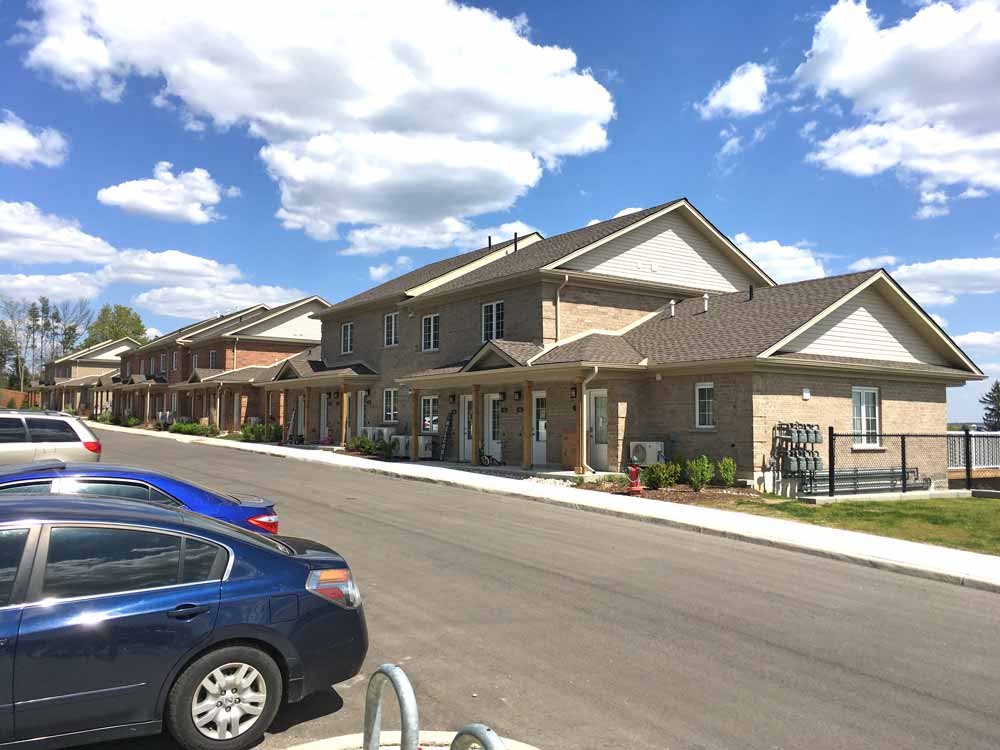 WELLINGTON COUNTY – The Guelph Wellington (GW) Habitat for Humanity ReStores have been running off and on throughout the pandemic.

Manager Deb Stanson estimates they’ve only had their doors open for a total of six weeks since the beginning of the year, noting, “its been an up and down year.”

Despite the challenge of operating in a pandemic the community support hasn’t waned. The restores have been able to run online shopping since the first closure, though Stanson admits that something is lost there. “If you buy that sofa for $50, but you come into the store… you may see something else that you’re gonna buy.”

Stanson explained some of the extra effort that has to go into running the store online, taking pictures and measurements, uploading it all to Facebook, and without that extra impulse shopping that tends to happen with in-person sales, it’s difficult. Not being able to take donations has been a challenge as well.

“I manage it all, but I still love going to the back warehouse when… donations are coming in because it’s like Christmas,” said Stanson.

The stores haven’t been able to take donations consistently, adapting to whatever the current regulation is. This means they’re currently low on stock.

Stanson stressed that GW Habitat for Humanity ReStores are now taking donations, Tuesdays to Saturdays 9am to 4pm.

On top of the lack of stock, lockdowns have not allowed for the same amount of volunteers, but it’s not for a lack of enthusiasm.

“I’m amazed at the amount of people that still want to come and volunteer,” said Stanson.

She hopes they will be able to have more volunteer engagement again soon.

GW Habitat for Humanity is looking to June 14, “for now we’re going to continue with the online [sales], until such time that we can open the doors,” said Stanson

Though there have been closures, the team hasn’t stopped working. There have been some fundraisers they’ve tried to get off the ground during the pandemic, not always with the best luck.

“We had hoped in April to have a donation station,” said community engagement specialist Rachel Hopf. The pop-up donation station would’ve provided a way to collect donations to resell at the store. It had to be cancelled when the stay at home order came into effect. They are hoping to try it again when things open.

There are still other fundraisers in the works, “we’re offering our Hearts for Homes monthly giving program. So for individuals that are looking to support us in our efforts in making more affordable housing opportunities available, you can go on… our website and sign up for an easy monthly payment as a donation to our organization,” said Hopf.

Hopf commented on the challenges of working from home and coordinating with the team. “But we’ve found alternative ways to work together… we’re using technology and having regular online meetings.”

Their most recent build Cityview village was completed last December, “we did a final push to ask the community to support us with wrapping up some of the remaining expenses, and we reached our target. So from that, we are just looking forward to developing our next big build,” said Hopf.

Despite the trials of the pandemic, GW Habitat for humanity is still moving forward, “It may look like a quiet time to the public, but we are behind the scenes working away trying to advocate for affordable housing opportunities in the community,” said Hopf.

Stanson spoke of how great the community support has been in this time, making a big difference to the stores. From volunteer enthusiasm to support with the online shops and continued donations, everything done to help out has been much appreciated.

“We’re very thankful and grateful to each other, and to our community and to our volunteers. Just really looking forward to when we can open the doors again and see everyone in person, and I think it’ll make a lot of difference,” said Hopf.