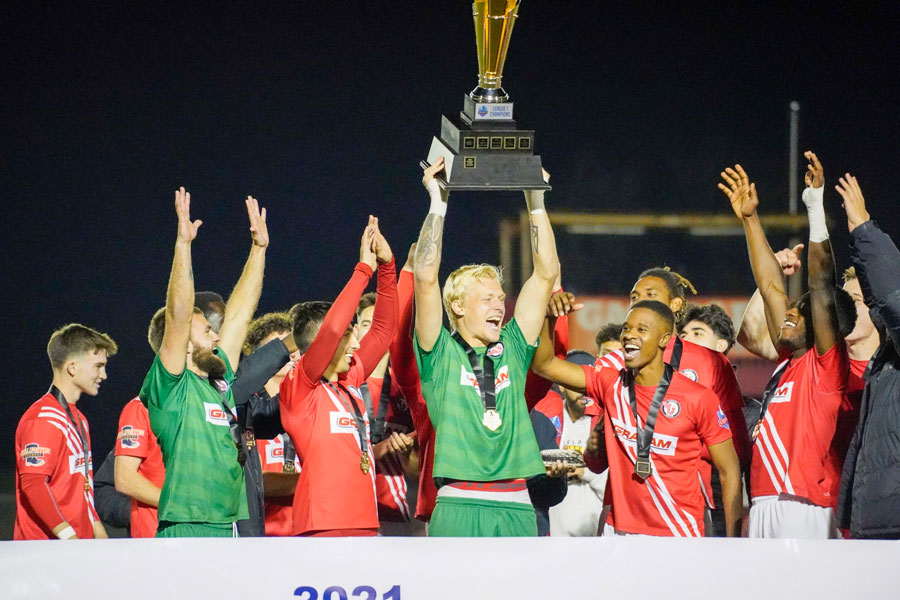 He’s back - Guelph United FC goalkeeper Svyatik Artemenk has returned to Guelph after a tour with the Ukrainian military. Submitted photo

GUELPH – The Guelph United FC goalkeeper who enlisted in the Ukrainian army when war broke out there, has safely returned to Guelph and is ready to return to soccer this season.

Svyatik Artemenko played for Guelph United FC in 2021 and signed a contract with a professional soccer team in Ukraine, where he was born, just days before the Russian invasion.

Artemenko decided to enlist in the army and help his fellow countrymen and women and has now returned to Canada after his military tour.

He will be rejoining Guelph United FC for the 2022 season.

“Svyatik is a talented, dedicated soccer player but he is an even better human being,” head coach Keith Mason said in a May 5 press release. “We couldn’t be more proud of him for standing up for the people and freedom of Ukraine, but we are also excited to see him safely back home.”

Artemenko returned just in time for Guelph United’s opening match of the Canadian championship against the H.F.X. Wanderers on May 10.

It was Artemenko’s 11th hour effort during the penalty shoot-out in last year’s League 1 Ontario semi-final match against Masters FA which helped the team secure their spot in the competition, the release states.

“The players and staff of Guelph United FC continue to send our love and support to Ukraine, and we ask that you keep the people of Ukraine in your thoughts and prayers during this time of crisis,” the release adds.