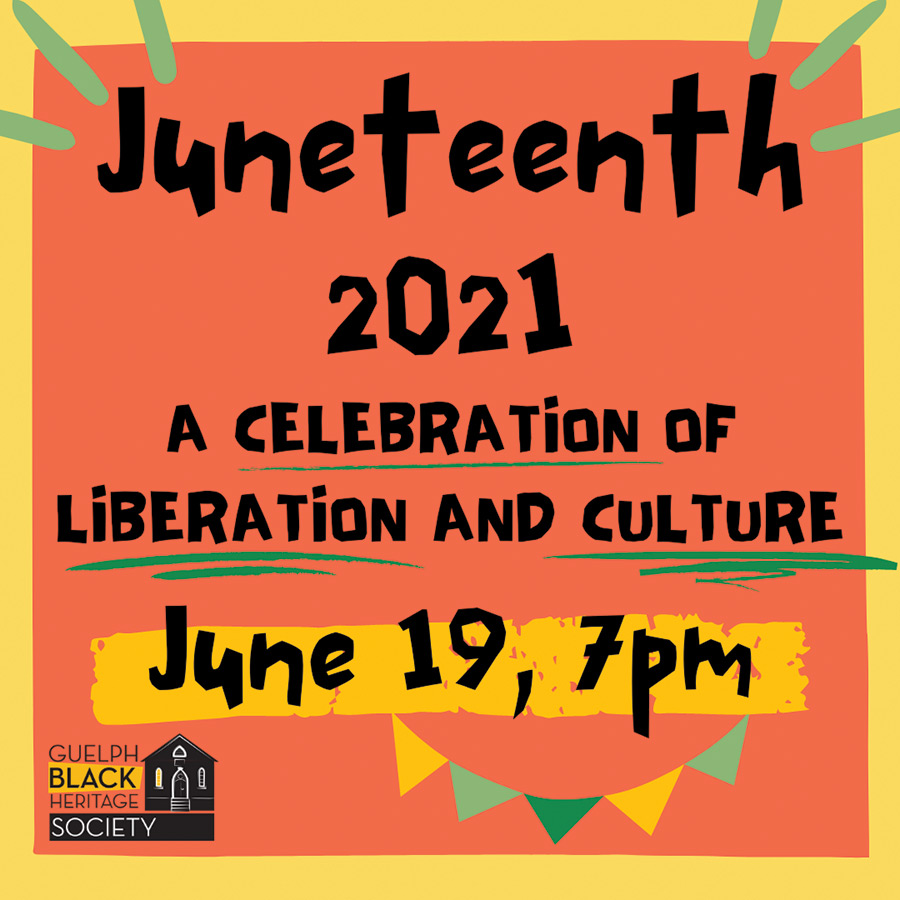 “The goal of this event is to educate the community on the Juneteenth holiday and celebrate with performances from Canadian artists,” states a GBHS press release.

“Juneteenth is a 156-year-old commemoration of the ending of slavery in the United States. We observe it on June 19 to memorialize the day in 1865 when, in Galveston, Texas, many enslaved Black folks were informed of the end of the Civil War and the abolition of slavery.

“While Juneteenth marks a significant day in Black history and a day of remembrance, it is also an opportunity to honour and celebrate Black history, heritage and culture.”

GBHS director of programming Alexis Charles said, “A lot of folks in Canada may not know about it, because its more celebrated in the states… you may think of it as similar to Emancipation Day.

“So Emancipation Day for us is Aug. 1, and that’s the day that slavery was legally abolished in Canada.”

The event will feature multiple performances, including contemporary and traditional gospel music performed by local artists, as well as a spoken word performance and a choreographed dance piece.

In an email, Charles noted that gospel/spiritual music is included as it is an integral part of Black culture.

Traditional gospel music has ties to the underground railroad, as songs like Wade in the Water would have messages to help guide people who were formerly enslaved to freedom.

Gospel/spiritual music plays an important role particularly in times of heightened social and political injustice, and continues to play a role this day.

Charles detailed some of the ways Juneteenth is celebrated in the U.S., with performances of songs, readings from works by Black authors, picnics and barbecues.

“So lots of different ways that you can celebrate Juneteenth in the U.S., so we thought we’d kind of bring that to Canada, because our histories aren’t as distinct as we often like to think they are.”

The event is open to the public, with an optional donation attached. “We’re being cognizant of … folks with financial situations at this time,” said Charles.

Proceeds will go to the #ChangeStartsNow Education Initiative to prevent and respond to racism in Guelph and Wellington County.

“This has been achieved by developing community resources and capacity to educate the community about racism, local Black history, and methods that members of the public can enact themselves to prevent racism and hate crime,” stated the press release.

“[It’s] kind of the first year but not really,” said Charles, who detailed how the GBHS has adapted to the pandemic, noting, “we definitely had to get creative.”

But the challenges have also brought change; “It definitely brought up opportunities for new kinds of events of programming that we could do,” said Charles.

To register for this free event click here. The suggested donation is $10 per person.