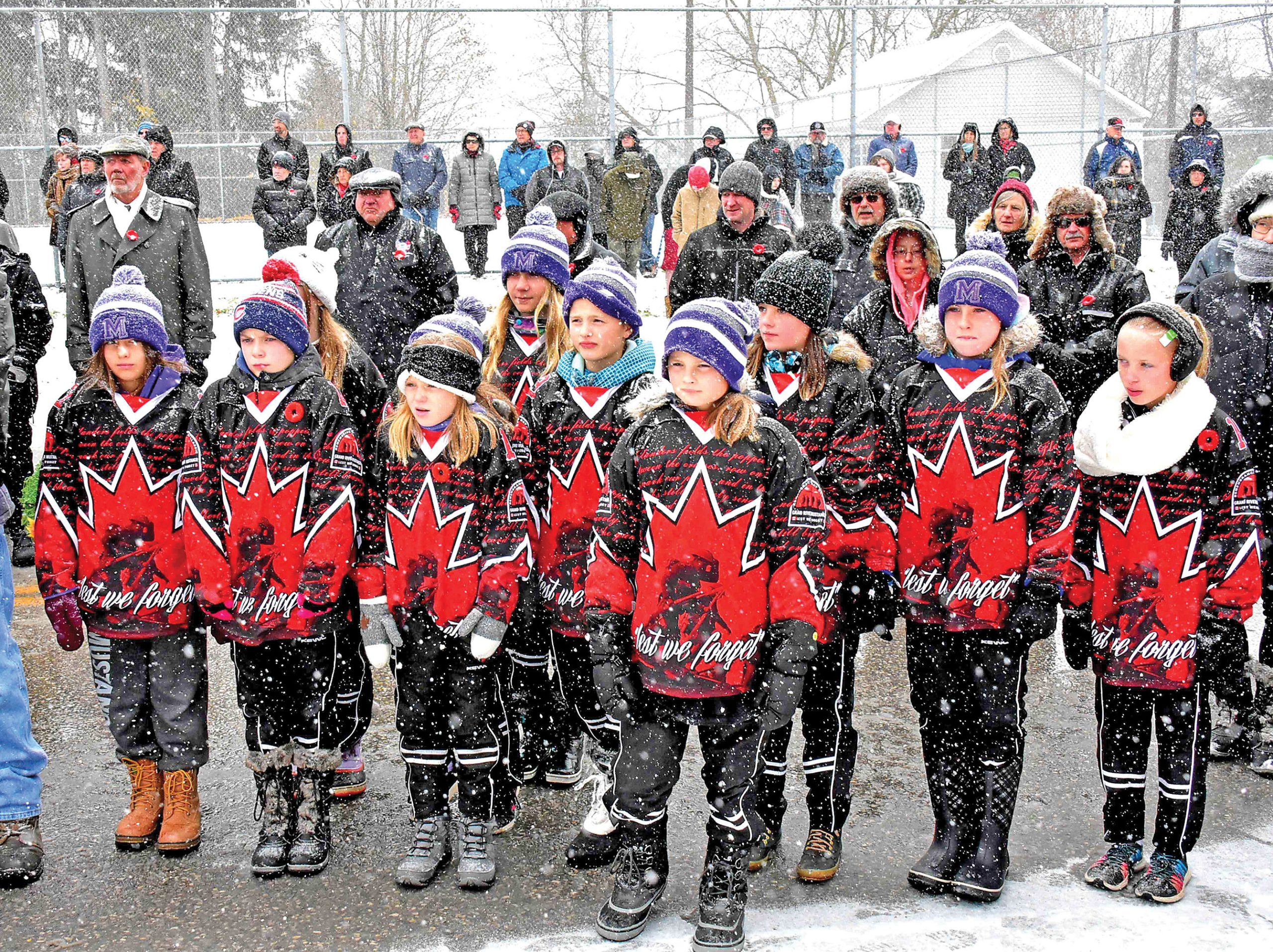 WELLINGTON COUNTY – The Grand River Mustangs female hockey teams will once again carve up the ice for the Remembrance Day Classic after last year’s hiatus.

Upwards of 900 players and families from 52 teams are expected to come through Fergus, Elora and Arthur for the annual tournament supporting local Legions and veterans.

Tournament convenor Ryan Kent said the executive team wasn’t sure what this year’s tournament would look like when planning began in August.

“We didn’t have the tournament in 2020 due to the pandemic but were able to get it fired back up this year,”  Kent said, adding it wasn’t until the last few weeks when they found everything could be brought together again.

In previous years, Kent said the remembrance ceremony has been a good attraction.

“The stands get quite filled up,” he said.

That could be the case again this year with capacity limits lifted completely for indoor sports arenas as of Oct. 25, with proof of full vaccination required for spectators.

Across three days, from Nov. 5 to 7, 133 games are slotted with the first puck dropping Friday morning.

“Some teams have gone out and got their own jerseys made which is really super cool,” Kent said of the tournament.

On Nov. 6 at the Centre Wellington Community Sportsplex, Fergus Legion branch Colour Guard members will be piped out for an 11am opening ceremony on the ice where a temporary cenotaph will be set up. Legion members will say some words and there will be a moment of silence to reflect on lives lost.

The Legion is also providing lunch for players on Saturday.

At the Elora arena, a similar ceremony will take place on Saturday at 1pm with Elora Legion members.

“We’re hoping folks not even involved in the tournament come out to support the community, teams and Legion all at once,” Kent said.

Fergus Legion branch president Randy Graham said the Legion’s new wireless payment poppy box will be relocated from the Fergus Zehrs to the Fergus arena for the tournament’s duration.

“It’s really a spectacle to see some of these uniforms,” he said, talking of the jerseys customized for the tournament.

Donations toward the Legion’s poppy fund from hockey groups and families over the weekend in past years have come in around $600, with those funds assisting veterans and their families.

Kent spoke of the organization’s appreciation for the Legions’ participation and said the tournament serves as a “great way to bring the community together.”