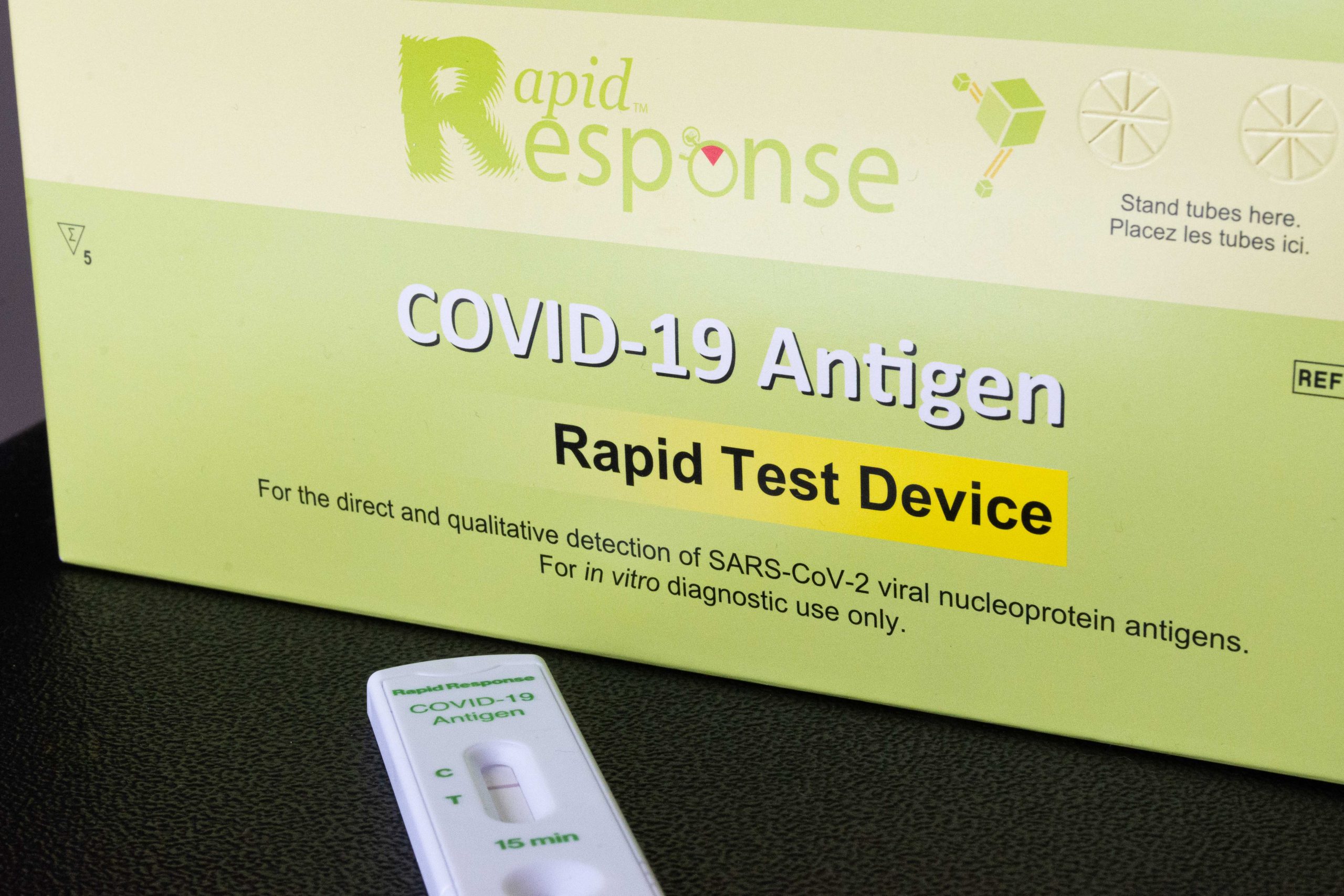 A recent narrowing of the eligibility criteria for who can access publicly-funded COVID-19 tests, combined with a shortage of available rapid antigen tests, is causing some Wellington County residents to seek out options elsewhere. Photo by Jordan Snobelen

WELLINGTON COUNTY – Getting a test for COVID-19 is no easy feat almost two years into the pandemic.

A recent narrowing of the eligibility criteria for who can access publicly-funded polymerase chain reaction (PCR) tests, combined with a shortage of available rapid antigen tests, is causing some Wellington County residents to to seek out options elsewhere.

The premier boasted of the 11 million rapid tests being sent home with students during the winter holidays, and claimed 50 millions rapid tests were “allocated and flowing” out across the province.

But the free rapid tests were quickly scooped up, with some appearing for sale online in the days following Ford’s announcement.

On Dec. 31 the province’s top doctor, Dr. Kieran Moore, announced PCR testing would be reserved only for high-risk individuals who are symptomatic and/or are at risk of severe illness from COVID-19, including confirming a COVID-19 diagnosis to begin treatment, as well as workers and residents in the highest risk settings and vulnerable populations.

In a recent call-out over social media, several Wellington County residents shared their challenges with finding testing for COVID-19.

One man said he visited multiple clinics and pharmacies for rapid antigen tests before giving up. A woman wrote stating she, too, was unable to locate a rapid test and another called several pharmacies in a failed attempt.

“There’s people who are at risk in my family,” she explained of wanting to test before returning home.

Cave called pharmacies to no avail and, with the new eligibility criteria, wasn’t eligible for a PCR test.

“The only way I was able to get a test … was by taking [one] from my boyfriend’s four year-old cousin who needed them for school – pretty unsettling,” she said, adding the provincial government was ill-prepared.

As a caregiver to a parent in a long-term care home, Erin resident Margaret Baird needs two negative rapid antigen tests within a seven-day period before she’s permitted to enter the home.

And though the tests are free, they need to be done on the home’s schedule, Baird said. If she can’t make it, she can’t be tested and can’t care for her mother.

Instead she makes the drive to Headwaters Health Care Centre in Orangeville to receive a PCR test – she’s one of the eligible.

“While I’m happy to do the less-than-fun tests in order to protect my mother and the other residents, along with being vaccinated and boostered … I wish both tests were locally available,” Baird wrote.

“We also postponed family Christmas until there were rapid [tests] available. Couldn’t, and still can’t, get the rapid tests for our family, so we wait.”

Arthur resident Paula VanDusen is eligible for PCR tests as a worker in a high-risk setting. She said she doesn’t bother trying to get tested locally, instead travelling to hospitals in Owen Sound or Hanover for testing.

Fifteen days after the province announced its “holiday testing blitz” a Dec. 30 press release stated: “Ontario currently has a limited supply of rapid antigen tests that are being prioritized for health care and highest risk settings.”

As a result, the province has urged the federal government to provide more rapid tests “as quickly as possible.”

On Jan.5 federal health minister Jean-Yves Duclos told the media 140 million tests will be distributed in January on a per-capita basis.