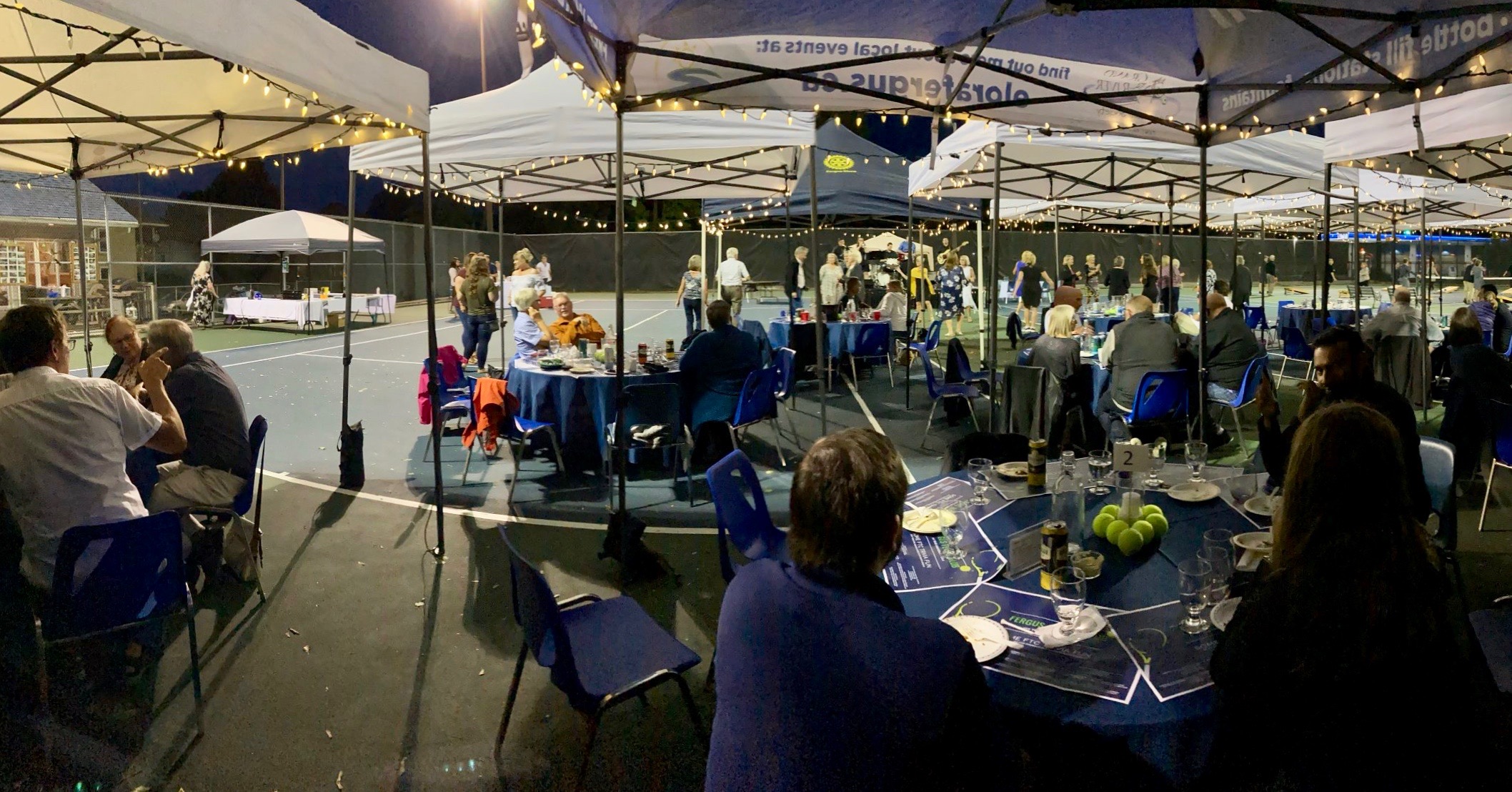 The Fergus Tennis Club turned 100 last year and was finally able to celebrate the milestone on Sept.10. The courts at Tower and Union streets were transformed with tents and lights for the soiree, which included dinner, live music and dancing. (Submitted photo)

FERGUS – It’s taken the Fergus Tennis Club 101 years to celebrate its 100th anniversary – 100 to reach the milestone in 2020 and an extra year for pandemic restrictions to allow for an outdoor gala.

The club held its gala on Sept. 10 at the courts on the corner of Tower and Union streets, with lights, dinner, live music and dancing.

It was hard to believe tennis was normally played there, so great was the transformation.

Sheila Hogarth, president of club for the last five years, said COVID-19 really changed things up for the Fergus club.

While in normal years the club has a membership of about 275, it has swelled since the pandemic began. Membership has been capped at 450 members just so there’s availability on the courts.

“We need more courts,” Hogarth said. She added that in 2020 the club decided to lower its membership fee to $25 to help people out during the pandemic.

As soon as tennis courts were allowed to open, the club was inundated with membership requests.

“This year we went back to our normal fee of $100 and they all came back. It’s kind of astounding,” Hogarth said.

The club boasts that it offers programs for everyone: children, beginners, experts, and all points in between.

The gala was capped at 100 guests and they all showed up too, Hogarth said.

The weather was fine, the meal delicious, and it was so fun to mix with people again, she said.

Had the event been able to go forward last year, it would have been less upscale and more community, Hogarth said, with dunk tanks and games for all ages.

“We had to cancel that. We just can’t host the community right now.