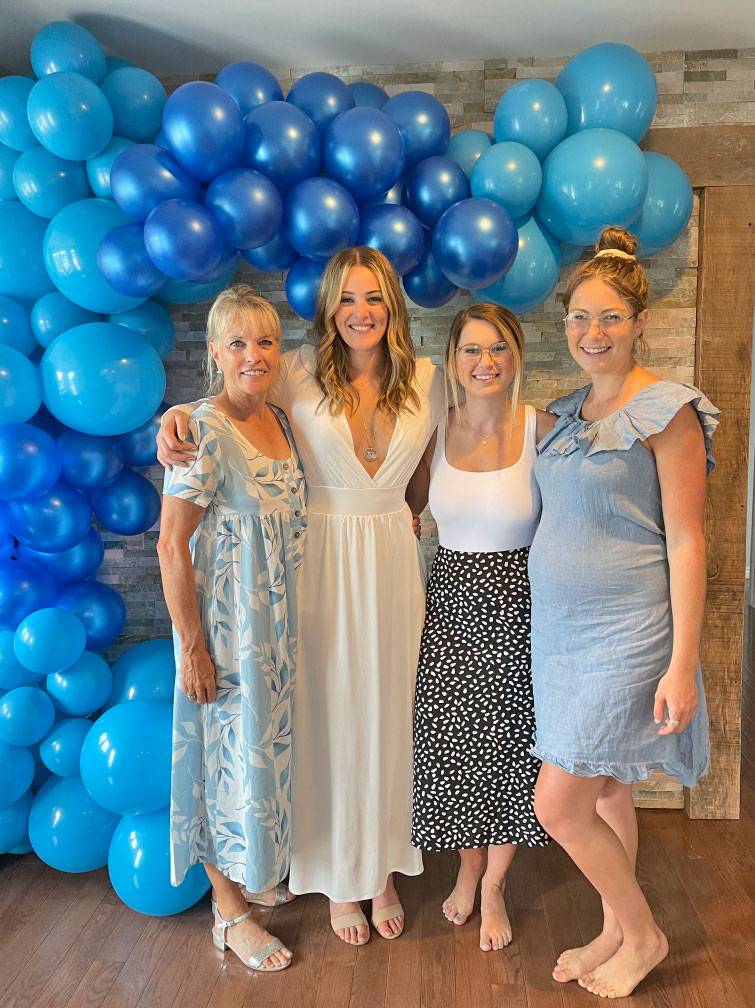 At 14 she was admitted to the hospital with toxic shock syndrome and her family, along with doctors and nurses,  didn’t think she was going to make it.

“I was fortunate enough that I did end up recovering … I was a bit of a hospital miracle,” said Einmann.

Now 27, Einmann is engaged and had some unconventional plans for her bridal shower on July 24, to pay tribute to the organization that helped her over a decade ago.

Einmann asked  guests to donate to the SickKids Foundation instead of buying a gift for the shower.

“I think it was one of those moments where we realized we had an opportunity to do something for a place that we cared about.”

Though she now lives in Cambridge, Einmann grew up in Erin, where her parents still reside.

After being dismissed by a number of doctors while seeking help at 14, it was a doctor at Georgetown Hospital who finally realized something was severely wrong, and “her immediate reaction was ‘we need to get this child to SickKids as fast as possible,’” explained Einmann.

She was rushed to SickKids and admitted for about three days. Einmann said it was due to the care she received at SickKids that was able to recover at all.

“They were all quite certain that I wasn’t going to make it,” she said.

Einmann didn’t want to have a bridal shower, saying it was too much, but after family insisted on it, this became her condition for having the shower.

Einmann created a fundraising page on SickKids’ website. The total amount raised for SickKids is $4,700.

The donation page included a blurb saying the donations would go towards building a new state of the art hospital and patient support building, continuing breakthrough research, and building partnerships across the country and around the world.

The younger Einmann started donating monthly two years ago. Prior to that she donated occasionally, typically for Christmas.

“Now that I’ve gotten a little bit older and I was able to buy a house and get myself settled, I figured, this is the time where I can now give back monthly in the way that I’ve always hoped that I could,” she said.