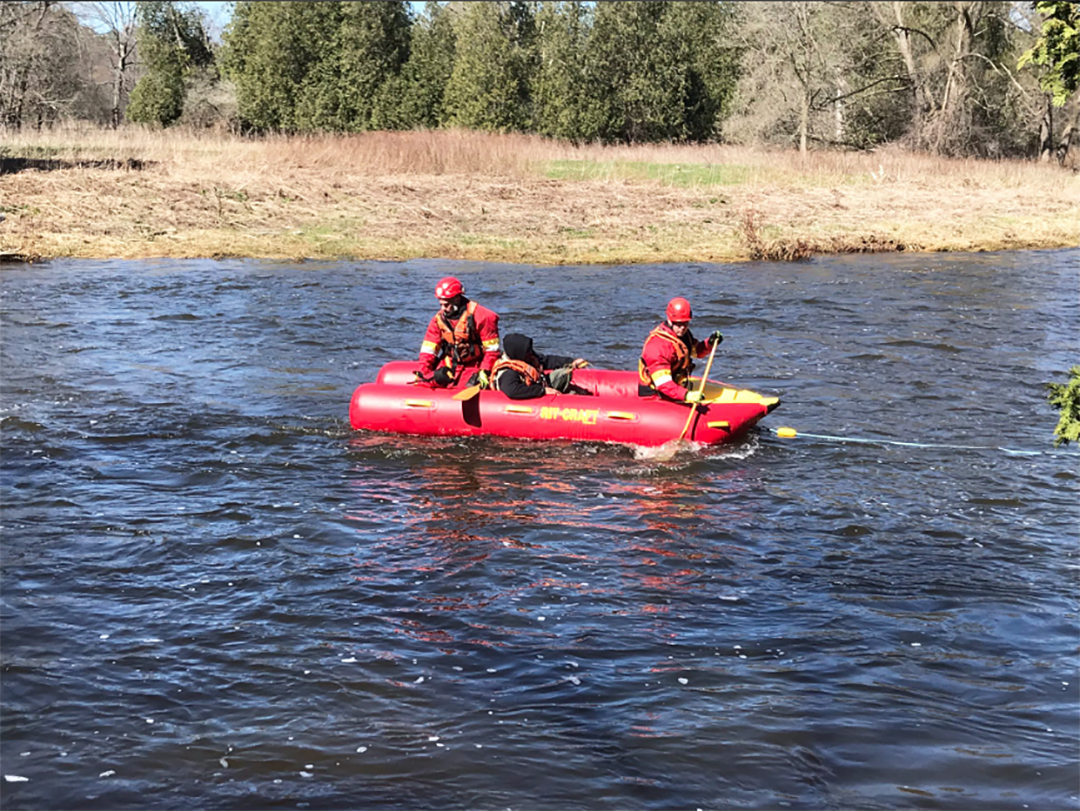 Routine rescue - Centre Wellington firefighters performed a water rescue on April 28 for a fly fisherman who became stranded on an island when water was released from the Shand dam and water levels rose. There were no injuries. Submitted photo

INVERHAUGH – Centre Wellington firefighters rescued a fly fisherman stuck on an island in the Grand River near Inverhaugh on April 28.

The man went fishing early in the morning and walked across the river to the island, explained Centre Wellington deputy fire chief Jonathan Karn.

“Several hours later … the GRCA (Grand River Conservation Authority) started to release water from the dam and … he couldn’t walk back over to the other side to the shore because the water had risen and was moving so quickly,” said Karn on April 29.

“We get it as a water rescue,” Karn said. “So we have no idea if that’s somebody clinging to a rock because they fell in or we don’t get … what the circumstances actually are.

“In this case it turns out … he wasn’t hurt; it was a very simple rescue, but we don’t know that really until we get there.”

Karn said two firefighters took an inflatable rescue boat across the river to retrieve the fisherman.

“It was all finished fairly quickly,” Karn said.

The firefighters were called at 10:30am and were completely finished by noon.

Karn said the public should be aware the depth of the Grand River, and the way the water is moving, can fluctuate daily.

“It’s all based on the Shand Dam releasing water or not, based on the rain and the snow melt and things like that,” Karn said.

“So that release is always fluctuating because they’re trying to control the level in Belwood Lake.”

However, he also said if someone does become trapped by water, they should call 911 as the fly fisherman did last weekend.