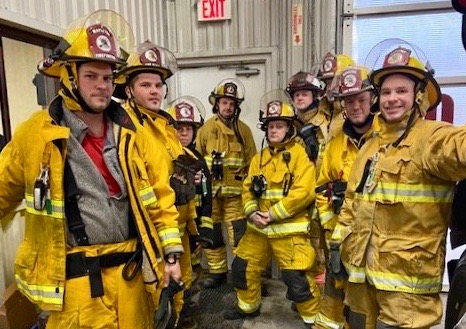 DRAYTON – The PMD Arena has been identified as an evacuation centre as flooding threatens downtown Drayton.

The Grand River Conservation Authority’s (GRCA) latest update states about 75mm of rain has fallen so far this weekend, with an additional 10 to 20mm expected on Sunday.

“Temperatures have remained above freezing throughout much of the watershed resulting in more rain and higher amounts of runoff into local waterways and more significant flooding than previously forecast,” states the update, posted at about 7pm on Saturday night.

Flows in the Conestogo River are similar to those experienced in June 2017.

Drayton was one of several Wellington County communities that experienced severe flooding on June 23 of that year, after the river breached its banks.

Mapleton Township firefighters began distributing letters to residents and businesses in downtown Drayton after 4pm on Saturday, warning of possible flooding and evacuation to the PMD Arena. 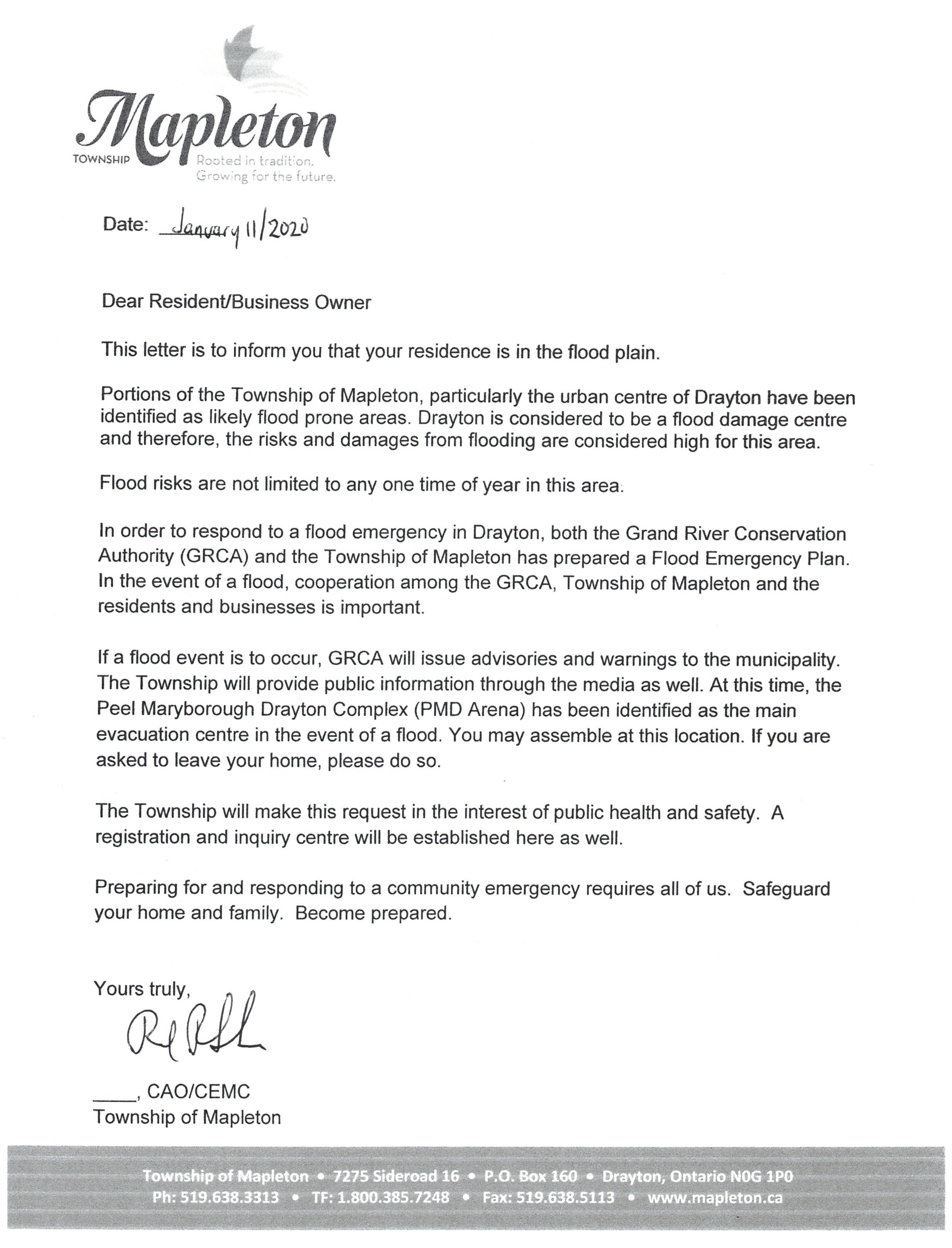 In Harriston, another area hit by severe flooding in June 2017, the Maitland River has risen substantially but, as of Saturday night, not to the level of June 23, 2017, when it breached its banks.

On Saturday morning, Minto public works officials asked residents to minimize use of water and wastewater for a period of 24 to 36 hours due to the possible impacts heavy rain could have on the town’s systems.

The Maitland Valley Conservation Authority had not posted any flood updates as of 9pm on Saturday night (future updates can be found here).

The GRCA’s latest updates and information on flows, weather and reservoir conditions can be found on the River Data section of its website.