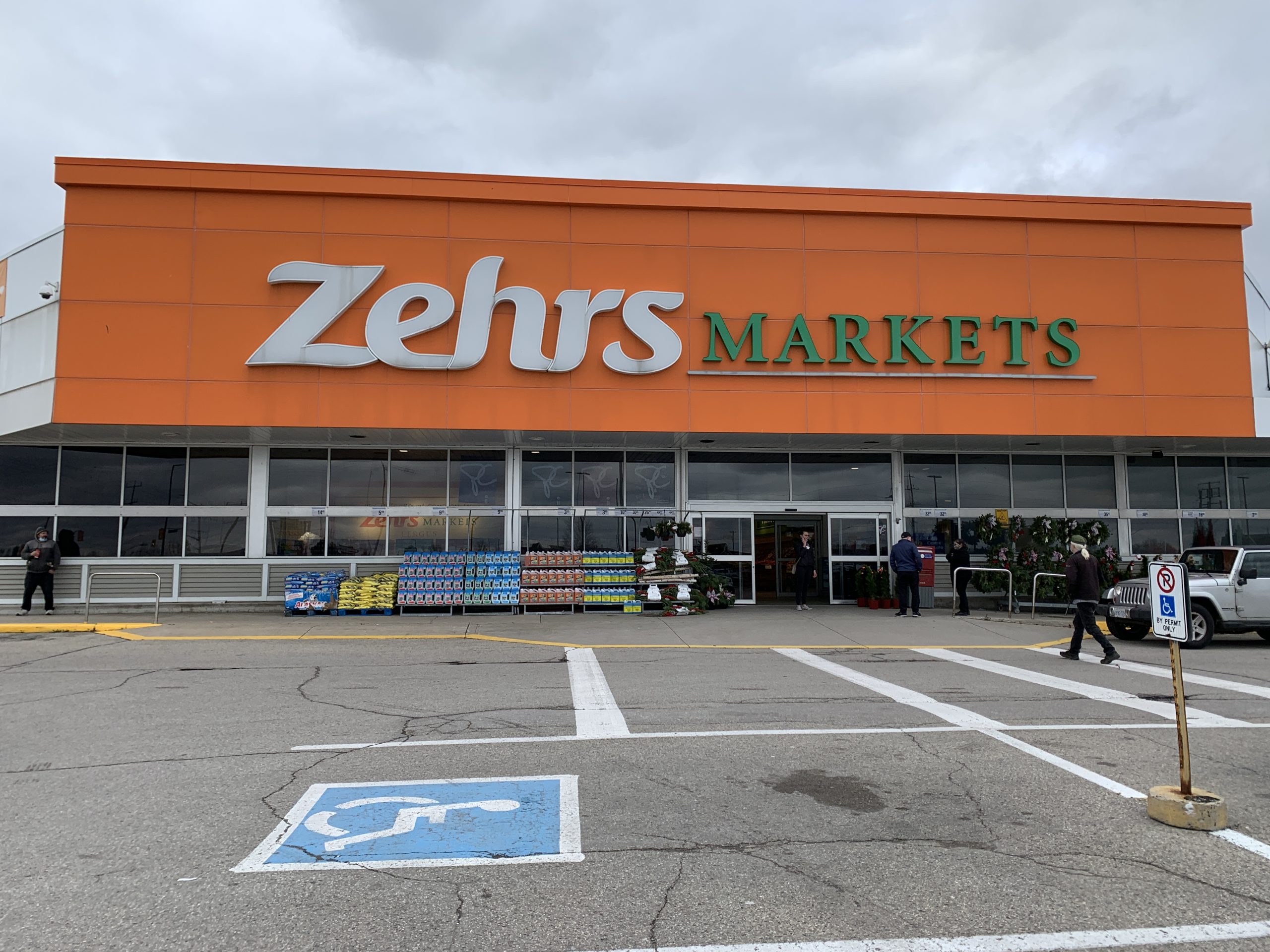 The Zehrs at 800 Tower Street in Fergus was closed after what is being described as an explosion in a compressor room, resulting in the spreading of Freon gas in the store. (Photo by Jordan Snobelen)

FERGUS – The Zehrs grocery store at 800 Tower Street was closed for several hours last week after what was described as an explosion in the store’s compressor room.

At around 11am on Nov. 18, Centre Wellington Fire Rescue Services received a report of a fire alarm at the Zehrs.

“That alarm was upgraded to a report of smoke in the building which prompted a response from both our Fergus and Elora stations,” deputy fire chief Jonathan Karn said.

“Firefighters investigated and along with maintenance staff that was on scene, we determined it was an explosion in the compressor room that involved a pressure relief valve,” Karn explained to reporters outside the Zehrs on Thursday afternoon.

“There were no injuries but there was haze throughout the building,” Karn said.

Freon, a colourless chlorofluorocarbon gas known as R-22 and used as a refrigerant, was released by the explosion and circulated throughout the store by the building’s air and ventilation system. The gas displaces oxygen and can result in dizziness and suffocation at very high concentrations.

Thanks to a maintenance worker who had been in the compressor room at the time of the explosion, firefighters were pointed in the right direction and were able to determine what had happened in less than 10 minutes.

“I’ve been told by the compressor company that pressure relief valve [is] like 500 psi, before it would [blow], so something’s going on over there; whether it has over pressurized, and I mean, that blows with force,” Karn said.

The deputy chief commended store staff on getting everyone out before trucks arrived.

“They did a really good job, they had everybody evacuated before we got here; the employees were standing outside, they had somebody at the front door not letting anybody else in, they did their sweep and got everybody out, so they did a great job,” he said.

Employees were sent home from their shift, with “no impact” to their wages from the lost time working, according to an email that day from Loblaws Public Relations.

An inspector from Wellington-Dufferin-Guelph Public Health (WDGPH) visited the store and assessed indoor air quality and risk to human health.

Direction from public health to store management was to “begin remediation of the refrigerant system and then to look at the type of refrigerant,” WDGPH spokesperson Danny Williamson told the Advertiser.

“There is not immediate risk, it’s really about, ‘how do they return the store to a state of safe operation?'” Williamson said, adding, “there is no threat to food safety” because the store had been ventilated.

The health unit did not receive any reports of inhalation exposure.

The store reopened on Nov. 18 at 5:15pm following repair work needed from the compressor malfunction, according to a later email from Loblaws Public Relations.

“The store was cleared by the fire department, as well as the local public health unit declared that there was no additional risk to our colleagues or customers,” the email stated, adding, “Out of an abundance of caution, we elected to dispose of all produce that was not packaged and immediately brought in fresh product from our distribution centre.”