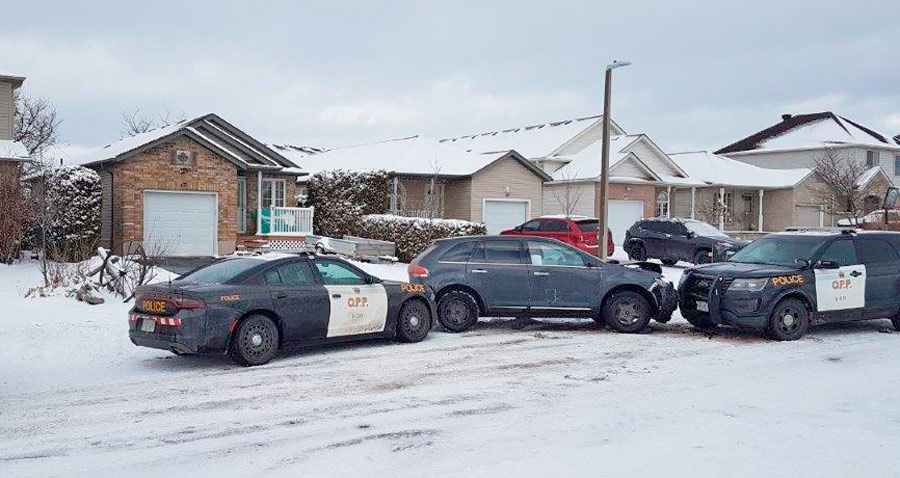 A Fergus man faces numerous charges after a series of crimes on Jan. 6 that injured one OPP officer and damaged three police vehicles. Submitted photo

FERGUS – A Fergus man faces 16 charges in connection with a series of crimes and subsequent attempt to flee police that injured one OPP officer and damaged three police vehicles.

The bizarre day concluded with the man’s arrest as well as the seizure of a large quantity of methamphetamines and cash.

On Jan. 6 at about 9:05am Wellington County OPP officers responded a collision involving a black SUV, which failed to remain at the scene, and a transport truck at the intersection of Wellington Roads 18 and 29, just outside Fergus.

About 30 minutes later the SUV was involved in a gas theft on Tower Street in Fergus.

After viewing video footage at the gas station, police were able to identity of the driver and confirm the vehicle was taken without the owner’s consent.

Police say the suspect, bound by bail conditions with another police service, was tracked via an ankle monitoring system to a house on Peglar Crescent in north Fergus, off of Gordon Street.

“Police attempted to block the vehicle in with their police cruisers, however, the driver accelerated forward and collided with the cruisers in an attempt to flee,” police stated in a press release.

“Officers were able to stop the motor vehicle and the suspect was taken into custody. Police searched the vehicle incident to arrest and seized a large quantity of methamphetamine and cash.”

Thomas Robert Wayne Stephens, 29, of Fergus, was charged with:

One OPP officer was transported to a local hospital with minor injuries and later released and three police vehicles were damaged in this incident. 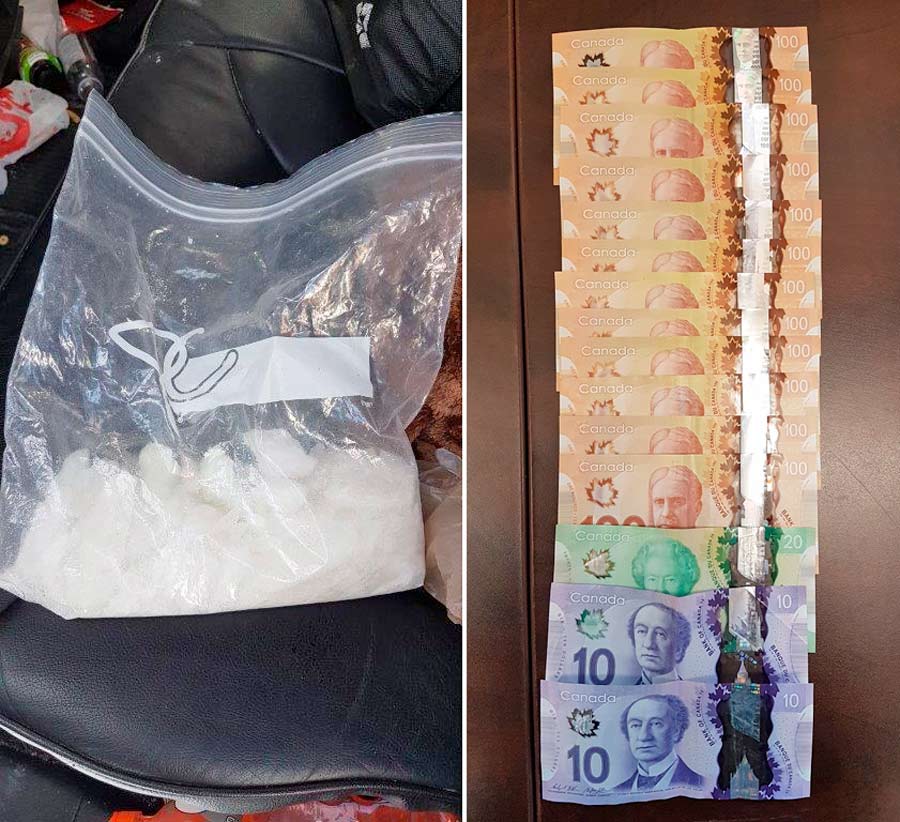 A Fergus man was arrested on Jan. 6 and police seized a large quantity of methamphetamines and cash. Submitted photo