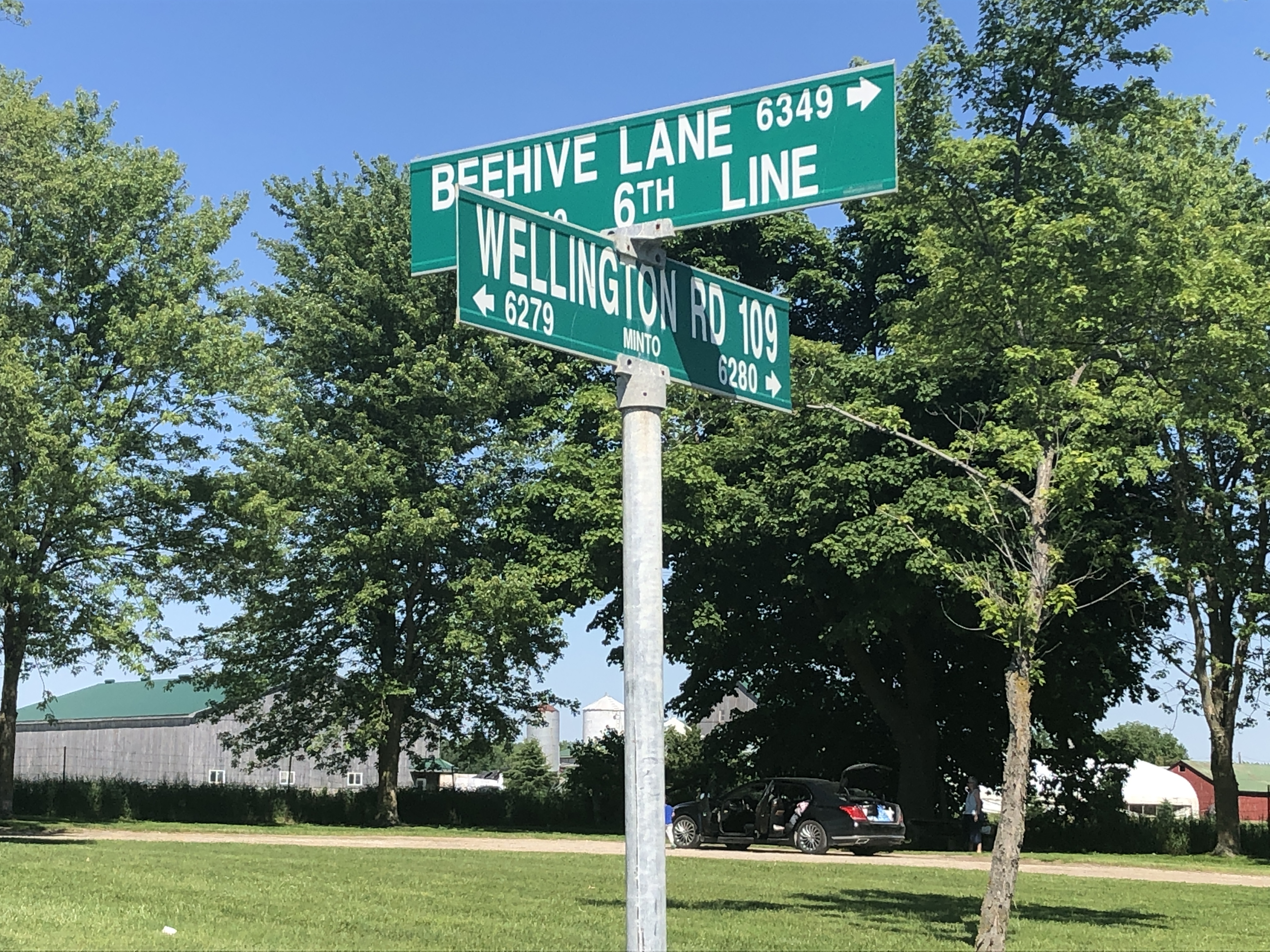 Town of Minto staff have recommended deferring further discussion of the future of Beehive Park until greater public participation is possible. Photo by Patrick Raftis

MINTO – It appears the fate of Beehive Park won’t be settled until larger public gatherings are possible.

A staff report at the time cited maintenance costs and vandalism concerns as reasons for disposing of the property.

Located on Wellington Road 109 between Harriston and Teviotdale, the park was the site of a one-room schoolhouse until the mid-1960s and was operated as a roadside rest stop by the provincial Ministry of Transportation after the school closed.

Members of the surrounding rural community and Beehive Women’s Institute are lobbying council to retain the land as a rest stop/park.

At the Jan. 21 meeting, about 18 members of a delegation and community supporters were in the gallery and numerous letters from local residents opposing the sale were included in the agenda package.

At that meeting, council referred the issue back to the Parks and Recreation Advisory Committee (PRAC), which had originally recommended council explore options, including a sale, for the park.

“My recommendation would be to send it back to PRAC for their reconsideration and, in turn, bring it back to council for their consideration. And in that time we get a chance to revisit everything that was said and everything that was brought forward,” advised councillor Ron Elliott at the Jan. 21 meeting, after councillor Mark MacKenzie suggested council reconsider the motion authorizing the sale.

The delegation was encouraged to attend a PRAC meeting and outline their concerns and proposal to retain the park.

Minutes of the March 4 PRAC meeting indicate that prior to a presentation by the delegation, Elliott, who chairs the committee, informed the group their presentation was for information purposes only and that PRAC was not in a position to make any decisions.

When the March 4 PRAC minutes were presented to council for approval on June 16, councillor Judy Dirksen asked if a three-page presentation made by the Beehive proponents to PRAC members should be “added to the minutes as an appendix.”

Clerk Annilene McRobb explained the report was included with the PRAC agenda at the time of the March 4 meeting and could be sent to council members if they wished.

“Some of council has not seen that three-page report,” said Dirksen.

“Some of the public has not seen that three-page report. And I believe they did quite a bit of work in putting it together.”

Dirksen noted council’s March 17 meeting was cancelled due to pandemic restrictions and “I feel like we’ve maybe dropped a few balls on this and there’s been some miscommunications back and forth.”

She suggested council “get clear on where we’re supposed to start again.”

“What’s the status of the report back to council that was requested?” MacKenzie asked.

“All we reported back to council is that we couldn’t do anything because council has passed the motion to sell the property. So until that motion is rescinded, we can’t make any motions on anything else,” said Elliott.

CAO Derrick Thomson explained the Beehive Park situation “was on the agenda” for the March 17 council meeting that was cancelled due to the pandemic.

Subsequent council meetings have been held via teleconference or video-conference.

“At that time, it’s my understanding there was a number of members of councillors that were thinking of doing a motion of reconsideration of the original council motion to sell,” said Thomson.

“Given the interest in the community on this subject, it’s staff’s opinion that we should really wait until we can have the public in attendance for you to reconsider that matter again,” Thomson continued.

He added, “Our hope was, once we can either meet in person again, and/or try to figure out a way to do a public meeting that everybody can be heard and seen, that we would just put it on hold until we can make sure we have enough public engagement on the issue for council to reconsider, or not.”

Council passed a resolution to receive the PRAC meeting minutes from March 4, April 27 and June 1, and approve any included recommendations.