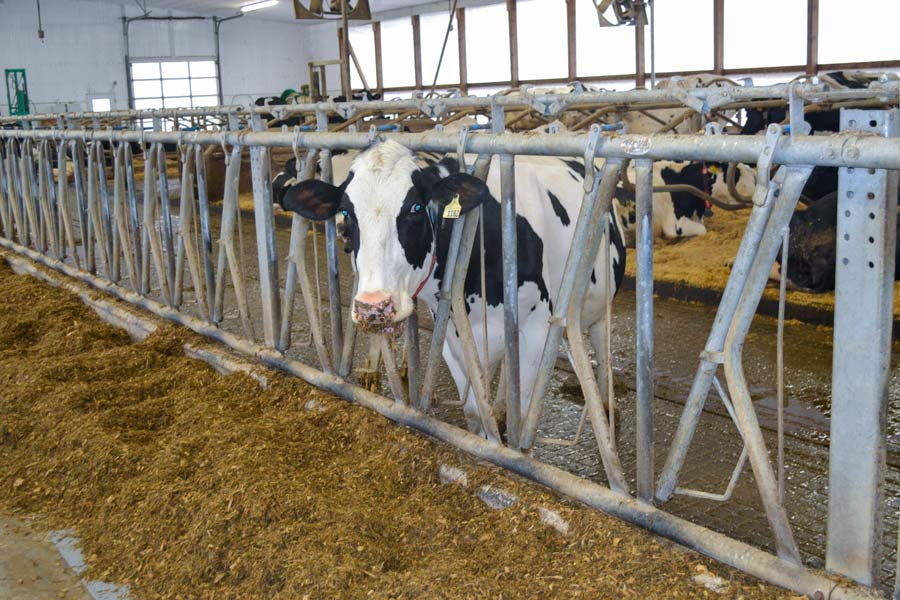 CENTRE WELLINGTON – Some see it as protecting private property and food safety, others see it as a way to silence free speech.

But there’s no question Bill 156, the Security from Trespass and Protecting Food Safety Act, 2019, merits full discussion before it passes into law.

The bill, which was introduced in October and began second reading in December, increases fines for trespassing on a farm or a slaughterhouse to a maximum of $25,000.

It also prohibits picketing and public demonstrations that interfere with transporting animals and it makes it unlawful to enter a farm or slaughterhouse under false pretenses, including undercover investigations by animal rights activists and journalists.

“When activists come on farms in coordinated protests, they are coming on to private land,” said Janet Harrop, president of the Wellington Federation of Agriculture (WFA).

“There’s not a lot we can do as farmers. This bill strengthens tools for farmers. Farms are where we work, but we also live there, so it’s like someone coming into your backyard without permission. It’s a threat.”

Harrop said there is also the danger that activists could unwittingly contaminate the food supply.

She said as a dairy farmer she knows there are regular and unannounced government inspections that look at milk quality, the environment, and animal safety and care.

“We have to be transparent to consumers and these animals are our income,” she said.

“I know some special interest groups feel we’re hiding things, but we’re not.”

However, some people see Bill 156 as a way to silence those trying to investigate cases of animal cruelty; they have dubbed it the “ag gag” bill.

“We have laws on the books about trespassing. That’s not what we object to,” said Kaitlyn Mitchell, a lawyer with Animal Justice, a not-for-profit organization that works with government to strengthen animal protection laws.

“It’s the ‘false pretense’ part. This is what people are flagging,” Mitchell said.

“If someone takes a job on a farm and doesn’t disclose their intention to investigate (claims of animal cruelty), this legislation shuts the door on the whistleblower.”

Mitchell cited three recent undercover investigations that exposed animal cruelty on farms but would result in charges against activists under the new law.

The first, an undercover investigation of Millbank Fur Farm outside Rockwood by Last Chance for Animals, led to further investigation by the Society for the Prevention of Cruelty to Animals (OSPCA) and 14 counts of animal cruelty. The case is still progressing through the court system.

The second was an investigation of Crimson Lane Farms, a pig farm near Arthur, by Last Chance for Animals. Footage was filmed between December 2015 and February 2016 but a subsequent investigation by the OSPCA yielded no charges and the regulatory compliance unit of the Ontario Ministry of Agriculture, Food and Rural Affairs found the farm to be in compliance.

Mitchell said these investigations prove that animal protection laws in the farming sector are weak and require public oversight.

The PAWS act would appoint a chief animal welfare officer and a group of inspectors who have the power to enter a facility without a warrant. Employees with concerns can lodge a complaint and there would be a follow-up investigation, but they would not be allowed to shoot their own footage.

“I don’t suggest all farmers are cruel to animals, but there is definitely a lack of public oversight.”

She said a group of constitutional lawyers from across the country have written to the Minister of Agriculture stating Bill 156 is unconstitutional.

Perth-Wellington MPP Randy Pettapiece said the legislation goes a long way to offering peace of mind to farmers who worry about animal activists and protestors coming on their farms.

“It’s stressful for farm families and (Bill 156) tries to address this,” he said.

“It’s also about food safety. It’s not that hard to contaminate the food supply.”

Pettapiece said the companion PAWS act deals with protecting animals and together the two bills offer better protection to people, animals and the food supply.

“These are two well-balanced bills,” he said, adding the hope is Bills 156 and 136 will pass into law before the House adjourns in the spring.