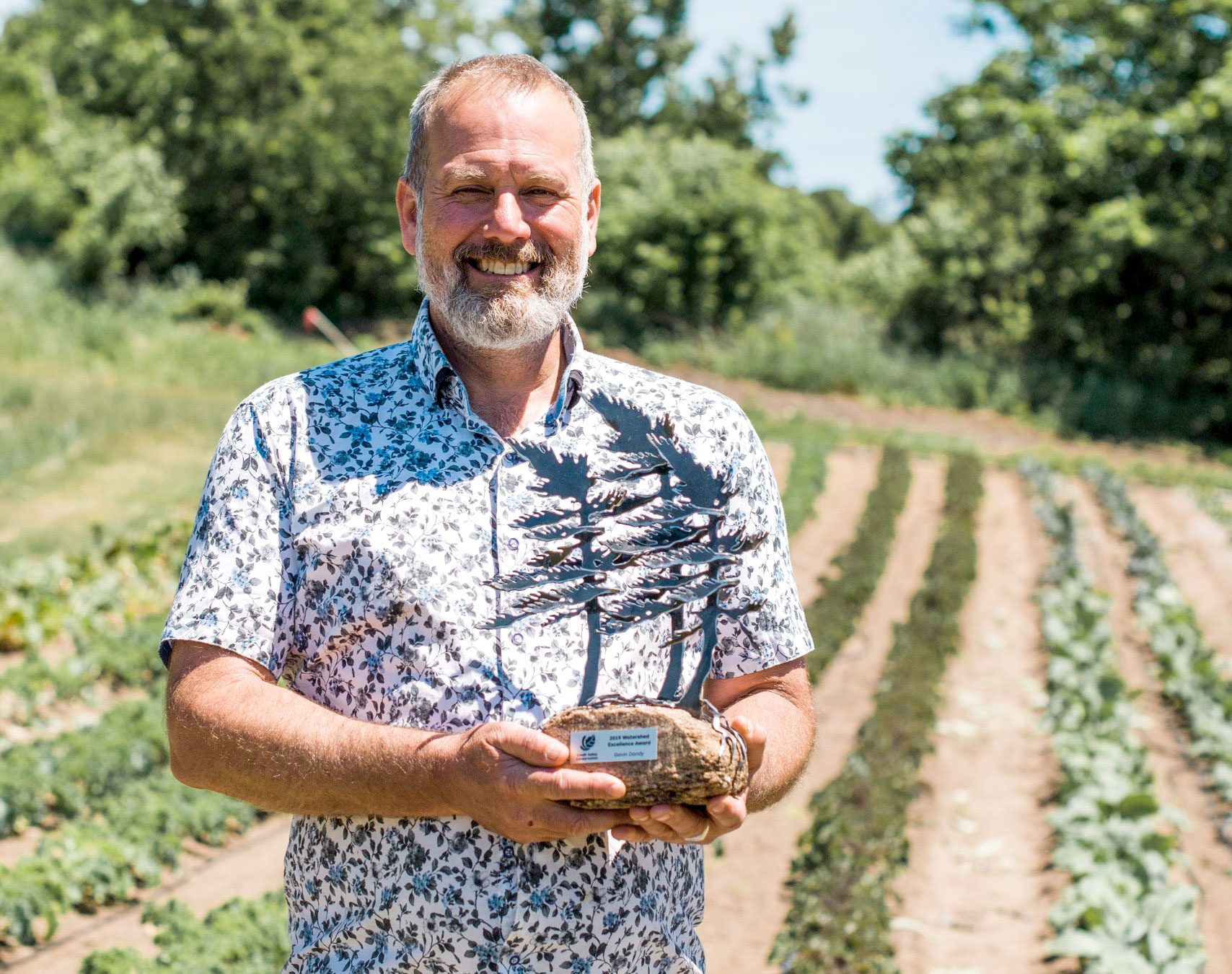 “It was really, really surprising,” Dandy said. “I was very happy and the first thing I thought of was all the people that fell behind this award and that I’m really just representing them in accepting the award,”

He emphasized how grateful he is to the people who have contributed to the work at Everdale, a community educational farm near Hillsburgh.

“It really is about them and the land and how it all comes together,” he added.

The award is a part of the CVC Friends of the Credit Conservation Awards. To celebrate, staff personally delivered awards through a physically distanced curbside drop-off.

CVC community outreach official Lindsey Jennings noted the Watershed Excellence Award is the CVC’s most prestigious award, and is only given in extraordinary circumstances.

“Gavin’s leadership is exceptional,” Jennings stated in an email.

“His deep belief in people, ideas and collaboration leave a legacy of social and environmental change that has made the community and watershed a better place.

“He has demonstrated a lifelong commitment to support nature and environmental awareness.”

Since the launch of Everdale, Dandy has supported the development of over 100 new farm businesses and hosted thousands of community members at Everdale farm.

As executive director of Everdale, he has also represented organic agriculture in Ottawa to the Minister of Agriculture, sat on the steering committee for the City of Guelph’s circular food economy proposal, participated on dozens of panels and had numerous media appearances.

“Gavin’s leadership is building a sustainable future in our local communities and bringing to light the importance of environmental awareness,” Jennings wrote.

“He is inspiring his community to act and create a healthy and vibrant future.”

Asked about all the work, effort and time he’s put in, Dandy said it all comes down to focusing on growing  sustainable food and what it means for the community.

“We’ve really been in a conversation and activities here at Everdale for the last 25 years that all revolve around how our local community can really engage in the amazing process of figuring out how to feed ourselves and at the same time live in a beautiful part of the world,” Dandy explained.

“And that we’re farming in a way that increases that beauty and that vibrancy and that diversity.”

He added Everdale’s hoping to be a part of the people and organizations that make Wellington County and surrounding areas one of the most productive and healthy food growing economies.

“I think when we focus on food and making positive changes to improve food locally, we’re really addressing a lot of challenges that exist,” Dandy said.

He added, “That’s why I think people are so motivated to be a part of this conversation and this work is because they know, they can see how it affects how doing good things on the land makes things better.”