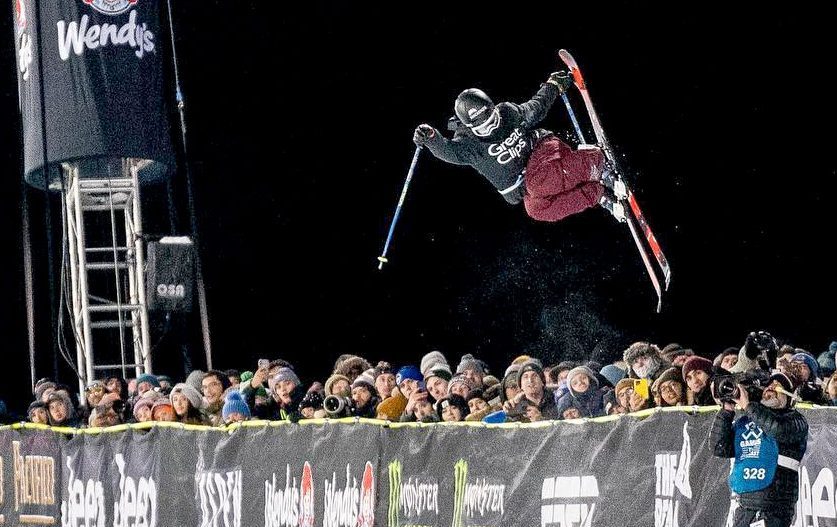 The Winter Olympics begin on Feb. 3, with Erin resident Rachael Karker participating in the women’s free ski half-pipe competition on Feb. 17 and 18. Karker is seen above in the middle of a run at a recent X Games competition. Photo by Simon D’Artois

CALGARY – Rachael Karker will make her Olympic Games debut on the half-pipe in Beijing in three weeks.

The Erin resident was one of 24 Canadian freestyle skiers across four disciplines selected on Jan. 24 by Freestyle Canada and the Canadian Olympic Committee to represent Team Canada at the 2022 Olympic Winter Games.

Karker, who served as the team’s first alternate at the 2018 Olympics, said she’s feeling very ready going into these games.

“This time it feels really different because last time I was fighting so hard for my spot and I didn’t get it,” she told the Advertiser.

“And this time to be going in just really relaxed and feeling really ready and strong is a great feeling.” 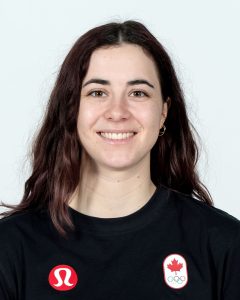 She added, “I’m extremely proud to be representing Canada and I’m super honoured to be a part of such a strong team going into the Olympics.”

The 24-year-old is no stranger to the slopes.

“Skiing was the first sport I ever did,” said Karker, who now spends winters training in Calgary.

“I learned to ski I think (when) I was about a year and a half old, so I don’t remember learning how to ski. It’s sort of like walking, I just know how.”

Athletes were selected based on their performances throughout the 2020-21 and 2021-22 seasons and selection priority was given to athletes who won multiple medals at targeted events.

Having stood on the podium at all three half-pipe World Cup events in which she competed last season, Karker finished third in the overall FIS World Cup half-pipe standings.

Interestingly, Karker left the sport at the age of 10 to compete in artistic gymnastics and later focused on the trampoline, but eventually found her way back to skiing.

“Mostly I wanted sort of a more relaxed environment towards sport,” she explained.

“I had been through a few really intense sports that were like extremely demanding, and a little bit too mentally demanding.”

Karker added, “I wanted to go back to a sport that was really fun, where I could just have fun the whole time and progress that way instead of having a really, I guess, strict rigid progression schedule laid out before me.”

Karker’s brother was skiing slopestyle and she decided she wanted to try it out. From there, she began skiing with him regularly at Blue Mountain.

“It was just so fun, and I was really good at it,” she said. “So I just kept going and here we are.”

As she heads into the games, Karker said she’ll be focusing on keeping the same routine and training on snow and in the gym.

“I try not to put too much emphasis on changing things before big events,” she explained. “I just like to keep things the same so that I don’t put any extra pressure on myself.” 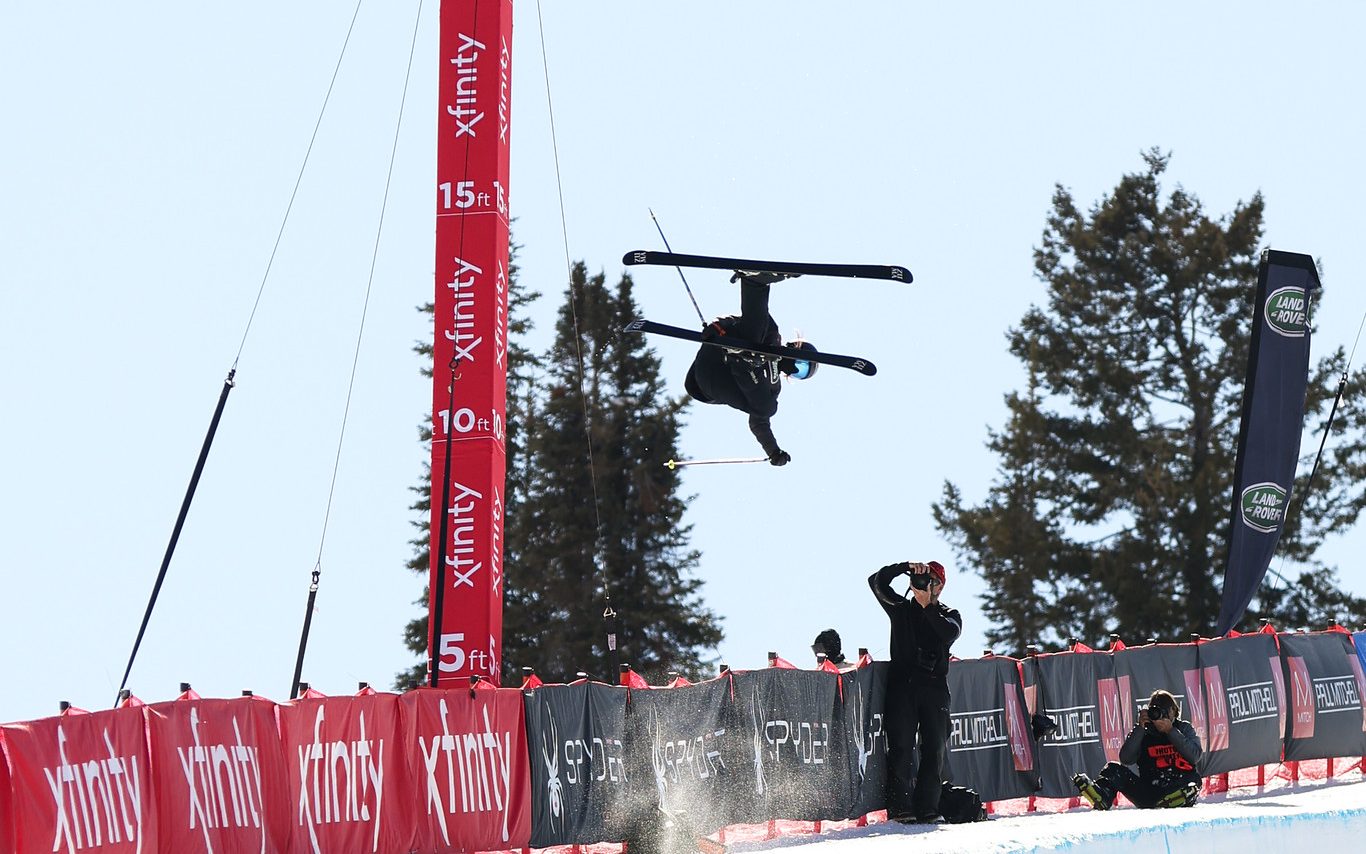 Karker competing in the finals at the 2021 Aspen FIS Snowboard and Freeski World Championships. Photo by FIS freestyle

The only part about her routine that will be very different, she noted, is that the athletes are on full lockdown right now.

Unless she’s going to hit the slopes or hitting the gym, Karker said she’s not leaving the house.

“It’s a lot more intense COVID wise, but other than that the routine is pretty much the same.”

Making it to the Olympics

Asked if she ever thought of herself competing at the Olympic level, Karker said it was always on her radar.

“It was always in the back of my mind,” she said.

“I did quite a few other sports before coming back to skiing and it was always one of the things that I would think about with any sport I was in.

“It didn’t really feel like it was a possibility until I had fully started skiing half-pipe when I was around 18-19,” she explained.

“And I was like, ‘this one could be it’ – this could be the one that works out for me and I’m super excited that has come true.” 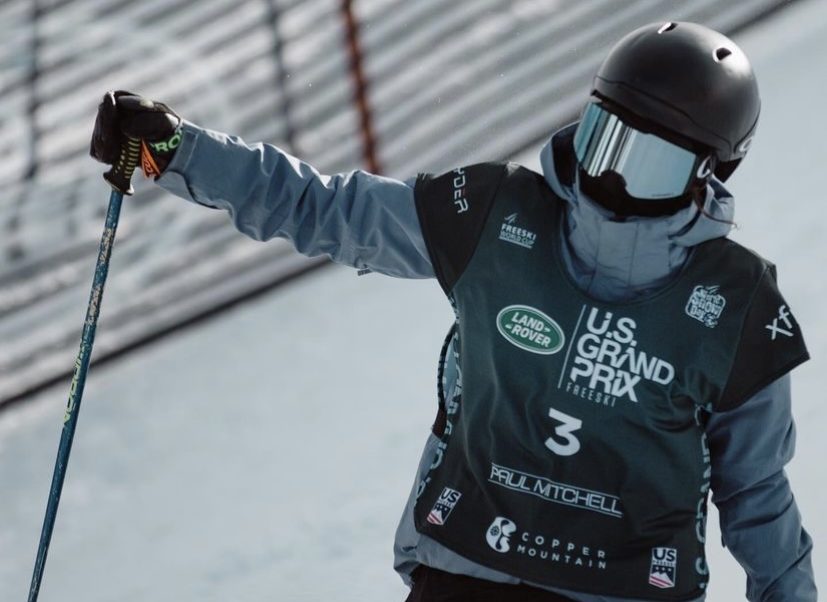 Karker said her biggest goal heading into the games will be to win a medal.

“I’d love to win,” Karker said. “I’m not trying to put too much extra pressure on myself, but I’ve been extremely consistent over the last three years competing, and I think I have an extremely good chance of medalling at the games.”

But a medal isn’t the only thing on her mind – she’s also looking forward to enjoying herself.

“I know it’ll be sort of intense and different with COVID and not having spectators but I’m hoping it’ll be really fun,” she added.

“I’m excited to have my teammates there, so I’ll be able to see them, and we can make the most of it.”

“I’m very good at competing,” she explained. “Even in adverse conditions, I usually can figure out a run that will do well, and I mostly have just learned that I, as a person need to stay relaxed.”

For the young athlete, competing is a balancing act. 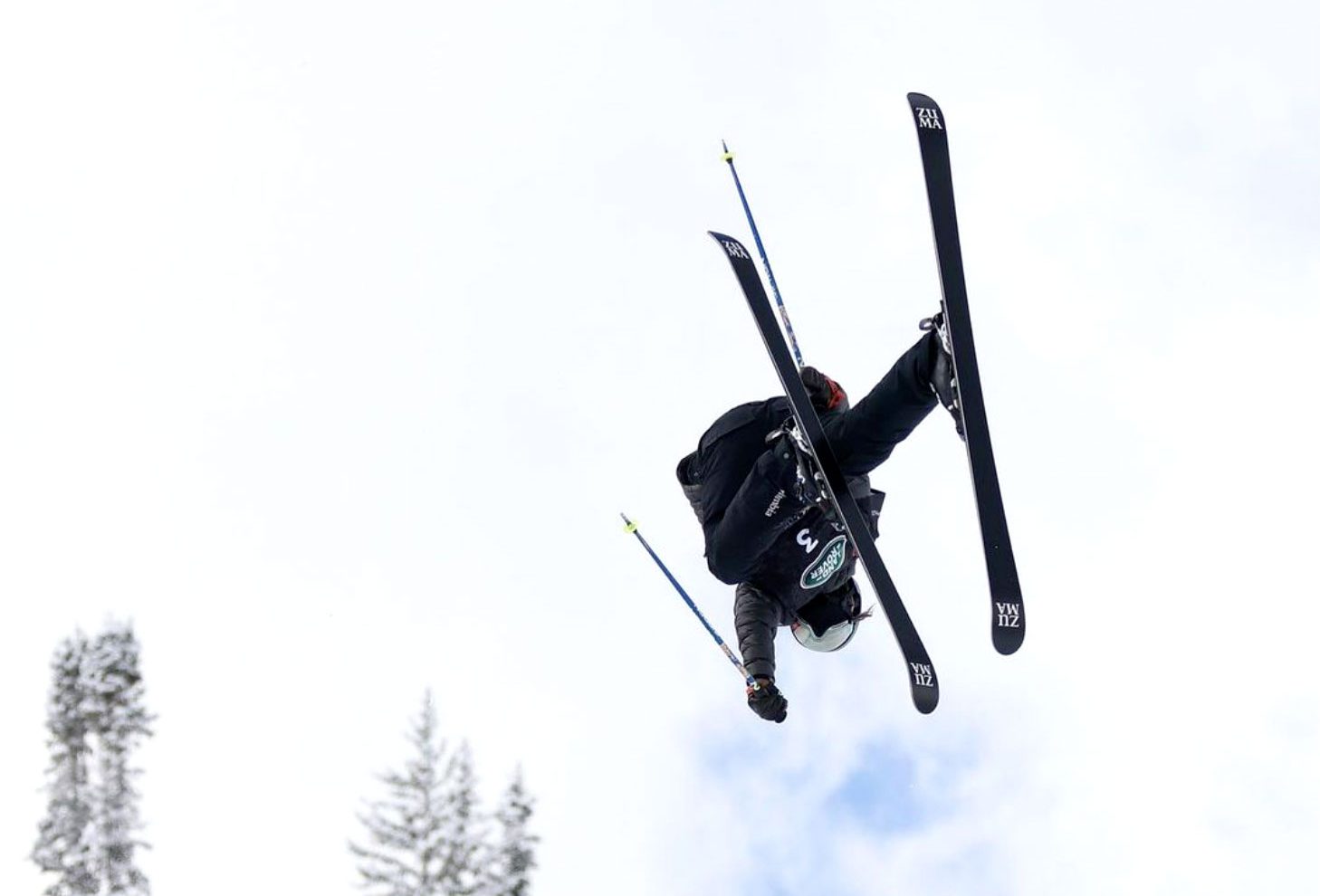 Karker competing at the World Championships in 2021. Photo by FIS freestyle

“I try to stay on a neutral level mentally, whenever I’m training and competing, because anytime it’s too much excitement or too much of a negative emotion like anger or stress, then I tend to mess up on things,” she added.

“And so if I stay sort of in the middle … then that’s where I tend to thrive.

“It’s pretty much just learning how to control that; just blocking out all the external influences and sort of just centering myself and staying in that zone when I’m competing (that) has probably been my biggest asset for the last few years.”

The Winter Olympics begin on Feb. 3, with Karker’s event, the women’s free ski half-pipe competition, taking place on Feb. 17 and 18.

“I’m just looking forward to enjoying the experience and trying to ski my best is my biggest goal going in,” Karker said.

“That’s all I’m thinking about right now is just how to ski my best when I’m there.”