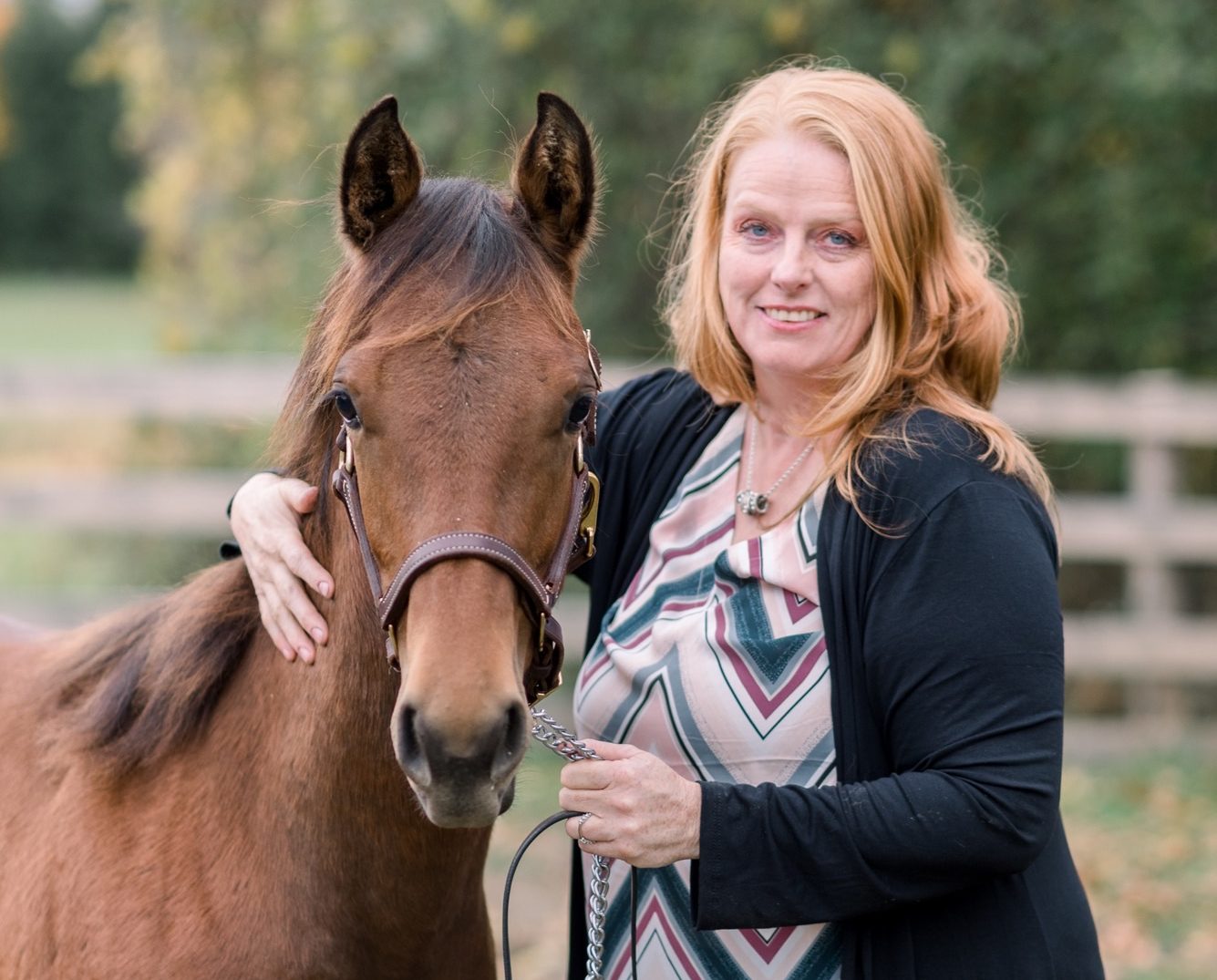 Janine Domingos stands with her foal, Captain, last fall. Captain got spooked by fireworks, ran into the paddock gate, and injured himself so severely he was eventually put down in December. Now Domingos wants a fireworks ban in Erin, to save pets and livestock.
Photo by Kelsie Kathleen Photo + Cinema

ERIN – A tragic event last April that eventually led to the death of her horse has Janine Domingos preparing a presentation for Erin town council and hoping councillors will sympathize, understand and ultimately ban fireworks in the municipality.

“We didn’t breed our mare this year. I just can’t deal with it right now.”

Domingos and her husband own property just south of the village of Erin where they have a hobby farm and breed horses.

Captain was born prematurely and had to be kept indoors until he was stable.

He was two months old the first time he was allowed outdoors – on Easter Sunday, 2020. The second time was the next day, Easter Monday.

Domingos said she was working from home and around 8am, she suddenly heard a “pop, pop, pop” sound coming from outside.

“At first I thought it was a gun,” she said. “I was scared to go outside.”

Domingos now believes it was a neighbour who let off the fireworks. She’s had trouble with him before.

The four horses in the paddock scattered when they heard the bang and Captain crashed into the gates trying to run away.

“We didn’t know he was injured at first,” Domigos said.

“But he got to the point where he couldn’t stand up. So we called the vet and took him to the University of Guelph.”

There it was learned that Captain had suffered three fractures to his hips and a spinal fracture.

He had surgery to fix the breaks and Domingos and her husband doted on him over the summer.

But by fall Domingos had an inkling he wasn’t healing properly and a scan in December indicated the worst news possible. They had to put him down. 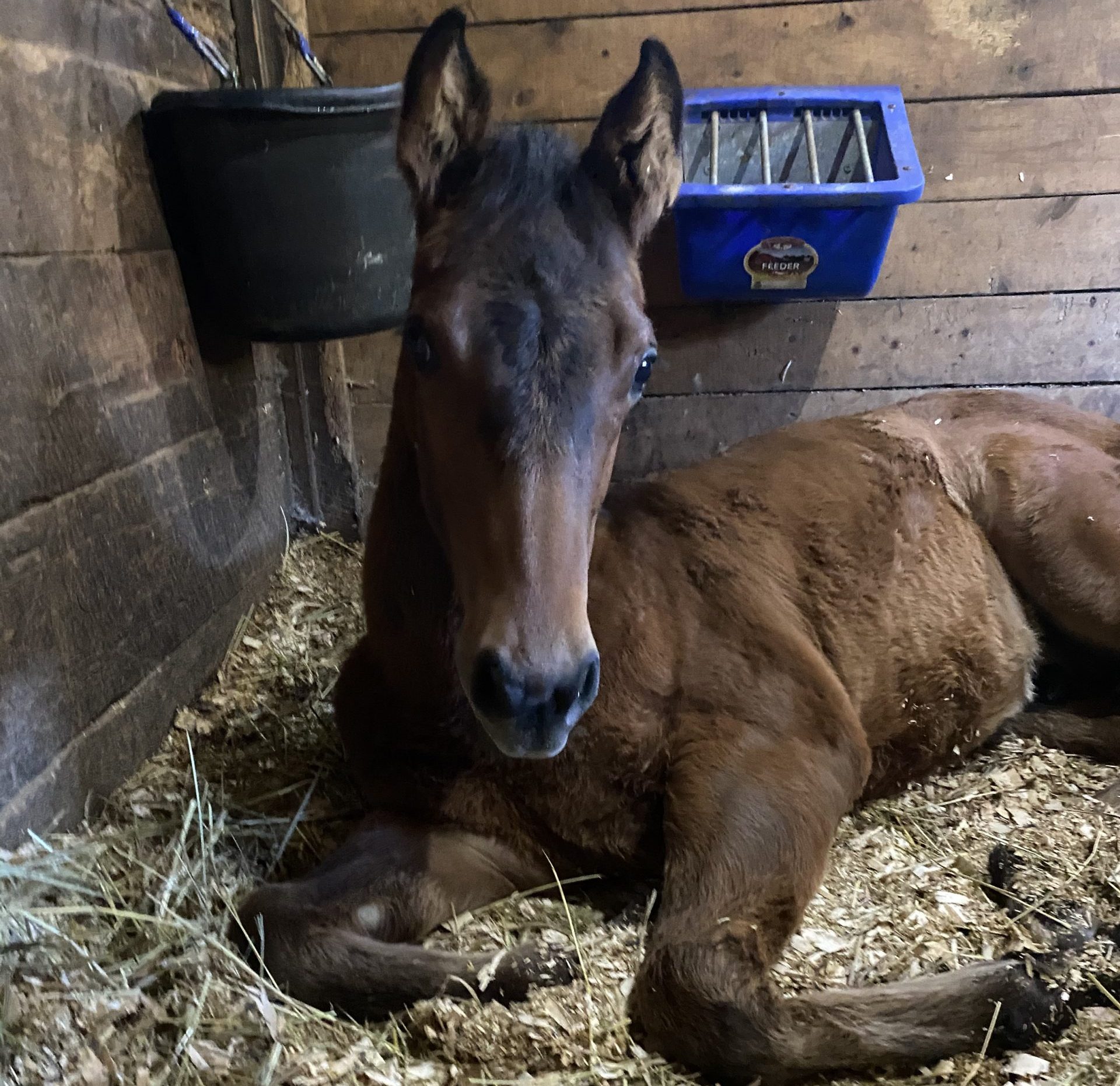 “I didn’t care that he wouldn’t be a show horse. He was just a very special horse. And we did everything we could to save him,” she said.

“It is a lot of money, but this is really about the heartache,” she said. “I don’t want his death to be for nothing.”

Animals being spooked by fireworks is an age-old problem for livestock and family pets, she said.

Domingos created a petition at change.org and is preparing a presentation for Erin council in April.

She’d like council to pass a bylaw restricting fireworks displays in Erin to commercial pyrotechnics businesses with the expertise to set them off safely. Such a business would have to apply for a permit and not let fireworks off in close proximity to livestock.

“I don’t dislike (fireworks) but not in the hands of people who are intoxicated.”

Domingos said she’s collected 20,000 signatures on her petition from near and far.

“I don’t have a beef with the town. It’s not their fault,” she said.

“I just hope they will hear me and make a positive change.”

She continued, “And I don’t know how the community will feel about it either. But I do know there has to be a safer way.

“I understand people need to enjoy themselves, but it needs to be done in a safe, responsible fashion.”

The petition can be found by clicking  here.