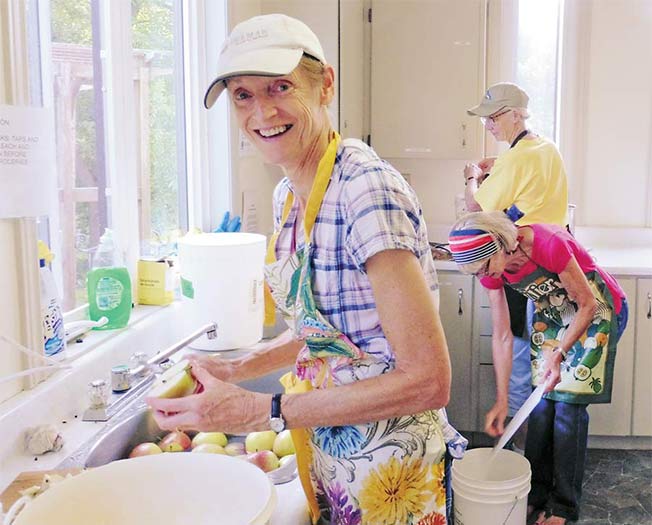 ERIN – Erin Refugee Action continues to raise funds for the support of people fleeing danger, with promotions such as the sale of apple crumbles.

Most recently welcomed was the family of Mohammad and Souzanne Hizan.

“This is one of the best days of my life,” said Souzanne, amidst hugs and tears, when she and her family finally arrived at Pearson International Airport last March.

The journey to Canada was not easy. Souzanne had been living happily in her hometown of Aleppo, Syria with her husband Mohammad, a skilled machinist, and their children Asmaa and Aref. But in 2011, civil war broke out.

The Hizans were forced to flee their beloved country. They finally managed to reach and cross the border into Lebanon where they found a semblance of refuge for five years.

That is where Erin Refugee Action – a group of friends and neighbours from Erin – heard about the Hizans’ plight and applied to sponsor them to come to Canada. The process took two years to come to fruition. Even the last week of their departure was fraught with delays and disappointments.

The Hizans are the second family sponsored by Erin Refugee Action. The Hamouds, also a family of four, came from Syria in 2017.

They are now self-sufficient and living in Kitchener, but it takes a year of financial support to help newcomer refugee families make their start in Canada.

Erin Refugee Action raises this money through donations and fundraisers. One of its most successful is the making and selling of apple crumbles. 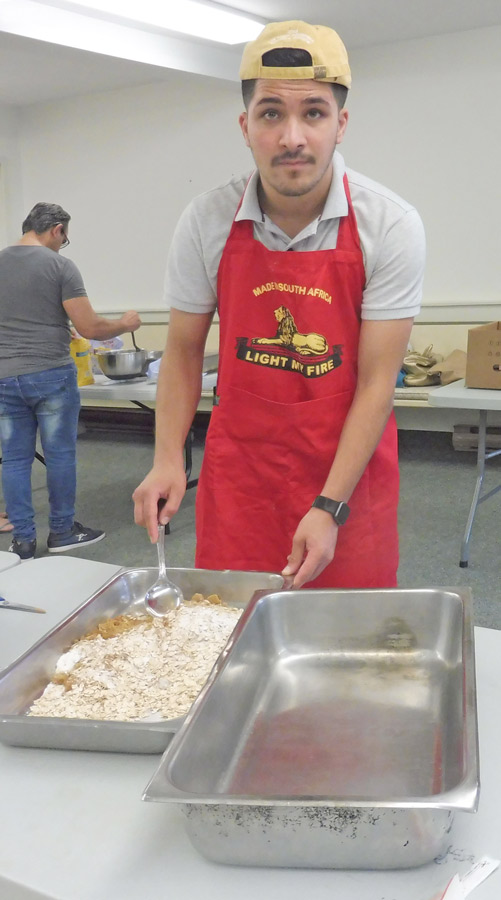 Nasar Nasrati, whose family is being sponsored by Erin Refugee Action to come to Canada, adds toppings to the crumbles.

This is the third year of making the apple crumbles. Members gathered Sept. 21 for the “crumble rumble” at All Saints Church in Erin to mix and package the ingredients, all generously donated by Longo’s grocery stores.