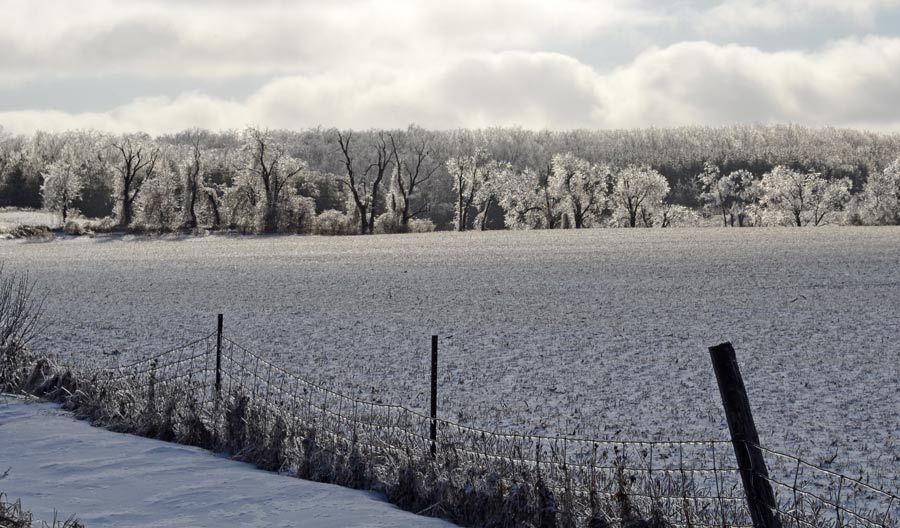 ERIN – The provincial government wants to add roughly 7,000 acres of land belonging to the Paris Galt Moraine and located in Erin to the Greenbelt while it subtracts around 7,400 acres of protected land primarily in the GTA for housing development.

There are 15 areas within the Greenbelt the province wants to remove from protection or redesignate through its controversial Bill 23, also known as the More Homes Built Faster Act, so 50,000 homes can be built by 2025 without “regulatory burdens” getting in the way.

The province suggests the population within the Greater Golden Horseshoe will increase over the next decade by at least two million people, and claims its legislation will provide for 1.5 million homes in that timeframe.

The government also claims its proposed changes and the addition of urban river valleys (consulted on earlier this year) will lead to an “overall expansion” of 2,000 acres to the Greenbelt.

The area the province wants added to the Greenbelt spreads north from its southwesterly limit at 4th Line, stretching west to Sideroad 17 and slightly past Wellington Road 50 to the east, before crossing 5th and 6th Lines and bending inward to Wellington Road 124.

The area spans beyond Trafalgar Road, encompassing all of Brisbane, before the swath comes to a stop ahead of 8th Line, meeting the current Greenbelt boundary.

At a Nov. 24 Erin council meeting, councillor John Brennan asked the town’s director of planning and development, Jack Krubnik, for a “flavour” of the practical implications for those living within the proposed expansion area. 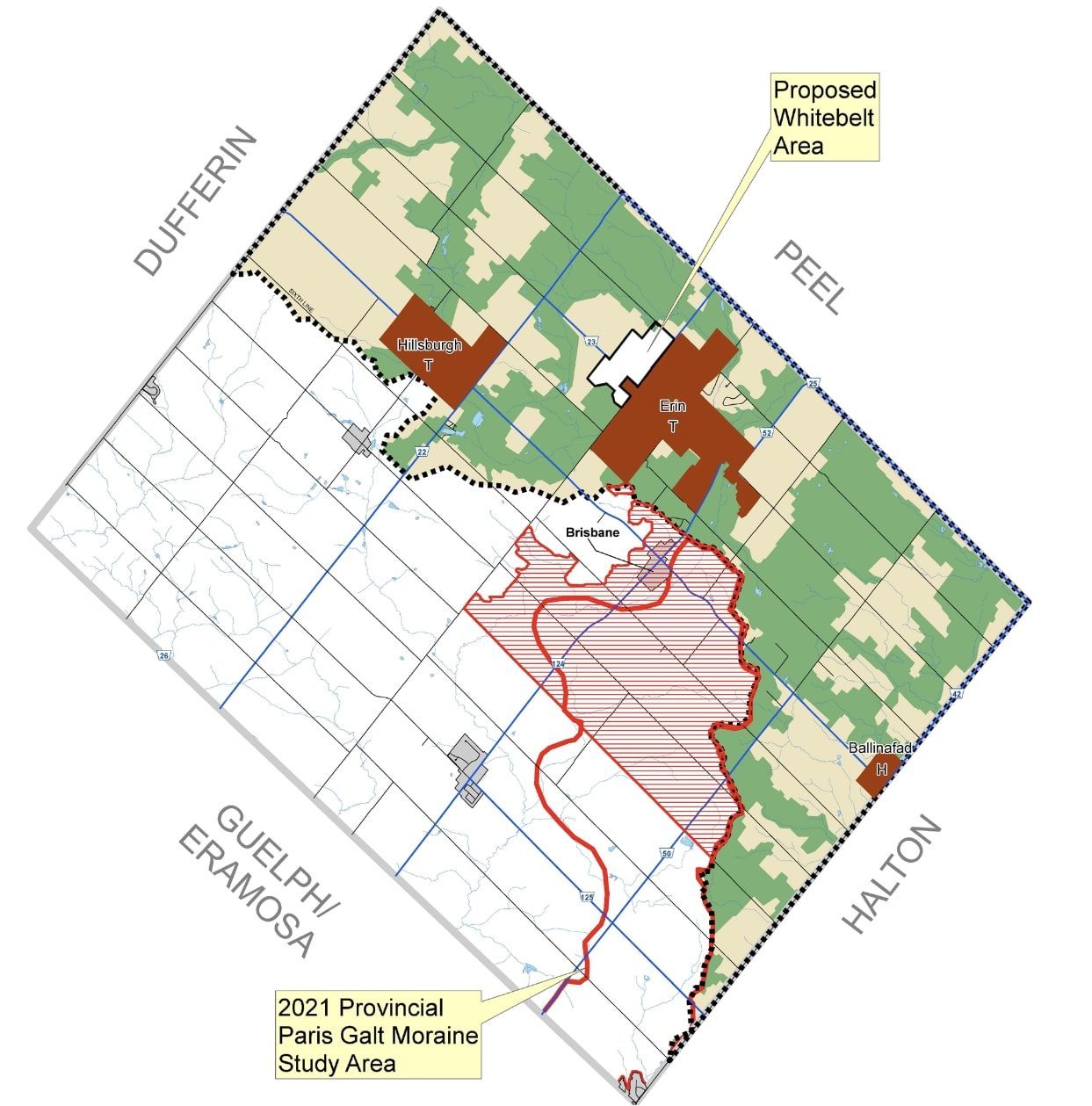 A County of Wellington map rendering illustrates the province’s proposed expansion of the Greenbelt into Erin with hashed, red lines. The winding solid red line denotes the boundary of the Paris Galt Moraine study area in 2021.
Map by County of Wellington, included in the Town of Erin Dec. 8 meeting agenda.

Krubnik didn’t have much to say and noted most of the land being considered is already protected by existing policy “similar to the greenbelt policies.”

In a later phone call, Krubnik told the Advertiser the proposed expansion into Erin is “redundant and seen as unnecessary” because of “substantial overlap” between town and county official plans.

The province acknowledges in its proposal that “some of these lands are already constrained by existing requirements.”

In response to similar Greenbelt expansion consultations by previous governments over the past 14 years, the county has held firm that there is “no rationale” for further expansion into the county, because of official plan protections already in place.

“I don’t know why they picked all 7,000 acres in one spot,” he remarked, suggesting the province rushed through the plan and chose lands with a “path of least resistance.”

Much of the considered land in Erin, he said, is agricultural with “absolutely no real development potential.”

All municipal staff and elected officials spoken to for this story don’t believe additional Greenbelt protections are needed, and say expansion into Erin will adversely affect individual property owners.

Among several other policy restrictions, within the Greenbelt:
• farm severances cannot occur on land less than 98 acres;
• additional residential units are not permitted; and
• surplus farm houses from a farm consolidation cannot be severed with some land for living on.

She explained the town needs more employment land for projected growth than it has available.

“Greenbelt policies basically wouldn’t allow for Erin to be able to expand to meet its employment needs,” she said.

The letter’s focus is a request to remove 395 acres of Greenbelt land abutting the northwest side of Erin village’s urban area for “whitebelt” or employment land.

Municipalities had 30 days, from Nov. 4 to Dec. 4, to submit comments on the province’s proposal, which county and town staff said they were not consulted on.

Krubnik said the town joined with the county in a joint letter “to show consensus and camaraderie on this issue so that it’s both a county and a town issue … we will both be impacted by this change.”

At Erin’s Nov. 24 meeting, councillor Brennan said the town is asking the province “to slow down and have another look at this, rethink the whole thing; that’s probably the best we can do.”

Should the province move forward with the expansion, Krubnik suggests the province re-examine its mapping of the Paris Galt Moraine boundary, which he says doesn’t align with a 2021 map, when the province last proposed Greenbelt expansion into the county.

“This line somewhat differs and uses county roads as boundaries rather than natural features,” he explained.

The Wellington County/Erin letter also recommends, in part, the province take “a closer look at the proposed Greenbelt expansion into Erin to better align the northwest boundary of this new area.”