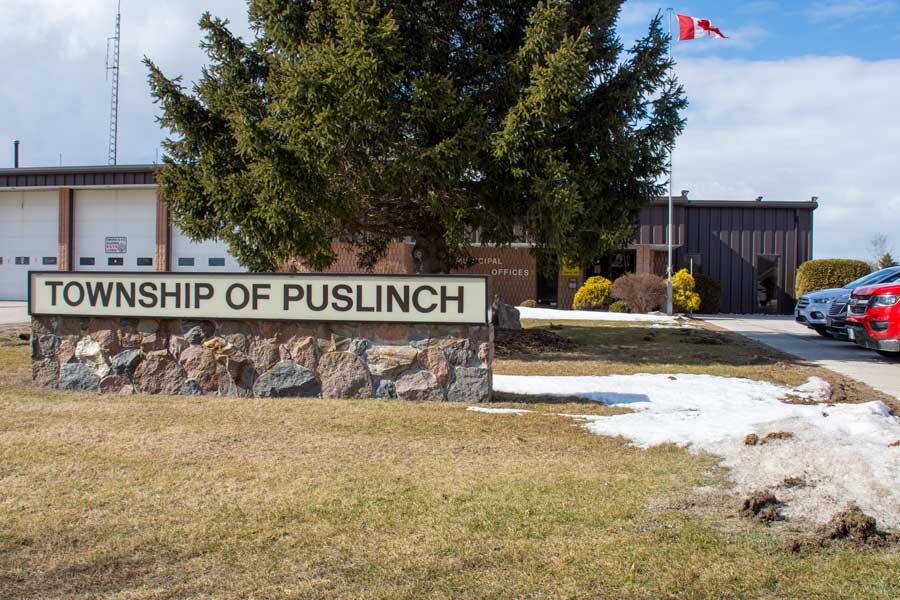 ABERFOYLE  – Puslinch council spent quite a bit of time crafting its response to the province’s proposed Bill 23 at its Nov. 9 meeting after hearing from a delegation and receiving correspondence from conservation authorities within the township.

The province has given a short window for municipalities to comment on the Building Homes Faster Act before it goes to the legislature. The deadline was Nov. 17 at 7pm.

Nov. 9 was the last meeting of the old council. The new council, elected Oct. 24, was inaugurated on Nov. 15.

John McNie, who delegated on behalf of the local citizen’s group the Mill Creek Stewards, urged council to examine the act carefully.

At first blush it appears to benefit municipalities that are struggling with attainable and affordable housing.

But municipalities will lose planning control and will lose development charges if the bill passes, McNie said.

“The provincial government is trying to sell this plan as a means of building homes faster and cheaper by empowering municipalities,” McNie said.

“It does neither. This bill is a wolf in a sheepskin.”

The idea of the bill is to address the shortage of affordable housing in the province.

It proposes to streamline the approval process for developers and reduce development charges to get homes built faster; to allow housing to be built in the Greenbelt and on conservation authority lands; and to shorten and tighten proceedings that go to the Ontario Land Tribunal.

These are red flags for McNie.

“By stripping input from conservation authorities, the result is no cross-jurisdictional planning, a critical aspect of water, land and environment planning recognized and instituted decades ago and applauded internationally,” McNie said.

He noted that while the bill purports to find more land for development – hence allowing development on some lands in the Greenbelt – it is unnecessary.

“The provincial government’s own Housing Task Force in the spring of 2022 identified land availability and development applications as non-issues,” McNie said.

“Their maps showed the lands adjacent to communities, and still available for development, serve the province’s needs for the next 30 years with minimal new lands and no Greenbelt land.”

“The province offers no offsets to cover municipality’s significant losses in revenue, while at the same time downsizing conservation authorities and regional governments, further increasing the administration costs of local municipalities,” McNie said.

“Bill 23 is not municipal empowerment but nuclear disempowerment. It won’t build homes faster or cheaper, but will have catastrophic effects on our environment, including our Mill Creek.”

The Hamilton Conservation Authority and Conservation Halton both expressed concern in their letters to council that source water protection and hazard management will be downloaded to municipalities, which do not have staff with the experience or expertise of conservation authorities.

“We don’t know the impacts yet,” said CAO Glenn Schwendinger when council tucked into discussion of the bill.

“We don’t have the details yet. But I tend to agree with the delegate. We have a lot of concern.”

Councillor John Sepulis had a long list of concerns with the bill:

“This shifts (the cost of) growth from development charges to taxpayers,” Sepulis said.

“It reverses the idea of growth paying for growth,” agreed councillor Sara Bailey. “With this, taxpayers will pay for growth.”

The bill also proposes to give municipalities just two years to go through their heritage registry and either designate properties or not.

Councillor Matthew Bulmer had problems with this part of the proposed bill as well.

“There’s no way we can go through the registry in two years,” he said. “We risk losing them all.

Council unanimously supported forwarding their response to the ministry to Wellington County and its member municipalities, and to the conservation authorities in its boundary: Grand River, Halton and Hamilton.

Staff said they believed they could send the response before the deadline.