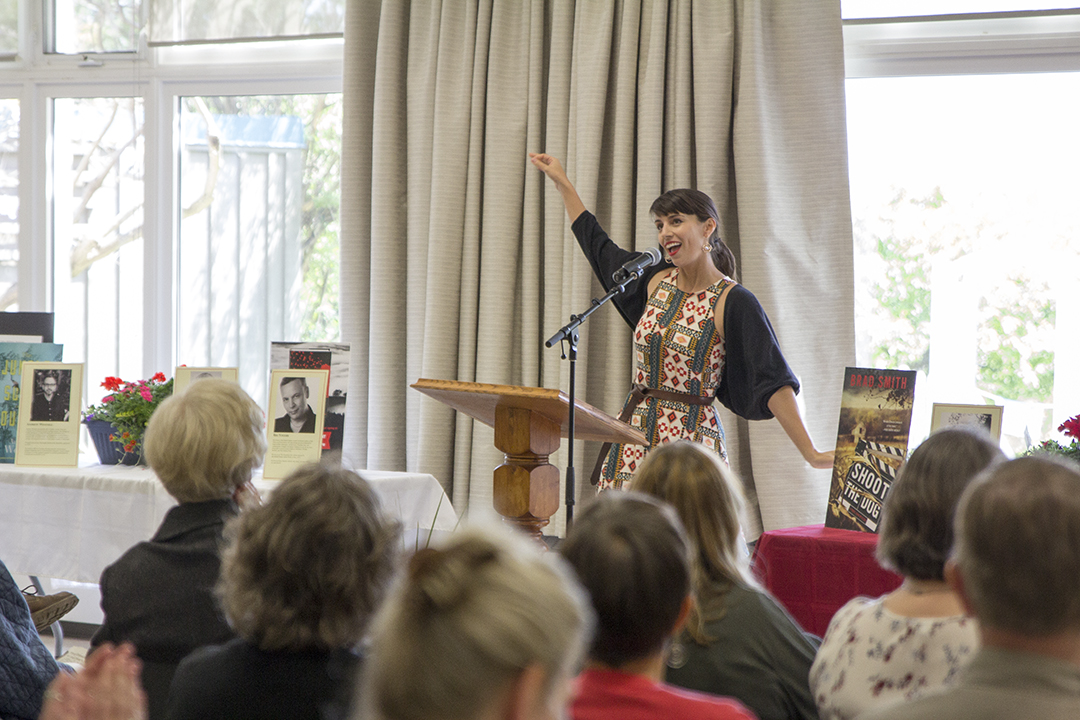 Festival ended - Author Adrienne Kress read a portion of her book The Explorers at the Elora Writers Festival in 2017 at the Wellington County Museum and Archives. The festival, which has celebrated Canadian writing since 1994, announced on Nov. 21 that it would be taking an indefinite break. Advertiser file photo

ELORA – After a quarter-century of celebrating writers and books and bringing renowned authors to the village, the Elora Writers Festival is no more – at least for now.
“You know how they say ‘never say never,’” said committee member Francis Baker, adding the festival is currently taking a break.

“Whether it will come back in the future I don’t know. We certainly don’t have any specific plans right now to bring it back say in a year or two years at this point.”
Baker said the festival was “financially shaky from year to year.”

In a Nov. 21 posting on the festival website, officials announced, “Sponsorship is dwindling, grant support is unreliable, ticket sales are unpredictable and the costs associated with hosting the event have led the organizing committee – all volunteers – to acknowledge that financial viability is out of reach.”
Baker said the festival coming to an end is unfortunate.

“If you were interested in Canadian writing and Canadian writers it was a nice little festival,” he said. “It was one afternoon, fairly intimate; you could, as an audience member, in the intermissions just walk up to artists and talk to them.”

Started in 1994, the festival aimed to raise awareness of literacy and reading, as well as encourage local and Canadian authors.

From modest beginnings as Words By The Water, it grew to become a popular event that welcomed famous writers from across the nation to the Wellington County Museum.
Earlier this year, the festival featured former CBC journalist and award-winning author Linden MacIntyre and renowned Indigenous author, playwright and filmmaker Drew Hayden Taylor.
Baker said the annual Elora Writers Festival Writing Contest will also come to an end.

“Who knows what kind of encouragement that could have given to young writers or even adult writers who maybe got … a contest win or some sort of recognition outside of themselves,” he said.
“To me it’s unfortunate that we’ve had to come to this.”

The writers festival has announced it is “wrapping up its 25-year run” with Books & Beer: The Finale on Feb. 26 from 7 to 9pm, at the Elora Mill (more details will be released at a later date).