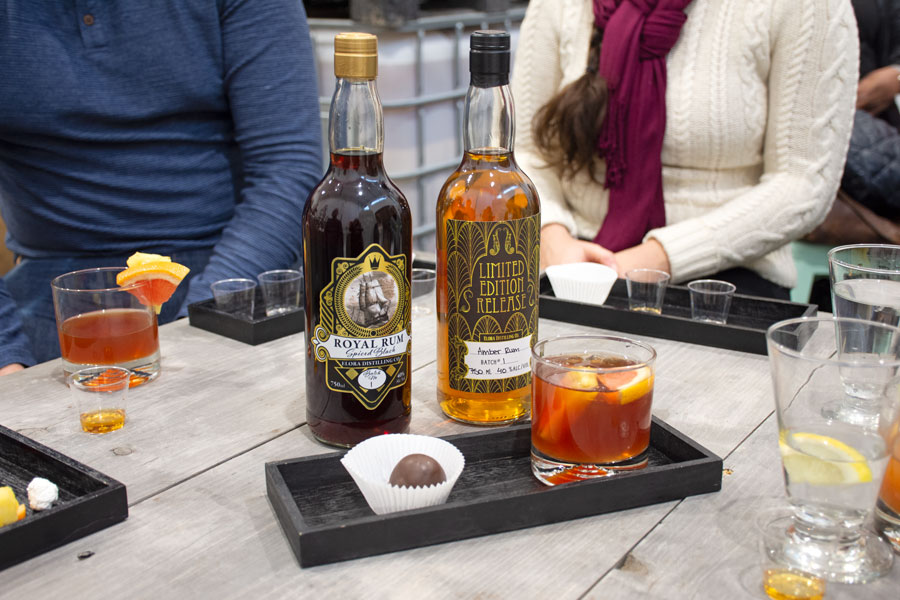 Royal spicy rum is on the left and amber on the right, and the rum balls were made by E&G Bakery in Elora. All the rum balls made at the bakery are made with Elora Distillery rum. Photos by Joanne Shuttleworth

ELORA – Just in time for eggnog, the Elora Distillery has launched a new line of rum.

The distillery, in the heart of downtown Elora, held a launch event on Nov. 26 with about 20 people in attendance.

Patrons learned a bit about rum production, its history, and why making rum is personal for distillery owner Marty Van Vleit. 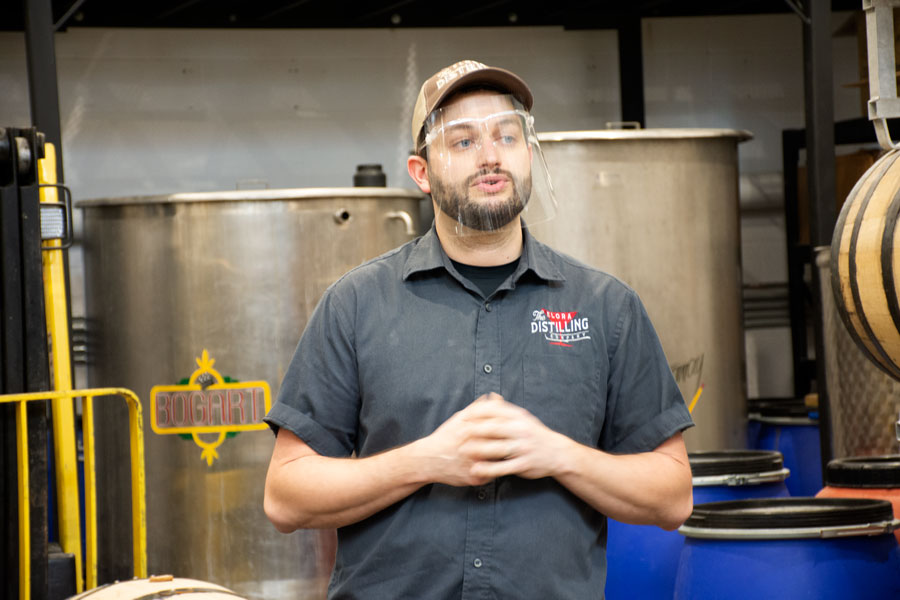 Head of production Paul Lachowich explains how rum is made.

“This is Dad’s drink,” he said as he invited patrons to sip the amber and Royal spiced rum varieties for the tasting.

Van Vleit said it takes a year for rum to age and mellow out. Last year the distillery made the rum and it has been aging in wooden barrels.

“This is a momentous day for me,” he said, as it was a rum cocktail he had in Cuba some years ago that eventually led he and his partners to open their own distillery in town.

The Elora Distillery was set to open in the spring of 2020 when the pandemic put the world in lockdown.

It’s not the best association, hand sanitizer and sipping spirits, but you do what you have to, Van Vleit said.

“We still sell hand sanitizer – it’s a by-product of the spirits,” Van Vleit said, adding they were able to make, sell and serve spirits by June of 2020 and they produce gin, vodka, whiskey, several liqueurs, and now rum.

As well as its retail outlet, the distillery offers tours and tastings for private groups. There’s also a lounge on the upper level where patrons can enjoy a cocktail.

“We want to provide an experience,” Van Vleit said, adding he hopes the Royal Room upstairs will evoke memories of luxurious hotel bars and extravagent cocktails. 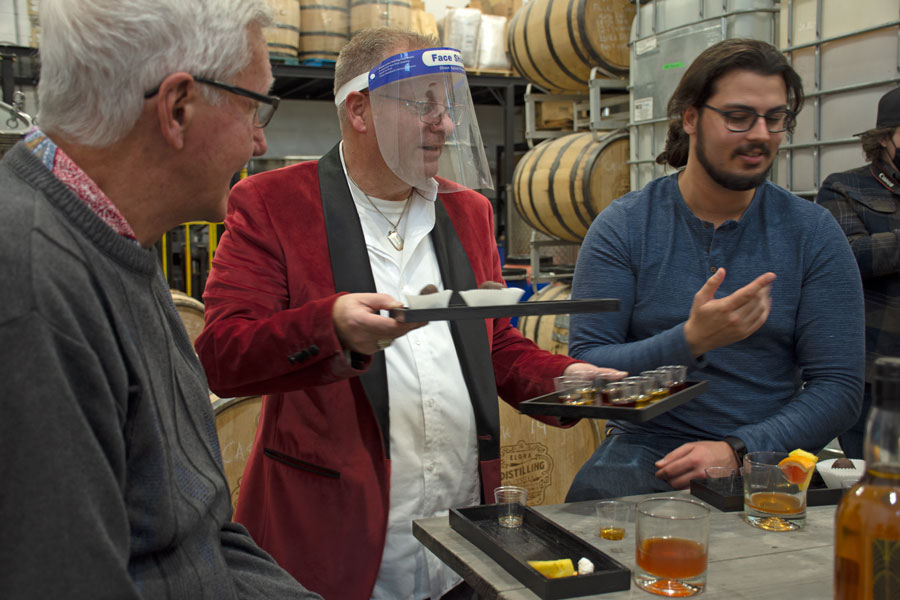 Round two – Marty Van Vleit, owner of the Elora Distillery, serves up rum and rum balls at a tasting on Nov. 26 to launch the company’s new line of rums.

It has been that way for some of the patrons who came to the rum tasting.

“I’ve come here a couple of times, said Adam Riddell, of Guelph. “Usually it’s for gifts but today, I thought this would be a good way to spend the day.”

Maureen MacIntyre bought a bottle of the amber rum and had production manager Paul Lachowich sign the label.

“I give baskets at Christmas and I’m going to put in a bottle of rum,” MacIntyre said, adding she has a rum drinker on her Christmas list who will appreciate both the rum and the signed bottle.