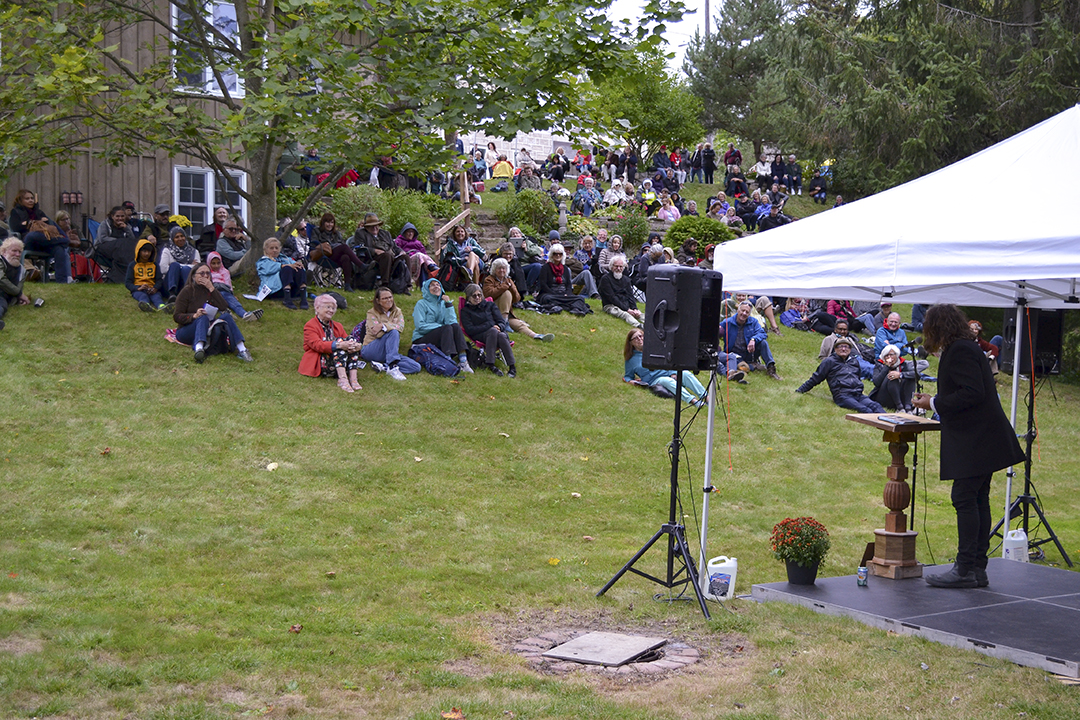 EDEN MILLS – The Eden Mills Writers’ Festival has been described as “a quirky little gem,” and “the most unique literary destination in the province”.

Eden Mills has hosted a literary festival for 31 years, and on Sept. 8 more than 50 authors will make their way to the little village. The 2019 festival presents a lineup of programming for readers and writers of all ages.

Running from noon to 6pm, the event includes 24 unique sets, featuring three to four authors per set, in locations throughout the village, along the banks of the Eramosa River.

Emma Donoghue will return to Eden Mills with Akin, her first contemporary novel since Room, along with best-selling Terry Fallis (Albatross) and Giller-winner Lynn Coady (Watching You Without Me).

Judith Pereira, The Globe and Mail’s books editor, hosts “Before and After”, featuring the new non-fictions titles by Cecil Foster (They Call Me George), Linden MacIntyre (The Wake), and Catherine Porter (A Girl Named Lovely). Amy Jones (Every Little Piece of Me), Karen McBride (Crow Winter) and Anakana Schofield (Bina) discuss the strong female characters in their new novels in a set called Her Story.

At the young adult site, two panels, “The Things We Do for Love” and “The Light and Dark of YA”, will feature authors Brian Francis (Break in Case of Emergency), Tim Wynne-Jones (The Starlight Claim), Sarah Henstra (We Contain Multitudes), and more.

Rounding out the festival weekend is a conversation between Marina Endicott (The Difference) and Guy Gavriel Kay (A Brightness Long Ago) for the Sept. 6 opening night in Guelph.

A detailed schedule of events can be found at emwf.ca.