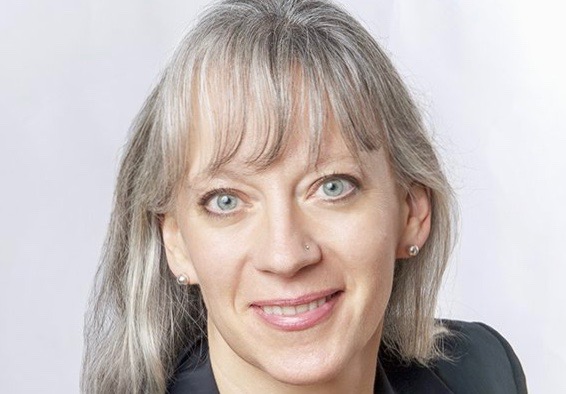 FERGUS – Wellington County councillor Diane Ballantyne will run as the NDP candidate for Wellington-Halton Hills in the upcoming provincial election.

Her candidacy was made official on Jan. 13 at the riding’s nomination meeting with 55 members present on the Zoom call.

As well as being a county councillor, Ballantyne is a teacher at Centre Wellington District High School, sits on the board of United Way Guelph Wellington Dufferin and is on the nominating committee of the College of Nurses of Ontario.

She has also done work in the community, assisting the Municipal Campaign School as a mentor, and many social justice initiatives including the “Hate has no home here” lawn sign campaign.

In a phone interview a day after she was confirmed, Ballantyne said the Doug Ford Conservatives have mishandled the pandemic and have kept parents and workers in the dark as they made decisions and announcements about the opening and closing of schools and workplaces.

“It’s almost like they’ve been governing through social media,” she said.

“Parents don’t know if they are sending kids to school or not, nurses are working around the clock, there are cracks in long-term care and seniors are suffering.

“There are many issues and as a community advocate, I see what’s not working.”

Ballantyne said Ford showed his true colours before the pandemic when he lowered transfer payments to municipalities and cut public health funding.

As a county councillor, she has seen first-hand how provincial policies shake out locally, for better or worse.

“I’m very fortunate to see the impact of provincial policies … around the horseshoe,” she said.

“I am far more informed now about the power the province has.”

If elected, she would use that power to lobby for more supports for public services, such as restoring funding to parents with autistic children, ensuring nurses are paid fairly, and more supports for small businesses still reeling from the impact of lockdowns, capacity limits, and work-from-home orders.

“I’m very proud that I was part of the decision for the county to make loans available to businesses in the first wave,” she said.

“But small businesses need better support than racking up debt.

Ballantyne is not required to give up her county council seat in order to run provincially, unless she wins, but she’s considering taking a leave or some other adjustment to focus on her campaign.

Progressive Conservative Ted Arnott, who has held Wellington-Halton Hills for some time and was first elected in 1990, will be tough to beat in this historically conservative riding.

But Ballantyne said Wellington-Halton Hills has changed in the past four years and that could signal political change as well.

“We are growing,” she said. “Many people are new in Centre Wellington, Georgetown and Acton.

“A large percentage of people have been moving out of the GTA to smaller communities. I think we’ll see that what was traditional is changing.”

NDP Leader Andrea Horwath said in a press release that Ballantyne “is exactly the kind of leader we need representing Wellington—Halton Hills at Queen’s Park. As a teacher for over two decades, she knows how Ford’s cuts have hurt our public schools and what we need to do to give every student a chance at a great future.

“As a county councillor, she fights for the families in her community every day.

“With Diane on our NDP team, we will work hard to fix public education, invest in our health and long-term care systems, and make Wellington—Halton Hills an even better place to live, work and raise a family.”

“This pandemic has been a challenge for many,” Ballantyne added. “Workplaces have closed, children have been forced to learn from home, and the cost of living is rising fast.

“Families in our riding deserve better and need a government that has the courage and willingness to make investments that focus on everyday people, like fixing long-term care, making housing more affordable and funding schools so that every child has the chance to thrive.”

The 2022 Ontario election is scheduled for June 2.