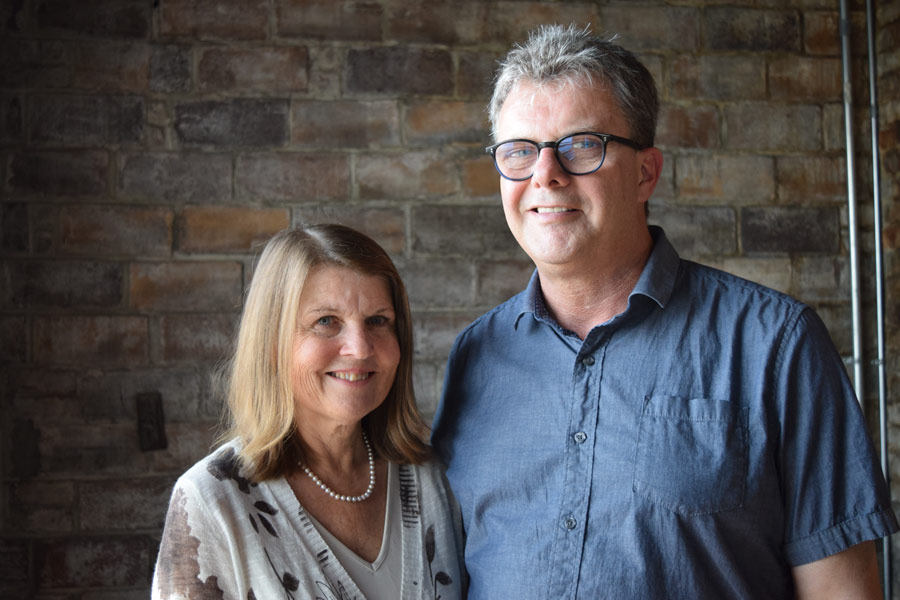 775 days - Julia, left, and Kevin Garratt will be speaking at Bethel Baptist Church in Fergus on Sept. 18 about their two-year imprisonment in China. Submitted photo

FERGUS – Two Canadians who faced a 775-day abduction and imprisonment in China are coming to Fergus to tell their story.

Kevin and Julia Garratt will be speaking at Bethel Baptist Church in Fergus on Sept. 18 at 7pm.

“It’s quite a story just how people are treated in China,” said Jim McLean, chairman of the deacon board at the church.

Kevin and Julia moved to China in the 1980s and worked in education, social welfare, social enterprises and community service.

In 2014 they were abducted by Chinese state security agents and accused of espionage. At the same time a Chinese spy named Su Bin was arrested in Canada on behalf of the United States under cyber-theft charges.

The Garratts had no idea their imprisonment was likely politically motivated.

Kevin said he and Julia were isolated and interrogated for six months before Kevin was moved to a detention centre, which was like a prison for 900 people, and Julia was put on the Chinese equivalent of house arrest.

Kovrig and Spavor were arrested last December shortly after Canada arrested Huawei chief financial officer Meng Wanzhou in Vancouver on behalf of the United States for fraud, in association with alleged violations of Huawei on American sanctions on trading with Iran.

“I think their conditions would probably be very similar to what we went through,” Kevin said.

“As far as I understand now they’re in a detention centre … and mine was 14 in a cell and it was just everyone waiting.”

Kevin waited for 19 months and was released after Su Bin pleaded guilty. Julia left China in May 2016 and Kevin joined her in Canada in September the same year. They now live in Vancouver.

On their first Thanksgiving back in Canada, about three weeks after Kevin’s return, the couple travelled to Ottawa to thank the government for helping to free them.

That’s also why the Garratts are speaking about their experience throughout Canada.

“We’re going because we’re invited, but it’s really to thank people for their involvement and to share the story of what happened,” he said.

The talk in Fergus on Sept. 18 is open to everyone and Kevin said he hopes those who attend feel encouraged.

“I hope they can see maybe some of the problems we might have are not so big,” he said.

“I’ve been a Christian for a long time, but I learned even more that God is who he says he is and does what he says he will do.”

Since returning to Canada Kevin and Julia both value  and are thankful for their freedom.

“We have an incredible … freedom and we really have a pretty decent judicial system here compared to other places,” Kevin said.

“Time just flies by here, whereas sitting in prison … a day seemed like a week, a minute seemed like an hour because you’re just sitting there with nowhere to go, nothing to do except wait.”

However, he added he had his Bible with him the whole time and was able to read.

“We live in a good place and unfortunately we sometimes complain too much about what we have,” Kevin said.

Despite their experiences, the Garratts are still traveling and doing work overseas in southeast Asia.

And he’s not afraid.

“We’re doing what we’re doing now because we feel that’s what God’s opened up for us to do,” Kevin said.

“And so if we can give some help to some people that’s what we want to do. We’re not looking for an easy comfortable life, we’re looking for what we’re supposed to do and how to help people, to invest in people.”

Kevin encouraged people to hold on to hope.

“That’s what we had to do in those two years … and that’s what we’ve been praying for the two Michaels as well,” he said.

At the Bethel Baptist event the Garratts will talk about their two years in prison as well as how they survived and how people helped them out.

McLean hopes those attending will gain “an awareness of what these folks have been through and the injustices that they have faced.”

The event will take place on  Sept. 18 at 7pm at Bethel Baptist Church, 675 Victoria Terrace in Fergus.