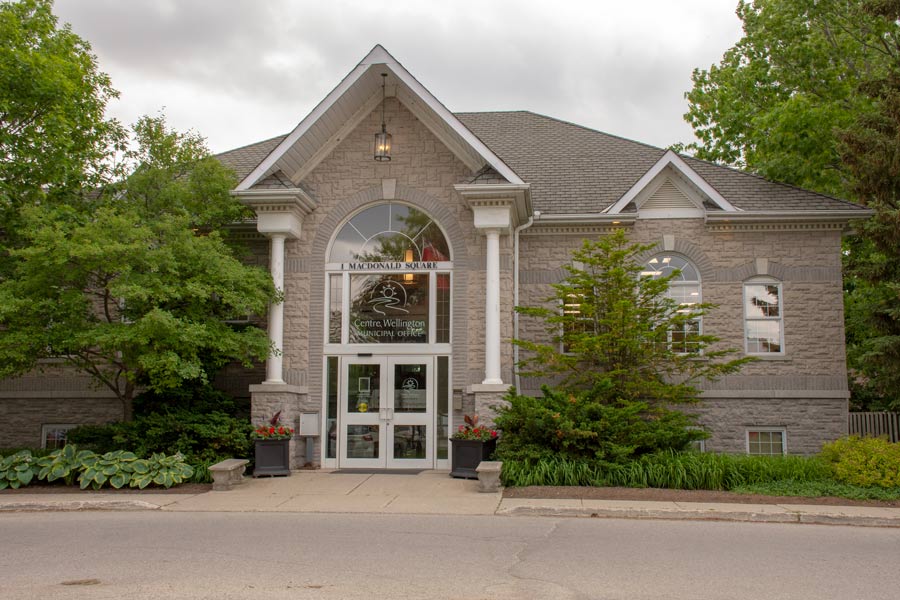 ELORA – In a 4-3 recorded vote, Centre Wellington council tentatively approved the 2020 budget, including a 2.7 per cent tax increase and a 2% dedicated capital levy increase.
Photo by Jaime Myslik

ELORA – In a 4-3 recorded vote, Centre Wellington council tentatively approved the 2020 budget, including a 2.7 per cent tax increase and a 2% dedicated capital levy increase.

The committee of the whole budget discussion took place on Dec. 3 and 5, with the vote occurring on Dec. 5.

Mayor Kelly Linton set the tone of the budget discussions at the outset of the Dec. 3 meeting.

“I’m encouraging us to have thoughtful and rigorous discussion over the next couple days and let’s agree to stay at the policy governance level as best as we can,” he said.

Linton told councillors to “fight the urge” to get “too deep” into the operational details of the budget because it’s council’s role to provide direction.

One of those directions to staff was to find a way to keep the taxation increase to 2.7% for an average house. And staff did just that.

The total amount the average homeowner will pay is $1,252 (taxes and capital levy combined), a 4.3% increase over last year’s combined total.

“The initial ask from staff was 5.38% and we’ve done work to date to get it down to 2.7(%),” said managing director of corporate services Dan Wilson.

Councillors Stephen Kitras and Kirk McElwain said that is still too high.

“I think it’s higher than we need,” McElwain said. “I think we’re spending more money than we need to.”

Kitras said he thought there could have been more savings in the budget and a more fulsome discussion on new staff positions.

“We’re increasing operations, adding new staff,” he said. “We didn’t have that discussion of each job.”

The dedicated capital levy, which goes towards bridge repair and replacement, is still causing confusion and concern for some councillors and the public.

“You’re asking a mathematical question that doesn’t make sense,” Linton said. “Anybody can grab a calculator and tell you what you want to hear … but what Dan is explaining to you is those aren’t the right numbers to put in the calculator.”

To which Linton responded, “You’re asking a question about a math question that you could get the answer by putting it into your calculator.”

Councillor Steven VanLeewuen explained the $96 is built into the tax base in 2019.

“There’s no confusion here,” Foster said. “It’s simply algebra. A over B minus one gives you the percentage increase.”

Kitras also said the cumulated tax rate is too high.

The proposed 2020 budget includes capital projects such as:

– design, approvals and construction of a new corporate operations facility, $500,000:

– reconstruction of Elora Street from Tower Street to Perth Street in Fergus, $1.4 milllion;

– continuation of a multi-year pavement management program to replace small sections of pavement, $210,000;

– reconstruction of Princess Street from Church Street to the Grand River in Elora, $1 million;

The new corporate operations centre was a large point of discussion for councillors on Dec. 5.

McElwain said he thought council would be receiving a needs requirement study before making a decision whether to include a $500,000 allotment for the design, approvals and construction of a new corporate operations facility.

“So to my knowledge we don’t have any identified need, number one,” said McElwain. “But number two, the report from KPMG for (the) county just recommended that we should be talking about amalgamating or potentially sharing facilities and why would we be building a new, planning a $6-million loan to be building a new facility when maybe that’s not the best solution overall?”

He added, “It’s too early to even think about that right now and, as I say, we still don’t have a report saying that we have a needs requirement.”

“We’ve walked through our facilities with council and there’s a desire, a deep need for the safety and health of our staff even within our existing buildings,” he said.

“The question is how big, how much larger does the facility need to be to meet our future needs. So that’s part of what the study is looking at.”

Currently, four buildings throughout the township to fill operational needs, however Goldie said a new building would improve the health and safety environment and increase the efficiency of operations.

“We can continue and throw money into the existing buildings and not be as effective, as efficient, running around with vehicles that are having to go long distances, not sharing resources, not sharing vehicles across the operations,” he said.

The idea is to have a centralized operations centre, with satellite buildings servicing Elora and Fergus, Goldie explained.

Foster asked why renovation has not been considered for the four existing garages.

“We have four garages already, they’re dispersed across the municipality,” he said. “My view is we could renovate this garage and we haven’t even considered it, so point number one is there’s a flaw in our process. We’re building a case for a predetermined outcome and that to me is wrong.”

Foster also said he has a problem with the $6-million debt required to proceed with the project.

“I cannot see why we need to borrow $6 million to build a … garage. I totally disagree with that,” he said.

However, no decision will be made on the new operations centre until council has seen the study early next year. The $500,000 allotment in this year’s budget would be put in a reserve until council approves how it is used.

“When we had our previous budget meeting at the time I voted in favour of going forward with this $500,000 still in there based on the fact that we were going to have a report before our final budget decision,” McElwain said. “I can’t, in good conscience vote to spend a 3% tax hike, basically what $500,000 works out to, on something we don’t know if we need it yet or not.

“That’s a 3% tax hike on something that has not been identified.”

When it came down to voting, some councillors thanked staff, some supported the budget and some did not.

In a recorded vote, Linton, VanLeeuwen and councillors Neil Dunsmore and Ian MacRae voted in favour,  while Kitras, Foster and McElwain were opposed.

Final passage of the budget is expected at the Dec. 16 council meeting.