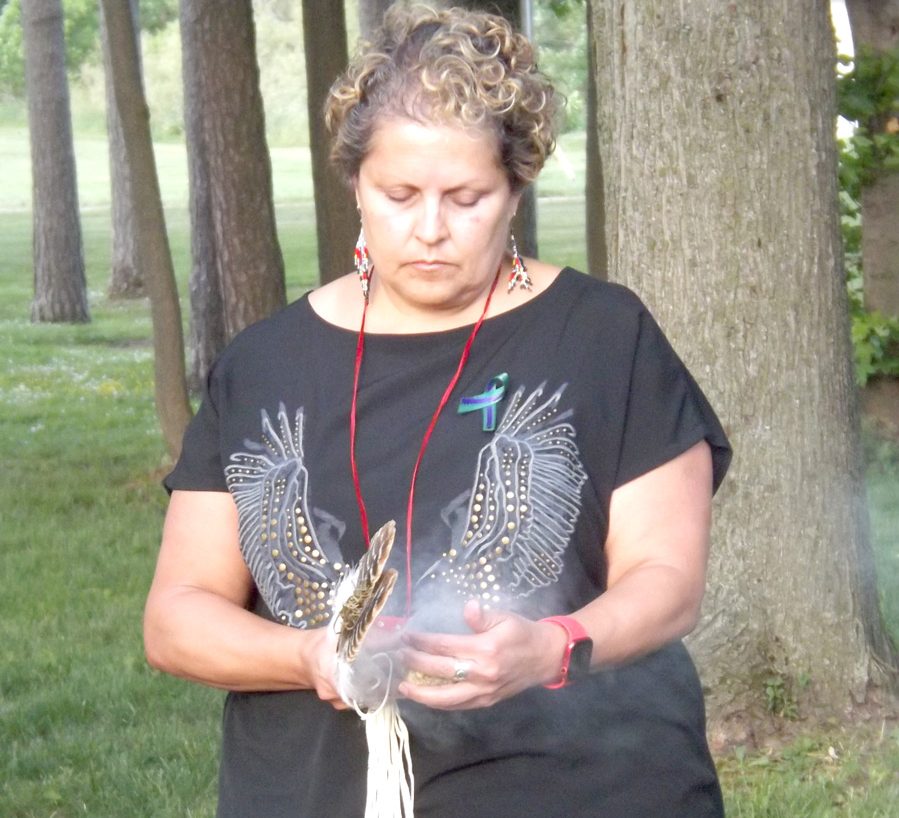 GUELPH – The question of whether future county council and committee meetings will open with an Indigenous land acknowledgement remains unanswered following discussion at the Sept. 30 county council meeting.

A land acknowledgement for the county has been in development since February of 2020, when council approved a motion initiated by councillor Don McKay.

The motion which directed, “At the beginning of our council meetings and any other meetings or events, where it is appropriate, we acknowledge the Indigenous people on whose traditional territory we are meeting,” was carried with an amendment that “the motion be referred to staff for a report back to council by June 2020.”

Although the Warden’s Inaugural meeting on Dec. 11, 2020 was opened with a land acknowledgement, the practice has not been implemented for regular meetings.

“The original motion has not been fulfilled. There is no land acknowledgement that’s been happening at our council meetings,” councillor Diane Ballantyne pointed out at the Sept. 30 meeting, which coincided with the observance of Canada’s first National Day of Truth and Reconciliation.

Ballantyne introduced a motion, seconded by councillor Mary Lloyd, to reconsider the original February 2020 motion, as a means of bringing the issue to the council horseshoe for discussion.

While noting the Indigenous Advisory Committee (IAC), which was formed in response to the motion, has been doing “extremely, helpful, important work,” Ballantyne stated, the intent of the reconsideration motion “is to push forward.

“Where are we with land acknowledgments at council and committee meetings?”

McKay replied, “While I appreciate the intent of the motion, I don’t really support it.”

He noted the IAC has so far focused its efforts on informing and educating county council and staff on Indigenous issues and culture.

“To me the question was, what do they want? What would be the best approach to do things? And that is by the educational process,” said McKay.

“So, I don’t support having a land acknowledgement recited at every meeting that we have, because I feel that it’s not really demonstrating the seriousness we feel and the actions we need to take.”

Councillor Doug Breen said, “I don’t really feel like I should have an opinion at this point.

“I try to be a more modern guy and my daughter accuses me all the time of mansplaining things and I’m not about to whitesplain what we should do about this. So I only care what committee has to say …

Lloyd said, “Where I struggle is the intent of the original motion, which stated that we were going to do a land acknowledgement. All this wonderful work that we’re doing … it’s wonderful. And to say that becomes words of rote? Then it should be words of rote. It should be just like O’Canada to me.”

Councillor Steve O’Neill suggested clarity is needed on the status of the acknowledgement the committee was tasked with developing.

“Are they’re still working on it? Because I too believed we would have a land acknowledgement. I’m happy to wait until they’re done with it,” said O’Neill.

“If they come back and say they don’t need to have the land acknowledgement I guess then we’ve got to maybe look in another direction. But right now, I’m just under the impression the Indigenous Advisory Committee is working on it.”

Wilson noted Brunelle has indicated “that determining land acknowledgement for Wellington County will take some time, it’s not black and white. There are treaties that are in place or treaties that have been challenged.”

Wilson noted all members of the IAC are full-time employees of the county’s social services department and are working on the acknowledgement project on a voluntary basis.

“I’m sure there’s a great deal of their own time, outside work, working on it,” said Wilson.

“They’re trying to work through it, and I don’t know if there’s a sense of urgency.”

Ballantyne said, “So, if you read Indigenous scholarship on what land acknowledgments are for, they are for settlers, which is you don’t acknowledge yourself as connected to an Indigenous community. That’s what you are. That’s what I am.”

She explained, “They are small acts towards reconciliation to acknowledge what our government over the history, since the existence of, and prior to, Canada has done in violating treaties and it’s not the work of Indigenous people to do land acknowledgments.

“It is the work of settlers to give land acknowledgments. And that’s been supported by Indigenous leaders across this country for many, many years.”

Ballantyne continued, “We spend money on what we value. The idea that during this time, acknowledging intergenerational trauma, that we are asking Indigenous women to volunteer their time on top of their full-time jobs to do the research that historians would have a difficult time with, I’m thinking is very troubling to me.”

Ballantyne noted there are numerous qualified Indigenous consultants “that we could spend the money on in order to have a land acknowledgement issue solved.”

Breen replied, “If it is a question of dollars and cents, if this is something where researchers need to be made available, I would just ask that, through the CAO, the staff who are involved with the committee be made aware that.

“If this is a financial issue, this is something that is important to the committee but it’s being held back because we really do require the assistance of somebody professionally to dig into this, a PHD from somewhere, if that’s necessary, then by all means ask for it, because I think it’s something council would support.”

Ballantyne said, “My question with raising this motion is, how long should we wait before we say this function has not been fulfilled?

“And I want to be really clear, I am not in any way, blaming or wanting to direct, or criticizing the work of the Indigenous Advisory Committee. What I’m questioning is our role in governance in when we expect staff to fulfill the motion that we passed.”

Warden Kelly Linton said “where it is appropriate” is a key phrase in the original motion.

“I completely agree with councillor Ballantyne in that it’s our job as leaders to make a call on this. That is our job. We’re the democratically-elected leaders,” the warden stated.

“I feel like what we’ve done to date … it’s authentic, it’s meaningful, it’s real and I think it’s better than a bland acknowledgement that sits somewhere in between a roll call and disclosure of pecuniary interest.”

“And what we’re demonstrating with our committee is we’re doing things that are real, and that’s what I want us to focus our attention on.”

Ballantyne stressed anything short of regular use of the acknowledgement at council and committee meetings would not fulfil the original motion.

“If you look at the text it says at the beginning of our council meetings and any other meetings or events where it’s appropriate, we acknowledge the Indigenous people on this traditional territory,” she stated.

The motion to reconsider was defeated, with just Ballantyne and Lloyd voting in favour.

Councillor Andy Lennox asked if staff could report back to council clarifying the status of the acknowledgement project.