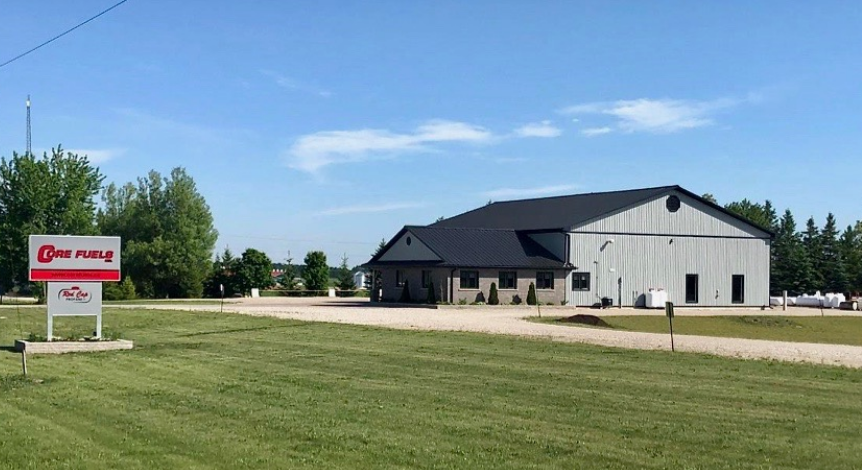 Core Fuels in Alma has filed an appeal with the Local Planning Appeal Tribunal of Mapleton council's decision to deny a rezoning of its property on Wellington Road 7 to underground propane tanks to the site. (Mapleton council agenda image)

ALMA – Core Fuels Ltd. has filed an appeal of Mapleton council’s decision not to grant a zoning amendment for an underground propane storage facility on property it owns in this hamlet.

The company’s application to add a provision for “bulk fuel storage” to the site-specific highway commercial zoning of a property at 6976 Wellington Road 7 was denied by council on Sept. 8.

Core Fuels was planning to add four 226,800 litre underground propane tanks to the site for the storage and distribution of propane, and to relocate their bulk storage operations to the Alma site.

The township states in a press release that notice of an appeal to the Local Planning Appeal Tribunal was received on Oct. 13.

“Core Fuels believes their application was consistent with both the Provincial Policy Statement and the County Official Plan,” the township states in the release.

At the Sept. 8 meeting, a motion to approve a bylaw allowing the zoning change was defeated in a unanimous recorded vote.

“We don’t feel it is the right fit. It is too close to the residential community for this size of a propane facility,” Mayor Gregg Davidson said at the meeting.

At the meeting, Mapleton councillors and staff suggested other locations could be found within the township for the proposed facility if the company was interested.

Davidson said follow up discussions on that proposal have been held.

“We had a conversation with members of Core Fuels about a different location and we gave them some options,” he told the Advertiser on Oct. 14.

Davidson confirmed it is incumbent on the town to defend the decision at the LPAT hearing, but said he is unsure at this point when it will go forward.

“With COVID right now I don’t know what the timing of this will be,” said the mayor.

The Sept. 8 meeting included presentations by a number of local residents opposing the proposal.

A group called Concerned Citizens of Alma (CCA) presented council with a petition signed by 210 local residents opposing the development.

CCA spokesperson Amanda Reid told the Advertiser in an Oct. 14 telephone interview the group plans to oppose the appeal.

“We will be following the LPAT procedures and figuring out what that means for our group and being involved in opposing the appeal to the tribunal,” said Reid

James Core of Core Fuels stated at the Sept. 8 meeting the company opted for underground tanks because they felt they would be the safest and most aesthetically pleasing option.

“This is safer (than above-ground storage) because the tanks themselves will not be exposed to the potential hazards that can occur in an emergency like heat from a fire.”

Core did not immediately respond to a call seeking comment for this article.