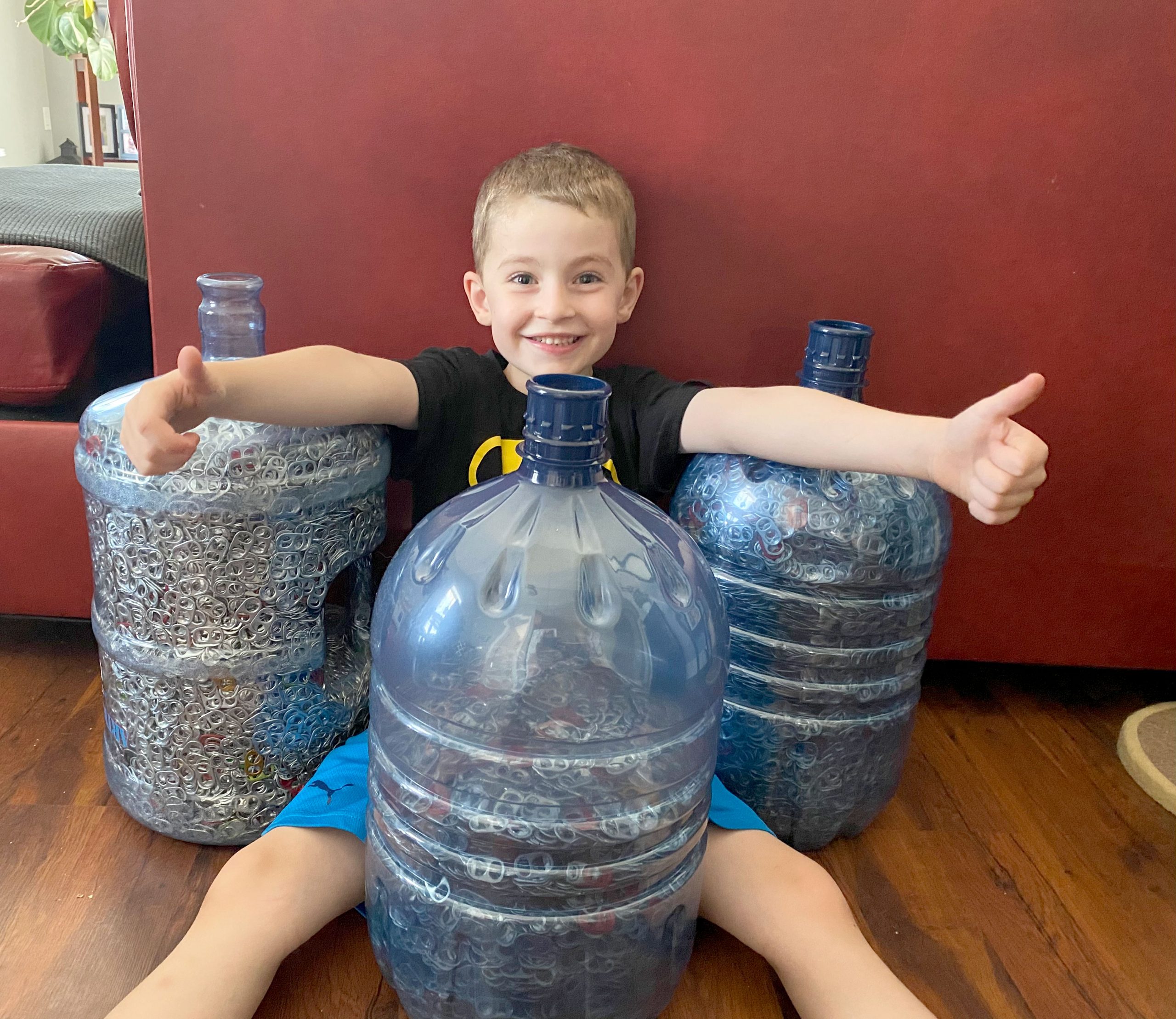 ELORA – Six-year-old Jake Dippel is collecting metal can tabs with the goal of finding enough to earn an electric wheelchair for a Fergus resident in need.

Dippel’s idea for the project started at the Elora Legion, where he saw a poster on the wall about collecting tabs and instantly wanted to try it.

The effort started out small – a large water jug for the early collection only held six tabs initially.

Things picked up when someone found out about the effort and offered to donate tabs they had, filling half a 15-litre jug.

“I posted [it] … that was seven in the morning and I think by 10 after seven, quarter after seven, we already had nine stops to make that day,” Dylan said.

By the end of the day, two and a half large water jugs were filled.

Debbi-Lori Power commented on the Dippel’s post, saying she was also collecting can tabs to earn herself a wheelchair.

“I just wanted to encourage him,” Power said, not having expected anything out of it.

Now, Jake is donating all tabs to Power, whose health has deteriorated drastically in the past few years, making it difficult to walk.

“Every time I talk about it I feel teary eyed,” she said of Jake’s help. “He’s such a sweet, wonderful little boy.”

She added she is grateful to the Dippel family.

Since starting the collection, the Elora Legion made available a donated electric wheelchair to trade for the tabs collected thus far. Power’s thinking it over.

After Jake helps to make Power’s goal of getting a chair a reality, it may be on to the next project for Jake.

But a lot of tabs are still required to equal a new wheelchair.

“As long as I can keep him … inspired to keep doing these good acts of kindness … then I think we might be alright,” Dylan said.

A donation bin for tabs can be found at the Geddes Street Laundromat in Elora.