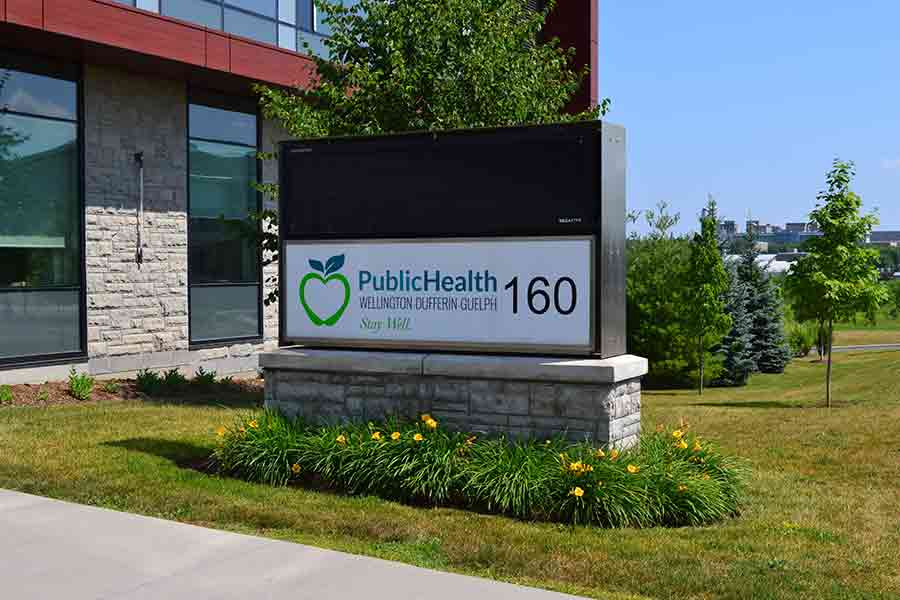 WELLINGTON COUNTY - The active COVID-19 case count continues a downward trend across the region after reaching a record-high of 679 on April 19. Advertiser file photo

WELLINGTON COUNTY – The number of COVID-19 cases in the region is rising sharply, with 297 new cases reported over the Easter long weekend (April 1 to 5).

The Wellington-Dufferin-Guelph Public Health (WDGPH) weekend total works out to a daily average of over 59.

That is in stark contrast to the week leading up to the long weekend, when the region averaged just under 21 new cases per day.

The previous two weekends the region reported a total of 61 and 54 cases over three days.

“We have seen a surge in local cases … As a region, we are all feeling the impact of this long pandemic, but it is vital we don’t let our guard down,” WDGPH spokesperson Danny Williamson stated on April 6.

“If we don’t act together to reduce COVID-19 in our region, we run the real risk of quickly finding ourselves in a dangerous situation. Now is the time for each of us to do what we can to protect ourselves and each other.”

The weekend case count of 297 drawfs the previous weekend high of 192 reported on Jan. 11. However, that was a regular three-day reporting cycle, with an average of 64 new cases per day.

The active case count in the region (363) is two and a half times the figure from a week ago (140 on March 30) and the highest it’s been in some time. For comparison the highest total recorded in the region was 489 on Jan. 11.

One of the reasons cited for the four-week province-wide “emergency break shutdown” announced on April 1 is the rise in mutations of the COVID-19 virus, notably several variants of concern (VOC).

The latest Public Health Ontario data for the WDGPH region (seven-day moving rate for the week of March 25 to 31) shows that 63.9% of all positive COVID-19 tests were found to be a mutation of the SARS-CoV-2 virus.

While that is in line with the provincial average of 63.3% (the latest modelling data shows that figure is closer to 67%), the local rate of mutations has been increasing recently – it was 50% the week of March 19 to 25.

“Because they are more transmissible and may have significant negative health impacts, we must remain vigilant,” Williamson said of COVID-19 variants.

The region’s cumulative count for mutated or non-VOC cases is 356.

WDGPH has reported seven confirmed cases of the B.1.1.7 variant that originated in the UK, with no other VOCs identified in the region.

Officials say that remains a concern considering that with the B.1.1.7 variant, the risk of dying is 1.5 times higher than with a non-VOC illness.

The odds of ending up on a ventilator are three times higher with the UK variant and the risk of transmitting it quickly to another person is 2.5 times higher.

Wellington County had 37 new cases over the long weekend and now has 46 active cases, up from 30 a week ago.

The county’s seven-day average for daily cases, which is often used to indicate trends, is now 5.57, up significantly from 3.29 last week (it was 2.0 three weeks ago).

Dufferin County had 58 new cases over the long weekend and now has 74 active cases, a large increase from 42 just one week ago.

Guelph had 194 new cases over the long weekend and now has 235 active cases, more than three times its total from one week ago (64). 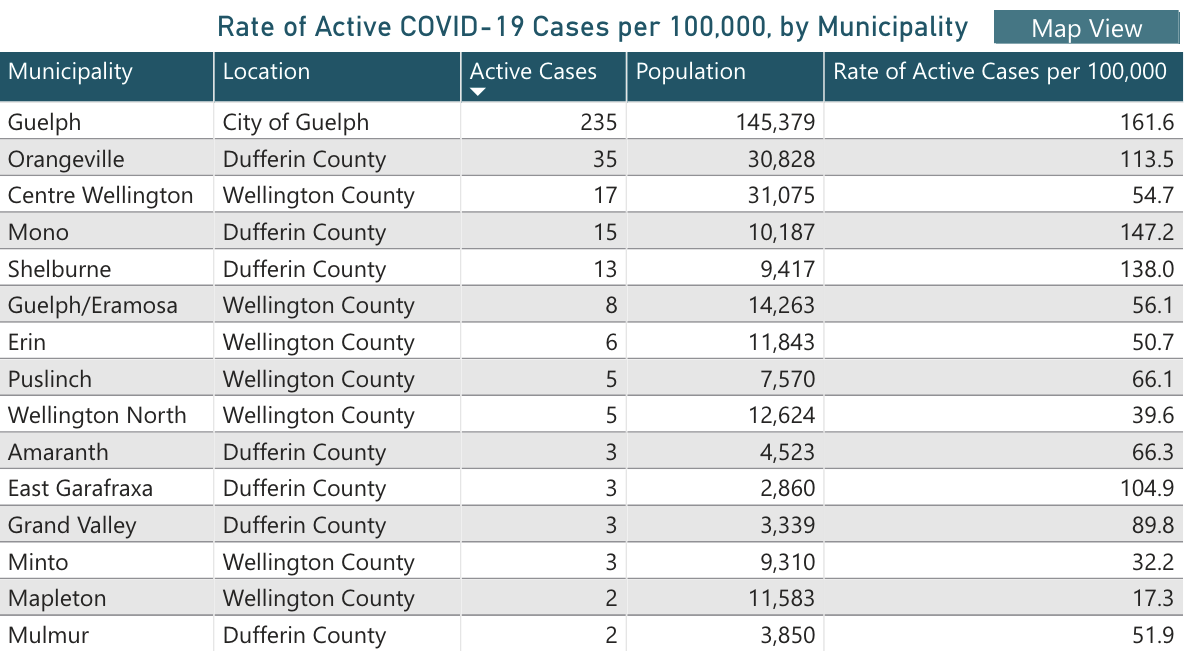 There are currently five facility outbreaks in the WDGPH region:

There has also been an increase in the number of COVID-19 cases in local schools, which WDGPH officials say led to the decision to close publicly-funded schools to in-person learning as of April 7.

The closure will last at least until April 19, following the April 12 to 16 break that was rescheduled from March.

As of April 6, there are 23 schools in the WDGPH region reporting COVID-19 cases.

Emmanuel Christian High School in Fergus is reporting three student cases and is considered in outbreak by WDGPH.

The Upper Grand School Board is reporting cases at 19 schools (an all-time high). Most are in Guelph but there five are in Wellington County:

The Wellington Catholic District School Board is reporting cases at three schools:

*Specific details about student/staff cases were not available for all schools.