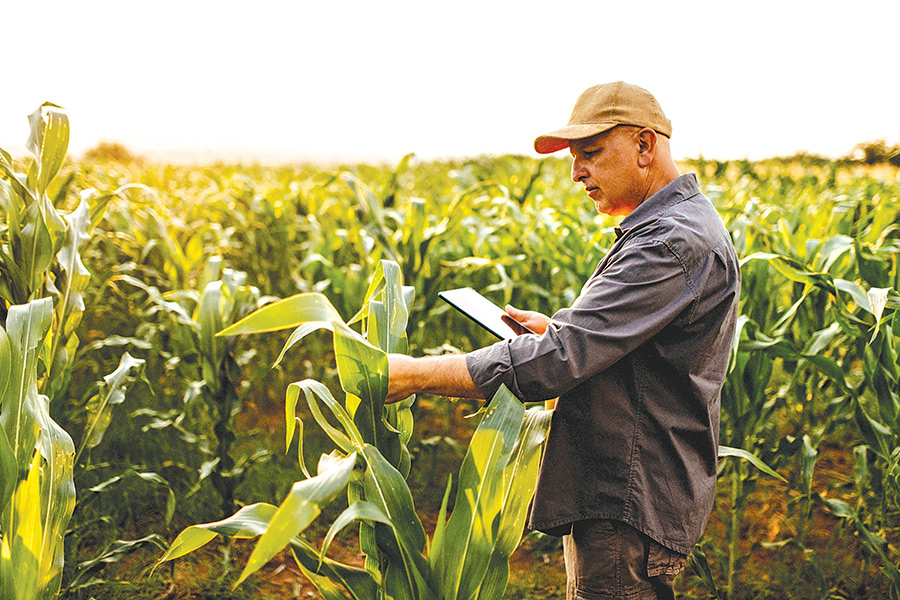 “I just wanted to highlight a couple of things that will be happening in agriculture that I think will be relevant for some folks living in Mapleton,” Chisholme explained.

“First there’s the federal greenhouse gas offset system. This is something that’s fairly new that’s been released by the federal government.”

“We don’t know what this is going to look like yet, but the gist of it is that if farmers are able to show that they can sequester carbon and reduce greenhouse gas use on the farm, then that can be used as a credit which can be sold to large industries that are looking to reduce their carbon footprint. So we’re keeping a close eye on that one,” Chisholme stated.

“We’re closely following this to see if there is a role for the County of Wellington and our farmers to play in this,” she explained.

“It is essentially linking farmers up with academics to do on-farm research to inform some climate change mitigation and adaptation work.”

Also in the area of agriculture, Chisholme said the county is planning to continue partnering with the Smart Cities initiative, which is “doing some really great stuff with the circular economy.

“And we’re also going to be, of course, continuing to support the water quality (program) and the Green Legacy tree planting program.”

In the area of transportation, Chisholme said the county ‘s focus is on a transition to electric vehicles, “both in the county fleet and in the community.”

Part of that effort will involve the creation of a regional electric vehicle charging network.

“This is been in discussion for a couple of months, with partners including the City of Guelph and counties of Dufferin, Perth, Huron, Grey and Bruce,” said Chisholme.

“What this is, is looking at our jurisdiction and saying for small communities sometimes funding is a challenge to get.”

She added, “So if we can work together and be strategic about where we want our [electric vehicle] charging stations, we’re hoping that’s going to bring some attention to the need in this area.

“And we’ll be linking those to visitor destinations, so shopping and any sort of tourist attractions.”

The partners have applied for funding through the Federation of Canadian Municipalities (FCM) and are “hoping that will be completed by March 2022.”

A home energy retrofit program is also under development.

Chishome said the program is being created in partnership with Our Energy Guelph and discussions on the program are being held with Waterloo Region.

“I really like the idea of them having an agricultural piece. That’s’ really going to do well for our farmers and our area here in Mapleton.

“And I also like the funding for the electric vehicles and I’m glad we actually applied for that funding, I think it’s going to be an needed tool for a lot of vehicle owners coming up and certainly if we have it we can be in a nice corridor and people will be able to travel back and forth through that corridor for tourism for economic development.”

Davidson added, “I think it’s a great idea … If there’s anything we can do as a township to get that funding from the FCM just let us know.”