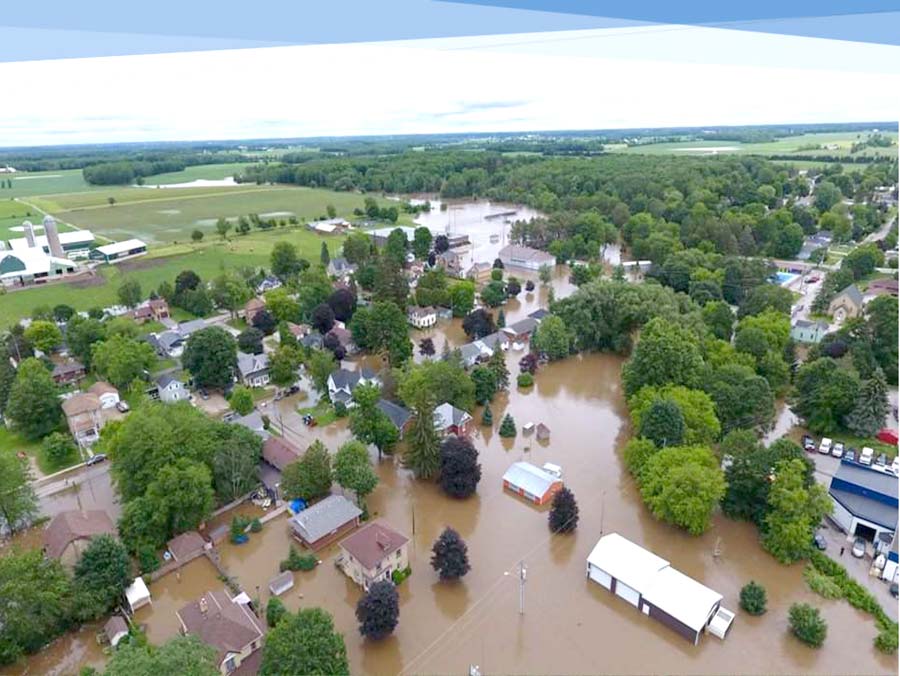 MINTO – An adaptation plan for protecting infrastructure from the effects of climate change could be part of the long-term solution to Harriston’s chronic flooding problems, says Wellington County’s climate change coordinator.

The plan, entitled Future Focused, was endorsed by Wellington County council on Feb. 26. It has been in the works since February of 2019, when the county announced it would use a $125,000 federal grant to fund a climate change coordinator staff position.

Among the ways the plan could impact Minto, Chisholme told council, is “the flooding through Harriston.

“This is something that I hope to look at through an adaptation plan,” that would focus on “how can we protect our infrastructure from the effects of climate change going forward,” she explained.

“For those who produce carbon credits, either though generating energy through solar, or our famers sequestering carbon, they’re coming up with a system to be able to account for that and to be able to sell those credits to industries that need to be able to reduce their net emissions. So that‘s one thing we’re looking at,” said Chisholme.

She added the county is also looking at ways to get involved with a federal initiative aimed at creating “living labs” on farms.

“We’re looking at establishing some proposals for when the funding intake opens next year to establish a living lab in our area,” Chisholme said.

“And that would be looking at agriculture and some of the things that farmers can do for adaptation and mitigation.”

Chisholme told council the effects of a changing climate are already being felt locally.

“In the county we are already seeing some of the impacts of climate change and I know our farmers can attest to much of them,” she said. 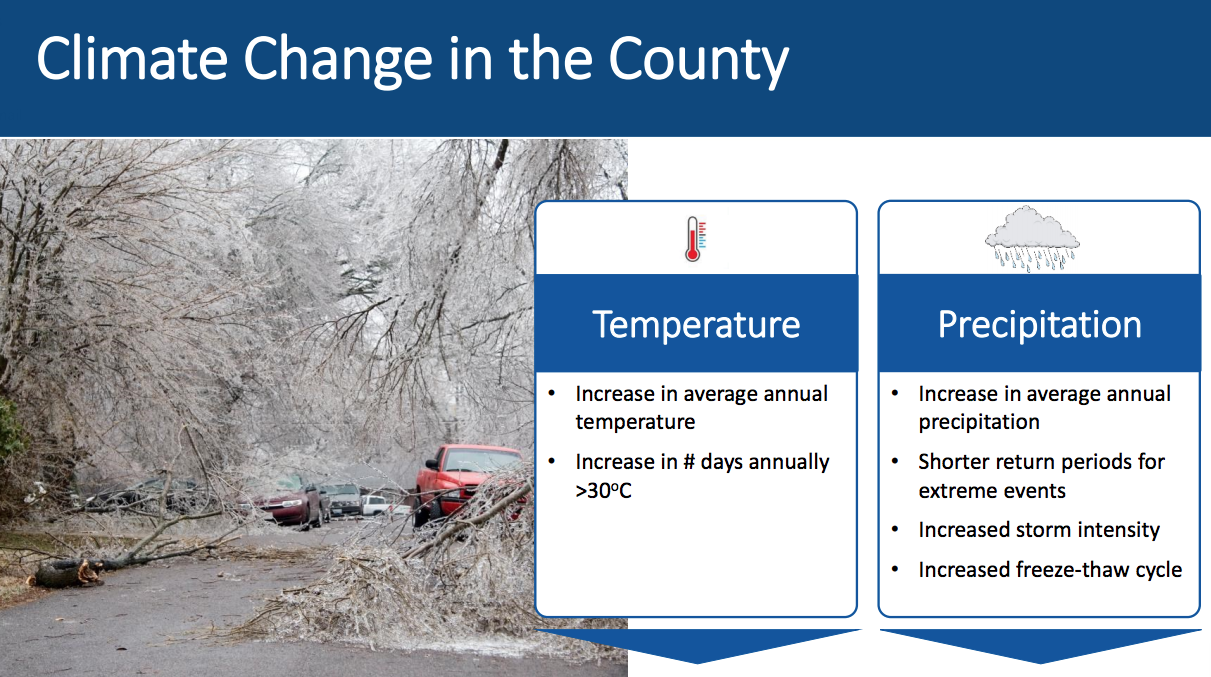 “Most prominently, what we’ll experience and notice will be changes in temperature and those changes will include an increase in average annual temperature, as well as an crease annually in the number of days above 30 degrees Celsius and this is really important when it comes to temperature-related illnesses,” she stated.

“We will also see more precipitation,” Chisholme added, noting the changes will include:

Other elements of the county climate mitigation plan include continued support for a water quality program and the Green Legacy tree planting program, as well as a focus on conversion to electric vehicles both in the county fleet and across the community.

She noted the switch to electric vehicles within the county fleet “is really focussing on some of our light-duty vehicles.

“Because we don’t have clear solutions yet for diesel and heavy machinery,” she explained.

Chisholme said the county has targeted a reduction of six per cent in emissions within eight years, using a 2017 baseline.

“I’m excited about it. The Town of Minto for years has done some really interesting things,” said bridge.

“We have solar panels on all our buildings … and a bunch of other things that we’ve worked with the county on.”

“So we can certainly work with Wellington County toward some bigger projects down the road,” he said.

Treasurer Gordon Duff commended Chisholme and the project steering committee for doing a good job of gathering local stakeholder input despite challenging conditions brought on by the COVID-19 pandemic.

Duff said he expects local government and citizens will end up doing much of the heavy lifting on the climate change file.

“It’s a big topic at federal and provincial (levels), but really, I think the work is going to get done at the local level,” he stated.