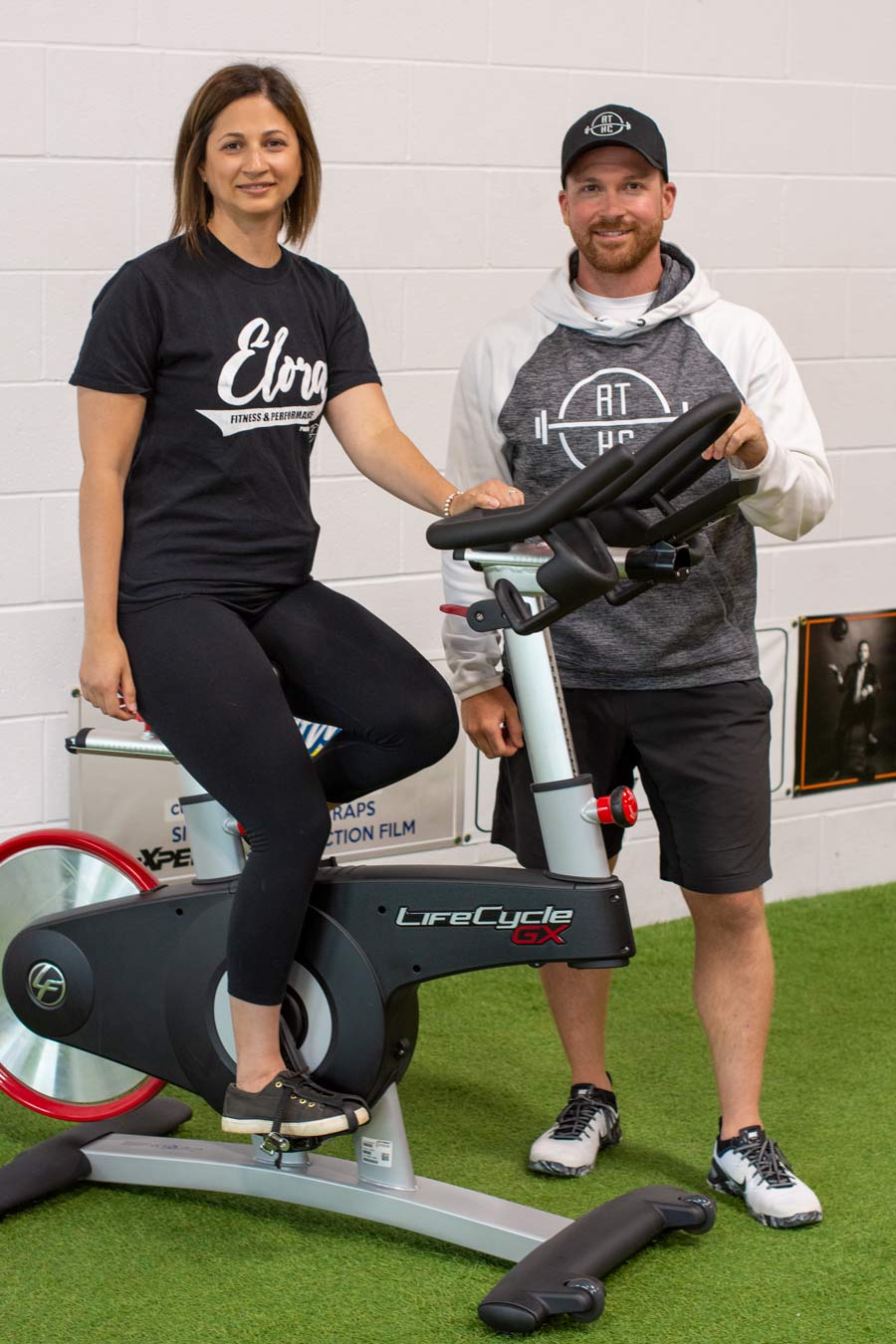 Gillan Alton is organizing the inaugural Tour de Elora, along with business partners Rich Wigmore and Taylor Rawson. They hope to grow the event into an annual fundraiser for the Grand River Regional Cancer Centre.

The trio own Elora Fitness, while Wigmore and Rawson also own RT Fitness Company, where the Tour de Elora will take place.

Alton was diagnosed with breast cancer three years ago, when she was just 31 years old, and much of her treatment took place at Grand River Regional Cancer Centre.

The event, which will take place Oct. 5 from 8am to 2pm at RT Health Company in Elora, is open to everyone.

“Chemo was absolutely terrible for me,” Alton said. “I had a toxic reaction to it so it burned all the nerves and muscles in my legs and I didn’t walk for a good month during the treatment because it was so painful.”

Between her chemotherapy and radiation Alton decided she needed to start exercising again. She signed up and had personal training sessions with Wigmore at RT Health Company.

“Basically all I did was treatment and worked out and I made it through my radiation with very few side effects and not too much fatigue and I think it was because I was on this working out,” Alton said.

Wigmore said one of the biggest challenges for Alton was not being at the fitness level she was at before she was diagnosed.

“I was like ‘okay something that would be very, very simple for you prior now is going to be difficult and difficult for different reasons,’” said Wigmore, who added it is now difficult to recognize any of Alton’s physical struggles.

“It was nice to have a win because chemo was so, so terrible that it felt nice to not be the one with every complication under the sun,” Alton said.

Following her treatment Alton partnered with Wigmore and Rawson to open Elora Fitness, a gym that compliments the personal training services at RT Health Company.

Alton said the event will include seven stationary bikes and teams of five cycling for one hour with each member riding for seven minutes.

“It’s great for all ages, all fitness levels,” Alton said.

“You don’t have to train ahead of time; anyone can just show up and do it and it’s a lot of fun so I thought it would be a really neat event to do here.”

With a goal of raising $10,000, the organizers are hoping to have about 28 teams participating on Oct. 5.

There will be prizes at the end of the bike-a-thon for the team that rides the furthest distance, raises the most money and is the most enthusiastic.

Spectators are also invited to attend the fundraiser and barbecue and enter some raffle draws.

Alton said the community and local businesses were very supportive while she was going through treatment and they’ve stepped up again to make donations to Tour de Elora for raffle prizes and draws.

The bike-a-thon is also an opportunity to raise awareness.

“It’s raising awareness for young adult cancer in general because it is fairly rare, but just knowing that cancer touches so many people’s lives and there’s lots of money that goes to research … I just wanted to give back to the centre to help more people in any way they can,” Alton  said.

To register at team for Tour de Elora visit www.tourdeelora.weebly.com. For more information contact Alton at 519-803-5505 or tourdeelora@gmail.com.