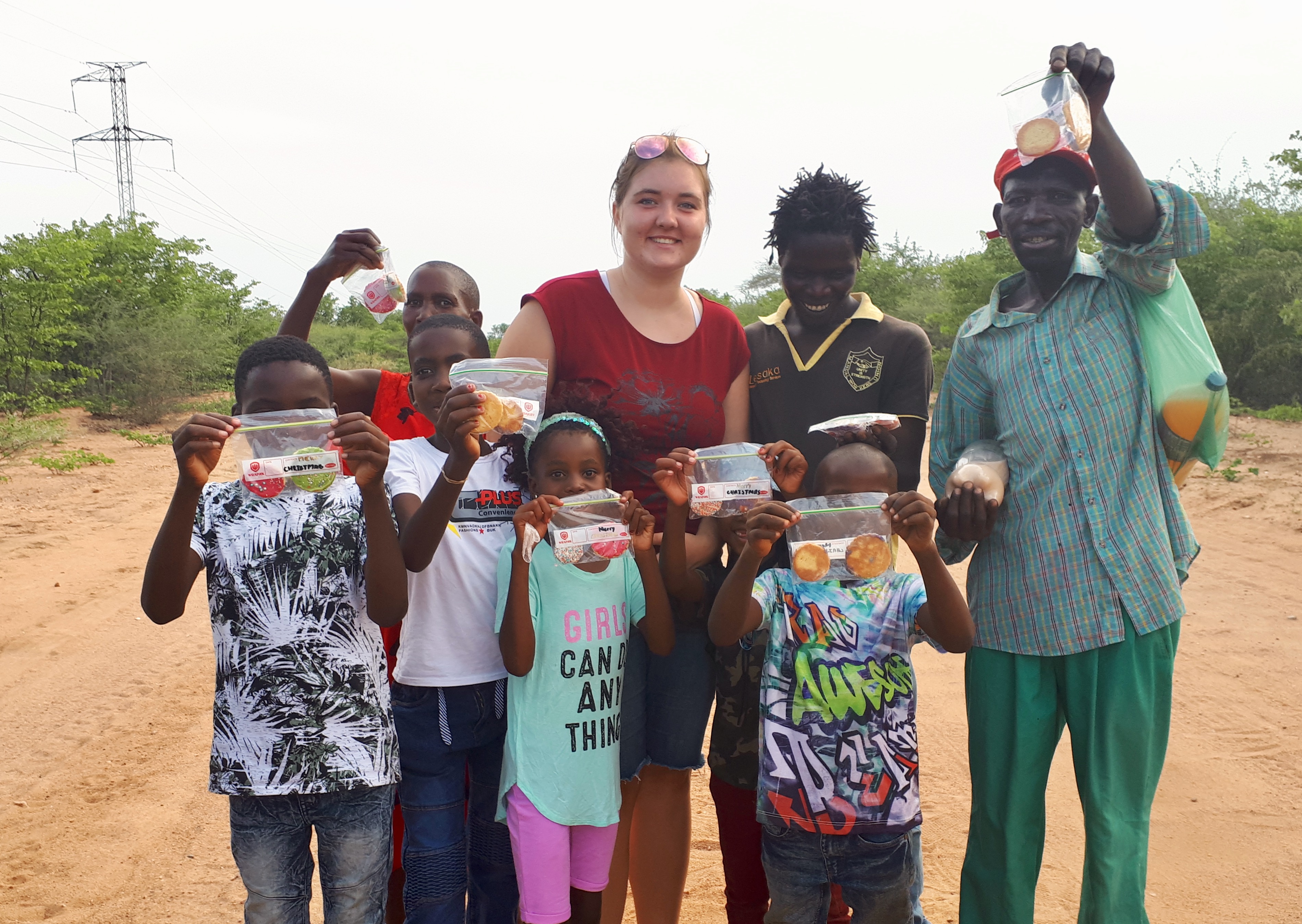 MAPLETON – When Breanna Frey left Mapleton for Botswana last September, she was prepared for adventure in another corner of the world.

What she wasn’t prepared for was a global pandemic that would make getting home a daunting and dangerous endeavour.

Frey found her way back from a mission trip, where she was helping children and disabled individuals an ocean away, on May 22 and completed a mandatory two-period of self-isolation in a trailer at her parents’ property on June 5.

In a June 3 telephone interview with the Advertiser she reflected on a journey that drew support from her home community and beyond – and ended with an “incredible” assist from some fellow Canadians.

Frey had previously visited Africa in 2017 on a three month trip through U.S.-based Adventures in Missions, with stints in South Africa, Botswana and Zambia.

In South Africa, the group hosted day camps for children and worked with women in maternity wards of local hospitals and clinics, offering support and prayer.

ALCB is a pre-school set up and feeding program for children aged two to five in an “off-the-grid” island community, Frey explained.

Many island residents speak neither English nor Setswana (Botswana’s national language), putting the children at a major disadvantage when it comes to schooling.

“They know a lot of bushman languages … It’s like going back in time, to be honest, to live in that village,” said Frey.

“We would try and teach them how to learn English and Setswana before they even enter the public school system so their grades aren’t that far behind.”

After returning home in December of 2017 Frey said, “I really tried … all my options before I really decided to go back to Botswana.

“I considered going back to school to do post-secondary. I tried to pursue a relationship,” she recalls.

But halfway through 2019, she decided, “all of those doors had shut and the only one that was left open was returning to Botswana – which I really did want to do.

“I knew my heart was still there. But I wasn’t sure if it was realistic,” she said.

“I worked five jobs. I would pull crazy hours, like sometimes 18 to 20 hours a day,” to raise the funds needed for the trip, she recalls.

A community fundraiser just before she left allowed her to take $3,700 to donate to ALCB. 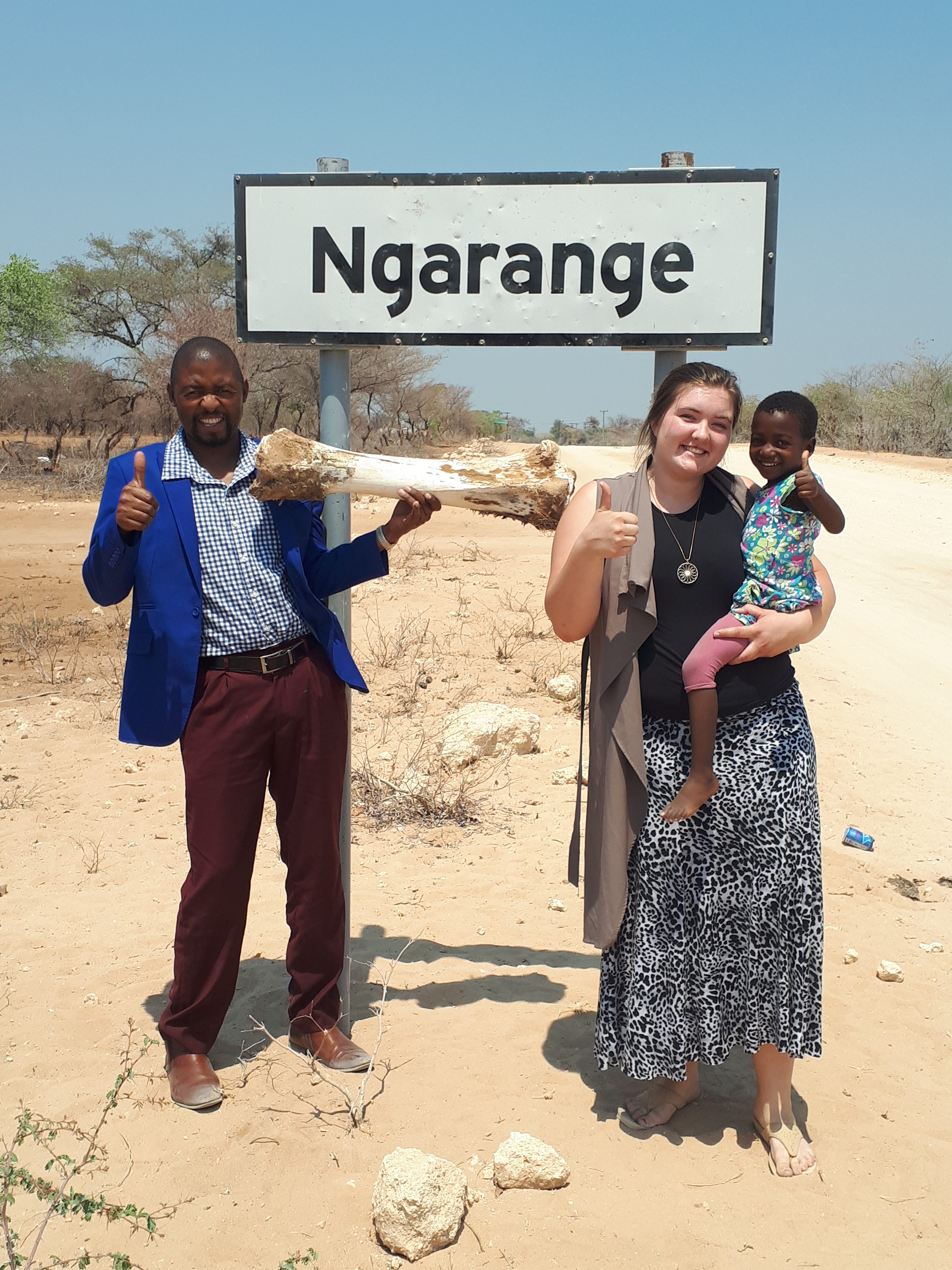 “There were so many things that came into play. I got a super cheap plane ticket,” she said.

“God woke me up at four o’clock in the morning in one night” and she managed to buy a ticket for just $900, half what she had budgeted.

“There were just so many confirmations over and over again … I knew that it was what I was supposed to do.”

Making her own travel arrangements this time, Frey was hosted by ALCB founders Paula Ovendon, an Australian, and Maggie Setlhare from Botswana, living with them in a home right beside the organization’s facility and kicking in $60 a month for groceries.

Working this time largely with disabled individuals, providing assistance comparable to what personal support workers provide, Frey had planned and budgeted to spend about a year in Botswana.

The pandemic frenzy that enveloped the world this spring was slow to arrive in Botswana, which Frey said “was the last country in the world to get a case” of COVID-19.

“We were hearing at the end of February-ish that it was happening, but it was still not a reality for us,” she remembers.

In March, Frey’s family back home were telling her about the March Break being extended and other signs “it was getting really bad in Canada.”

However, she noted, “We were still pretty lackadaisical when it came to the pandemic because we didn’t see it coming toward us.”

Around then, some friends working with the Peace Corp in Botswana told Frey they had to leave “because the government is calling everybody home.”

However, since she had planned to stay until fall, Frey saw no reason to cut short her trip at that point.

“l was thinking if it’s just a couple weeks in March … or even just until April and it changes or lifts in May or June … I was still planning on being in Botswana until at least August or September,” she explained.

Frey was travelling within Botswana, about 15 hours from her base village, on March 28 when her group received word “everybody in the country has two days to get ready because the country is going into full lockdown because they had gotten their first case.”

Her party drove all night to get home and the next day went to town and bought enough groceries to last a month.

“Then we went back and locked ourselves in our house and waited to ride this thing through.”

Once the lockdown began Frey said “we were seeing military trucks driving down our street and cop cars everywhere and they were just picking up people that were out and about that were not issued any sort of permission.”

“So it was a little frightening,” said Frey, who remembers thinking, “this got real intense, real quick.”

Once it reached the point permits were required to be outside and it became clear no one knew when the situation would end, Frey began to think about leaving.

Her hosts, with donations no longer coming in and the government diverting some NGO (non-governmental organization) funding to pandemic response, asked Frey to contribute more financially.

“So they actually tripled my cost to be living there. So it went from like $60 a month to a little over $180.

“And also groceries were just costing so much more and I could see that times were getting tough and I was just realizing that we don’t know when this is going to end and I could really use my family right now.”

At the advice of some friends, Frey registered with the Canadian embassy.

With the embassy’s help “I tried to get home at least six times,” said Frey.

However, notice of departure was short and Frey, living on an island 15 hours from the airport, required a couple of days of travel time. Sometimes the embassy-arranged plans would fill up before she could make arrangements.

Also, some of the routes home “weren’t very safe,” she notes.

One such route involved crossing the border into South Africa, requiring a military escort, then arranging on her own to rent a car for travel to Pretoria, where Canadian embassy personnel would escort to her to Johannesburg to catch a flight to London, England, then on to Toronto, sometimes via the U.S.

“The high risk of getting COVID along the way was certainly alarming because of how quickly the numbers were increasing in South Africa,” where rioting due to food shortages and other issues were becoming more frequent.

“Going through South Africa would have put me in a lot of danger, especially as a 20-year-old flying by myself,” said Frey.

Finances also came into the picture, with the embassy advising her it would cost from $10,000 to $16,000 to get home at that point.

“I had budgeted $2,000 in case of an emergency. I got from Canada to Botswana for $900, so was budgeting worst-case scenario … but obviously not preparing for a pandemic.”

Meanwhile, back home, friends and family had been contacting the Freys concerned about Breanna. Her aunt, Brenda Erb, had begun making plans for a GoFundMe campaign.

“Three or four days later Betty Douglas just messaged me and asked me how I’m doing and she was like, ‘well can I run a fundraiser for you?’”

Frey connected Douglas with Erb and “Within 12 hours it was up, running and already had like $150 bucks in it.”

The fund would eventually grow to around $7,500.

“This is where the story really gets incredible,” said Frey.

“Once got up to $7,000 I realized that I can really look at my options, but I still really believed that God would make a way.”

Then, on May 12, Frey received a text from a staffer at the Canadian embassy advising her a Canadian couple was planning to charter a plan from an airport closer to her location than the capital to connect with a flight home from Addis Ababa in Ethiopia.

The staffer told her “because of your heart, and just your story, you were the first person I wanted to message.”

As it turned out, the Canadian couple (Frey never learned what part of the country they came from) was spending $41,000 to charter the plane and agreed to take along two Canadians to be selected by the embassy – free of charge.

Realizing she was actually going to get home, Frey began saying goodbye.

“It was hard because I really wasn’t mentally prepared,” she recalls. 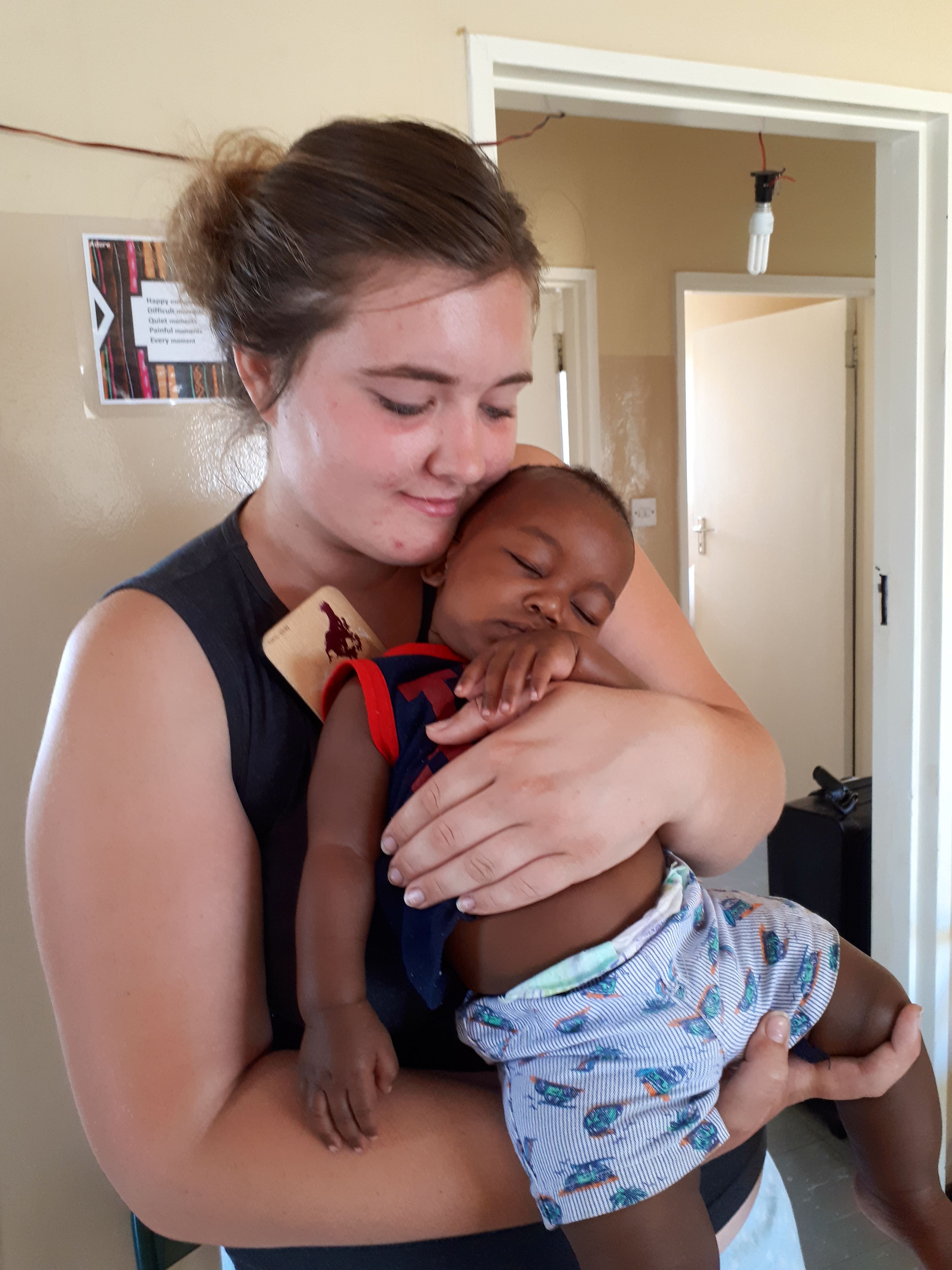 At 11am on May 21, Frey and the other Canadians (a helicopter pilot from British Columbia was the other guest on the flight) took off for a five-hour flight (with a refuelling stop in Kenya) to Addis Ababa in Ethiopia.

En route, Frey shared her story with her benefactors, who were so impressed they covered a flight tax of $250 for her, provided her with $200 in local currency to use on her next trip to Botswana and even tried to arrange for an upgrade on the Air Ethiopia flight they were all taking to Toronto, from economy to business class, for both her and the BC man.

Unfortunately, the airline didn’t allow the upgrade and Frey settled into economy class for a 14-hour flight “full of disappointments.”

She had been promised the 300-seat plane would carry only 105 passengers, but while business class seats were limited, “economy class was packed in like sardines.

“It was one of the worst plane ride experiences I’ve ever had,” said Frey, who noted a saving grace was that the Air Ethiopia flight ended up only costing a bit over $2,000.

After passing through what she considered a disappointing level of airport security in Toronto, she was met by her parents.

They brought two vehicles to allow them to drive separately on the way home and her self-isolation period began.

Since she ended up getting home within her budget, Frey is now working through GoFundMe to refund donations.

She also started working at her mother’s business, Family Time Pizza and F & M Meats in Wallenstein to save up for the next chapter in her life.

During her trip, she began a relationship with “a very sweet gentleman” and the couple made plans to marry and adopt a child from Botswana.

Despite current pandemic restrictions, Frey says, “I’m still wishful and praying that he will be coming to Canada in December, if everything related to COVID comes to a new normal.”

“So we ended up all becoming a family,” she states.

Frey stressed she wishes to thank members of her community for their willingness to help.

“I was so blessed to see them rise up in this way! I felt very loved and it helped me in the times of uncertainty and when I was feeling homesickness,” she said.

“Even more so, I thank God who knows and sees all to plan a safe way and incredible way that I could have only dreamed to make possible.”