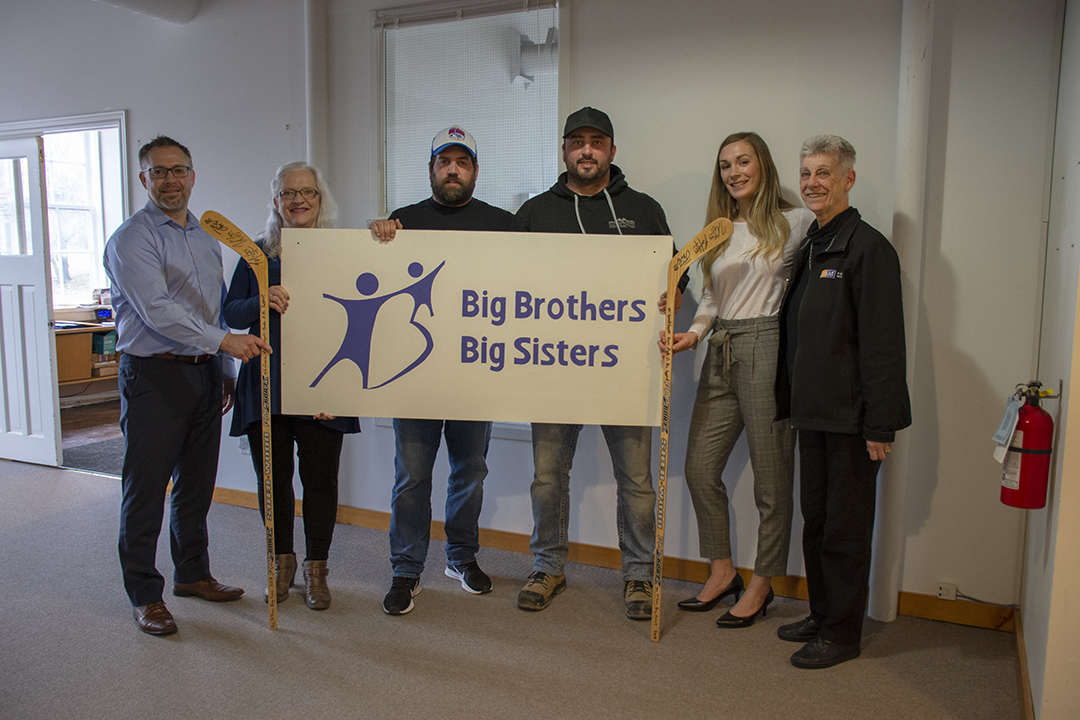 FERGUS –  This year’s Centre Wellington Citizen of the Year is Allan Boynton, of the McGinn Brothers Big Game.

“I’ve always been involved,” Boynton said after he was surprised with the award on April 8 at the Big Brothers Big Sisters office in Fergus.

“If you’re going to move somewhere, then you take the initiative of being part of the community and you help and you do your part.”

Boynton, 36, moved to Fergus about two years ago with his family. He has served on East Garafraxa council and raised money for political parties.

“He pretty much took Fergus by the reins and kind of did a lot for Big Brothers Big Sisters and money that was raised here in Centre Wellington was pretty awesome for the community really,” said Dylan Cunningham, who nominated Boynton for the award.

“It’s nice to see someone come up and do what he can for the community and I think it’s a great thing that he’s doing, a great cause.”

It all began after Boynton moved to Fergus and heard about youth suicides in the community. He asked Big Brothers Big Sisters Centre Wellington executive director Kristen Drexler what she needed to help local youths.

“She said ‘are you going to give me half a million dollars for a building?’ And I said ‘no, but I’ll raise it,’” Boynton recalled.

Drexler said the space Big Brothers Big Sisters is in now is quite small.

“Without the help of people like Allan, who make waves very fast, our momentum would be much slower,” she said. “So we really appreciate everything that he’s done.”

“I reached out to the guys and said, ‘Guys listen, you guys aren’t here all year because you’re playing hockey all over, but we need you guys and your name to be the vehicle that brings in the money,’” Boynton explained.

“And they’d been looking for a way to do something annually … and … last year was such a big success raising money, the kids had a lot of fun.”

The one-day, four-on-four ball hockey tournament, culminates in the Big Game, with randomly selected players from registered teams in all divisions getting a chance to play with NHL players.

The funds raised are going towards a new community “hub” at which youths can access resources. It will be located in part of the former Target building on Tower Street in the south end of Fergus.

“The owners of the building have worked with us to renovate and there’s going to be six or seven not-for-profits inside this hub where kids are going to be able to go,” Boynton said.

“It’s right up near the high school and  … there’s music, there’s cooking …

“It’s a place where if you have challenges or questions you don’t sit in the dark at home, you go and you talk to someone … the whole purpose of it was to make sure that kids had somewhere to go.”

“Anything that we’re doing here for our youth and our students is huge,” Linton said.

Boynton will receive his award at the Centre Wellington Chamber of Commerce Awards of Excellence Gala on May 14.