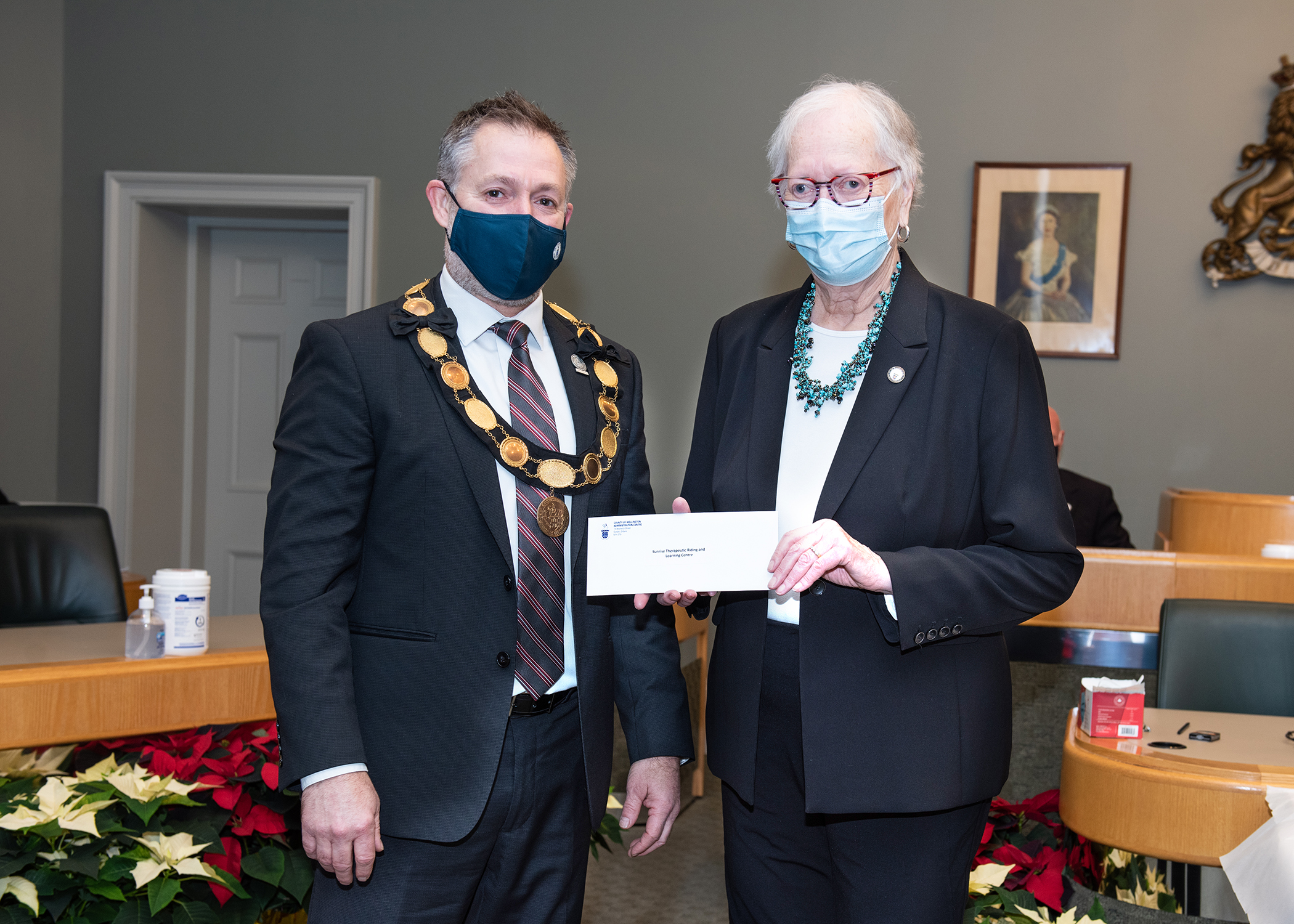 GUELPH – Former Puslinch councillor Barbara Bulmer has been selected as the recipient of the 2021 Luella Logan Award for Outstanding Service by a Woman in Politics.

Presented on Nov. 25, the award recognizes “a retired female politician who has shown outstanding service in local politics with the County of Wellington, or one of the county’s member municipalities,” states a county press release.

“Thank you very, very much. I’m honoured. I’m really quite moved by this. And it was so unexpected,” said Bulmer as she accepted the award on Nov. 25.

“I’m so pleased that this award has this wonderful side to it where we can put money where it’s most valued.”

Bulmer, the first female member of Puslinch council, served as a councillor from 1974 to 1978.

Luella Logan Award recipients receive a donation of $1,500 to allocate to the charity of her choice.

Bulmer has chosen the Amy Turner Memorial Scholarship Fund at Sunrise Therapeutic Riding Centre in Puslinch. Through this donation, three local children will be able to obtain therapeutic riding lessons.

“On behalf of county council, I would like to congratulate Barbara Bulmer on receiving this award,” said Warden Kelly Linton.

“Luella Logan contributed so much to Wellington County during her political career and this award is a wonderful way to honour her legacy.”

The award is funded through a donation to the county received from Mr. Robert Logan in recognition of his late wife Luella “Lou” Logan, the first female Wellington County councillor.