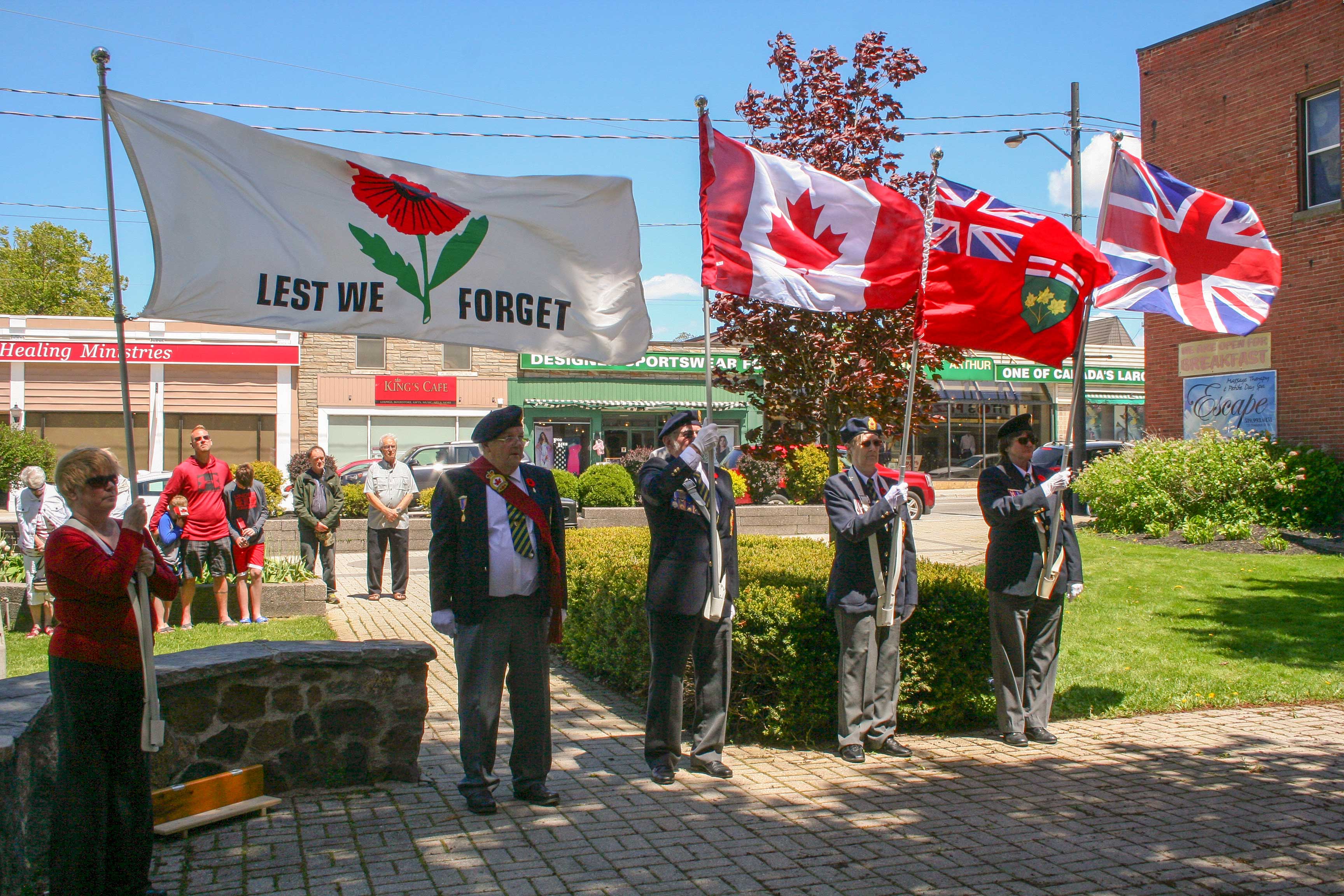 Remembering - Flags fly proudly in Arthur as residents commemorate the 75th anniversary of D-Day and the Battle of Normandy in a ceremony on June 2 at the Arthur cenotaph. Photo by Mike Robinson

ARTHUR – A solemn yet simple ceremony here on June 2 marked the 75th anniversary of D-Day and the Battle of  Normandy.

Members of the local branch of the Royal Canadian Legion and area residents gathered at the cenotaph. Legion member John Dalley read scripture in remembrance of those who made the supreme sacrifice. 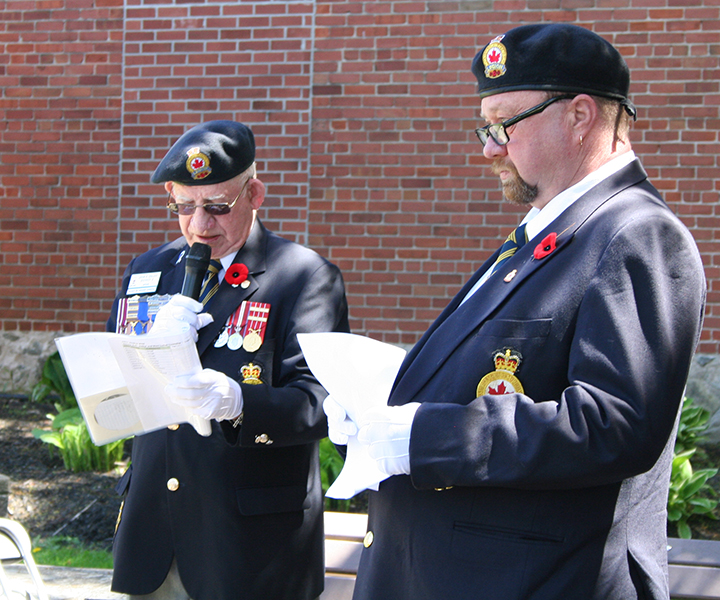 Of D-Day, Nater quoted MP Frederick George Sanderson, who once said, “History will record it as the most important and far reaching in its consequences, not for a day, a week or a month, but for the years to come.”

Nater wrote, “75 years later, these words ring true.” He extended thanks to the Arthur Legion.

“Events such as this are a tradition in which we remember and honour all those who fought in conflicts around the world…” said Nater, recognized the contributions of Wellington County residents past and present “to secure our freedom and our future.”

Dalley read the Arthur honour roll for the Second World War and wreaths were placed by WWII veteran John Walsh in honour of fallen comrades and by Hicks on behalf of the legion. 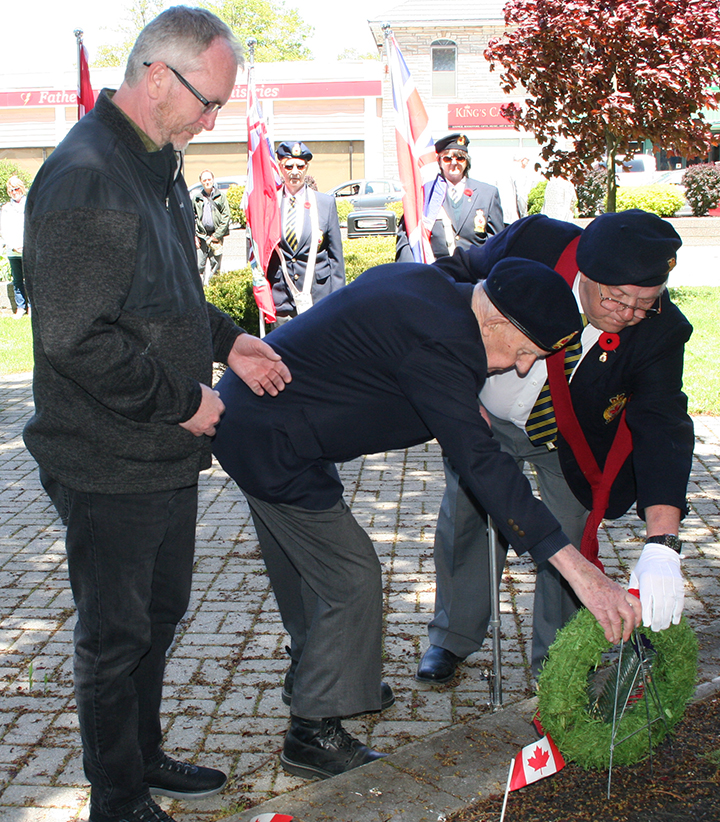