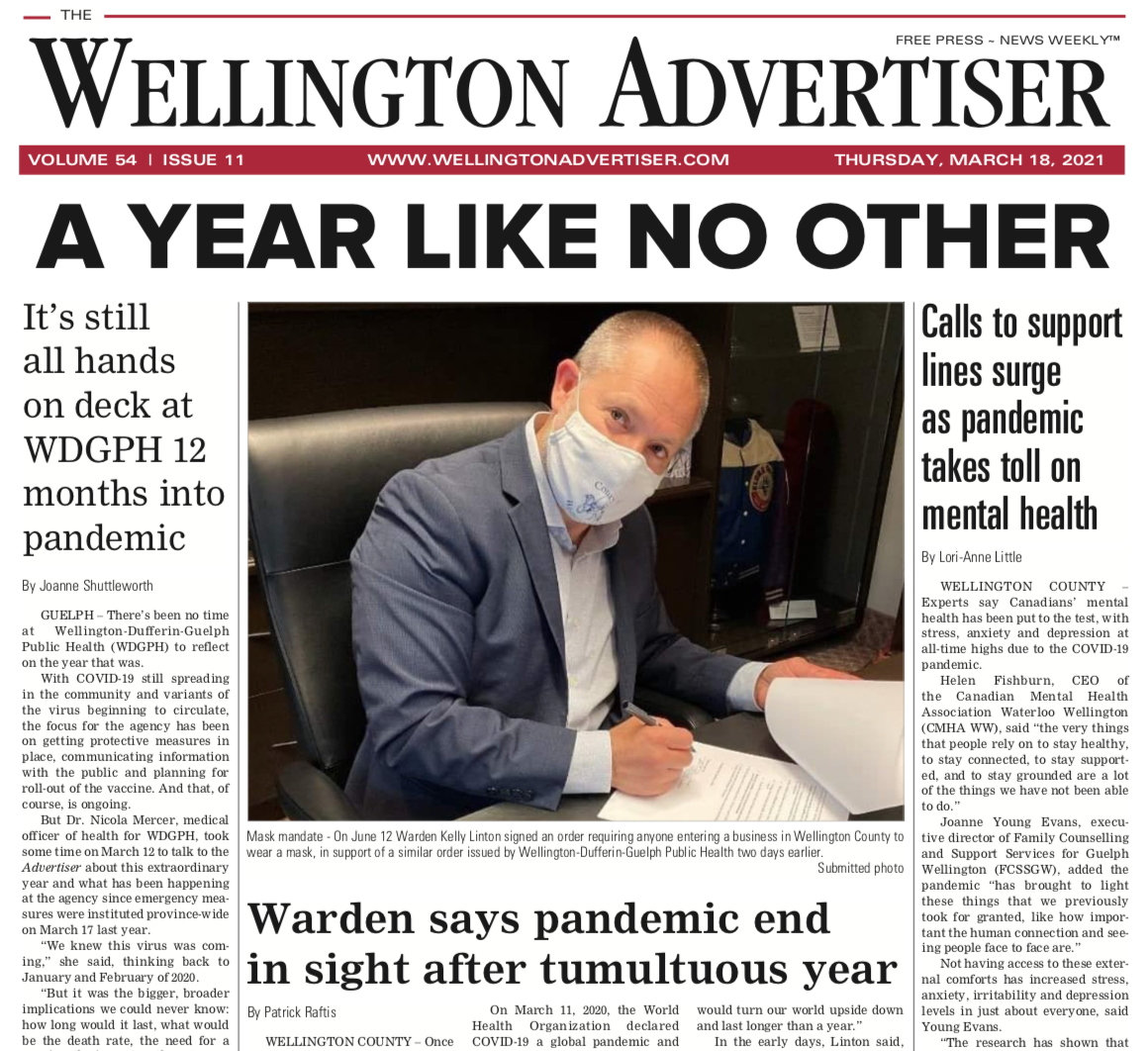 In addition to being named the province's top newspaper in its class by the OCNA, the Advertiser received second place in the Best Front Page category for its March 18, 2021 issue that documented the first anniversary of the declaration of the COVID-19 pandemic. Advertiser file photo

WELLINGTON COUNTY – For the third year in a row, The Wellington Advertiser has been named the top community newspaper in Ontario in its class.

The Advertiser won first place in the General Excellence category (circulation between 22,500 and 44,999), beating out 15 other entries, including fellow finalists Niagara This Week and the Sarnia Journal.

“I’m very proud of our staff’s effort to put out a great newspaper each week,” said Advertiser publisher Dave Adsett.

“This award also speaks volumes of the communities we serve.

“Local businesses and agencies help us by way of advertising revenue to put out a quality newspaper each week.”

Adsett also noted the newspaper has made a concerted effort over the last two years to improve its website and offer more online content.

Organized annually by the OCNA, the BNC event recognizes the work of community newspapers throughout the province.

In their decision, three General Excellence judges called the Advertiser “a standout in its class” and “a model for all community papers to learn from.”

The judges said they would like to see a dedicated weekly sports section, but also noted the publication “packed in more community news than any other paper in this category.”

The judges also lauded the Advertiser for its “diversity of advertising,” a strong op-ed and letters section and a “robust” classifieds section.

The Advertiser’s sister publication, the North Wellington Community News, finished in the top three in the following Premier Award categories:

The BNC winners are usually announced at an annual gala, but it was cancelled for the third year in a row due to the COVID-19 pandemic.