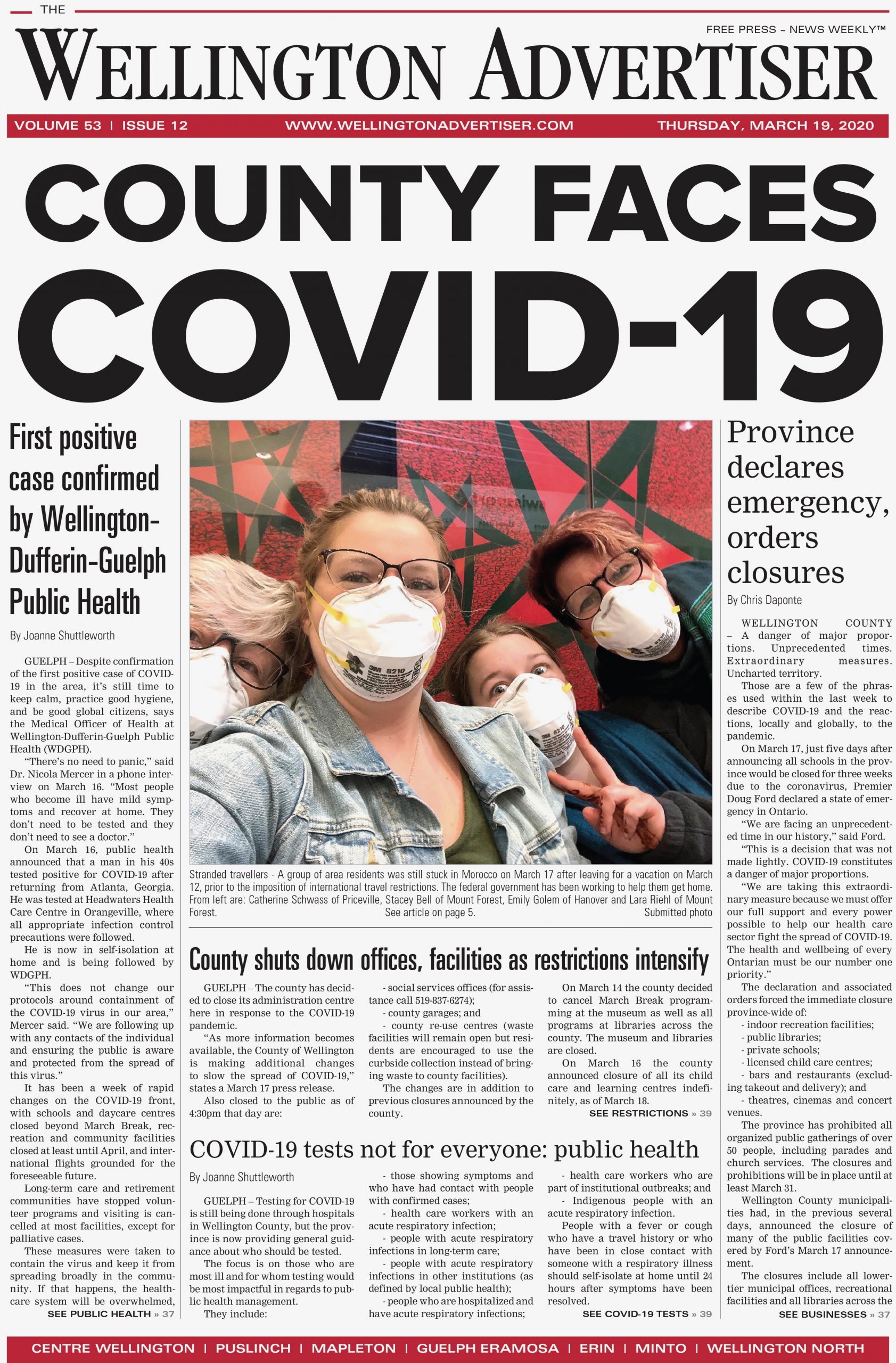 In addition to being named the province's top newspaper in its class, the Wellington Advertiser also won the OCNA award for Best Front Page for this edition, dated March 19, 2020.

TORONTO – For the second consecutive year, The Wellington Advertiser has been named the top community newspaper in Ontario in its circulation class.

The Advertiser won first place in the General Excellence category (circulation between 22,500 and 44,999), beating out 18 other entries, including fellow finalists Niagara This Week and Whitby This Week.

“In such a challenging year, being recognized by peers in the industry as best in class for the second year in a row is quite humbling yet gratifying,” said Advertiser publisher Dave Adsett.

“We have a talented team at the Advertiser – from our graphic artists to our conscientious reporters – I am proud of each and every one of them.”

Organized annually by the OCNA, the BNC competition recognizes the work of community newspapers throughout the province.

In their decision, three judges stated the Advertiser “makes good use of the front page as well as its general layout” and they commended the paper for its letters and opinion pieces.

“Its strong variety of local content and good use of photos also helped put this newspaper at the top of the list.”

Overall, the judges concluded, “This paper packs in a lot of community news and has a little bit of everything that would appeal to broad readership. Congratulations.”

Adsett noted that like most businesses, the Advertiser faced incredible challenges in 2020 due to the COVID-19 pandemic.

“While we won awards across all categories, I want to specifically thank our news team for their commitment this past year,” he said.

“Many days stories were posted hourly to our website and the paper was put together with readers in mind.

“These are significant challenges our people met head-on.”

The BNC winners are usually announced at an annual gala in Vaughan, but that was cancelled for the second year in a row due to the pandemic.