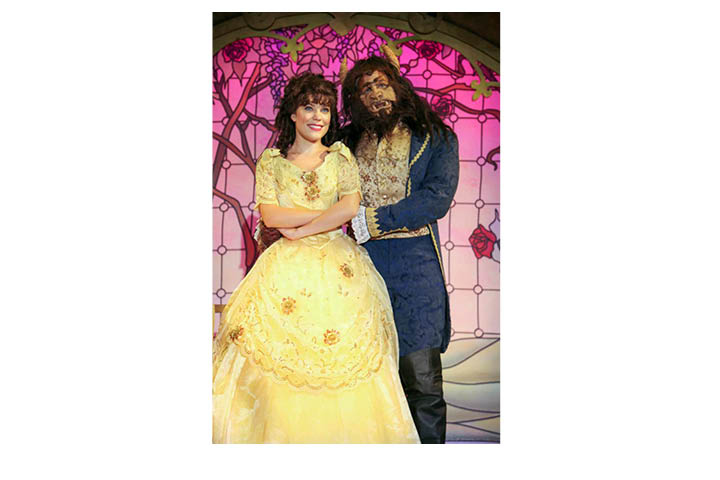 Tale as old as time - Beauty and the Beast comes to the Drayton Festival Theatre Aug. 15 to 31.
Submitted photo

DRAYTON – Experience “a tale as old as time,” as Disney’s much-loved blockbuster musical Beauty and the Beast delights audiences of all generations with its memorable story of romance and redemption, from Aug. 15 to 31 at the Drayton Festival Theatre.

“Beauty and the Beast is a global sensation and Disney’s most popular musical,” said Alex Mustakas, artistic director of Drayton Entertainment.

“Although the story remains true to the original animated movie, there are added songs and greater depth to the characters that make the live theatrical production extra special – it’s the perfect summer theatre experience for families.”

Disney’s Beauty and the Beast tells the classic story of Belle, a spirited young woman in a provincial town, and a troubled Beast, who is really a prince trapped in a spell placed on him by an enchantress.

The terrible hex also affects his castle staff, transforming them into talking candlesticks, clocks, tea pots, and more. If the Beast can learn to love and be loved in return before the final petal falls on an enchanted rose, the curse will end and he and his household will be transformed to their former selves.

But time is running out. If the Beast does not learn his lesson soon, he and his household will be doomed for all eternity.

Can “beauty” tame the Beast and see the truth beneath his physical appearance before the last petal falls?

With stirring musical numbers like Be Our Guest, Home, and Beauty and the Beast, this lavish production is sure to entertain theatregoers who know and love the story and those who are experiencing the magic of Beauty and the Beast for the first time.

Jayme Armstrong takes the helm as the production’s director.

She is no stranger to the Disney canon, having appeared as Mary in Mary Poppins and Ariel in The Little Mermaid previously for Drayton Entertainment. She has also played the role of Belle three times, most recently for Theatre Aquarius in 2016.

Jessica Gallant anchors the production as Belle, the feisty, bookish beauty who dreams of adventures beyond her provincial life.

Gallant charmed audiences as Ariel in Disney’s The Little Mermaid in St. Jacobs and Grand Bend last season. She has also appeared in numerous roles at the Charlottetown Festival including the title role in Anne of Green Gables.

New York actor Tony Edgerton is the fearsome yet misunderstood Beast, who is imprisoned in his enchanted castle as punishment for his selfish ways.

The beast becomes increasingly tender as his desire to win Belle’s affection grows, softening his rough exterior as he learns the value of kindness.

Edgerton has appeared in several productions in the U.S. including the National Tour of Joseph and the Amazing Technicolor Dreamcoat.

David Light tackles the role of the handsome and haughty Gaston, who is determined to marry Belle at any cost, while Eric Dahlinger makes his Drayton Entertainment debut as his hapless assistant, LeFou.

Light previously appeared in Thoroughly Modern Millie and Chicago for Drayton Entertainment. Dahlinger has appeared in numerous productions across the country including Grease, Anne of Green Gables, and In The Heights, among others.

Veteran actor Geoffrey Whynot, who entertained audiences as Baron Notapenny in Cinderella: The Panto last season, is Belle’s eccentric father, Maurice. In addition to appearing in Cinderella: The Panto, Chicago, Dames at Sea and other productions for Drayton Entertainment, Whynot has appeared on screen in a number of films and TV series.

Audiences may remember Lake from his hilarious portrayal of stepsister Atrocia in Cinderella: The Panto.

He also spent 10 seasons with the Shaw Festival performing in Sweeney Todd, Guys and Dolls, and Ragtime, among other productions.

In addition to his previous work with Drayton Entertainment, deSalaiz has appeared in countless productions across Canada with notable companies including the Stratford Festival, The Grand Theatre, Neptune Theatre, and others.

The assortment of enchanted household objects also includes Valerie Boyle as the motherly teapot Mrs. Potts with Lucas Way as her teacup kid Chip. A veteran actress, Boyle has appeared on stages all over North America including as Mrs. Brill in the Broadway production of Mary Poppins. Way makes his professional debut in this production.

She also played Cosette in the U.K. National Tour of Les Misérables.

Tickets for Disney’s Beauty and the Beast are $48 for adults and $29 for youth under 20 years of age.

Tickets for groups of 20 or more and selected discount dates are $39. HST is applicable to all ticket prices.