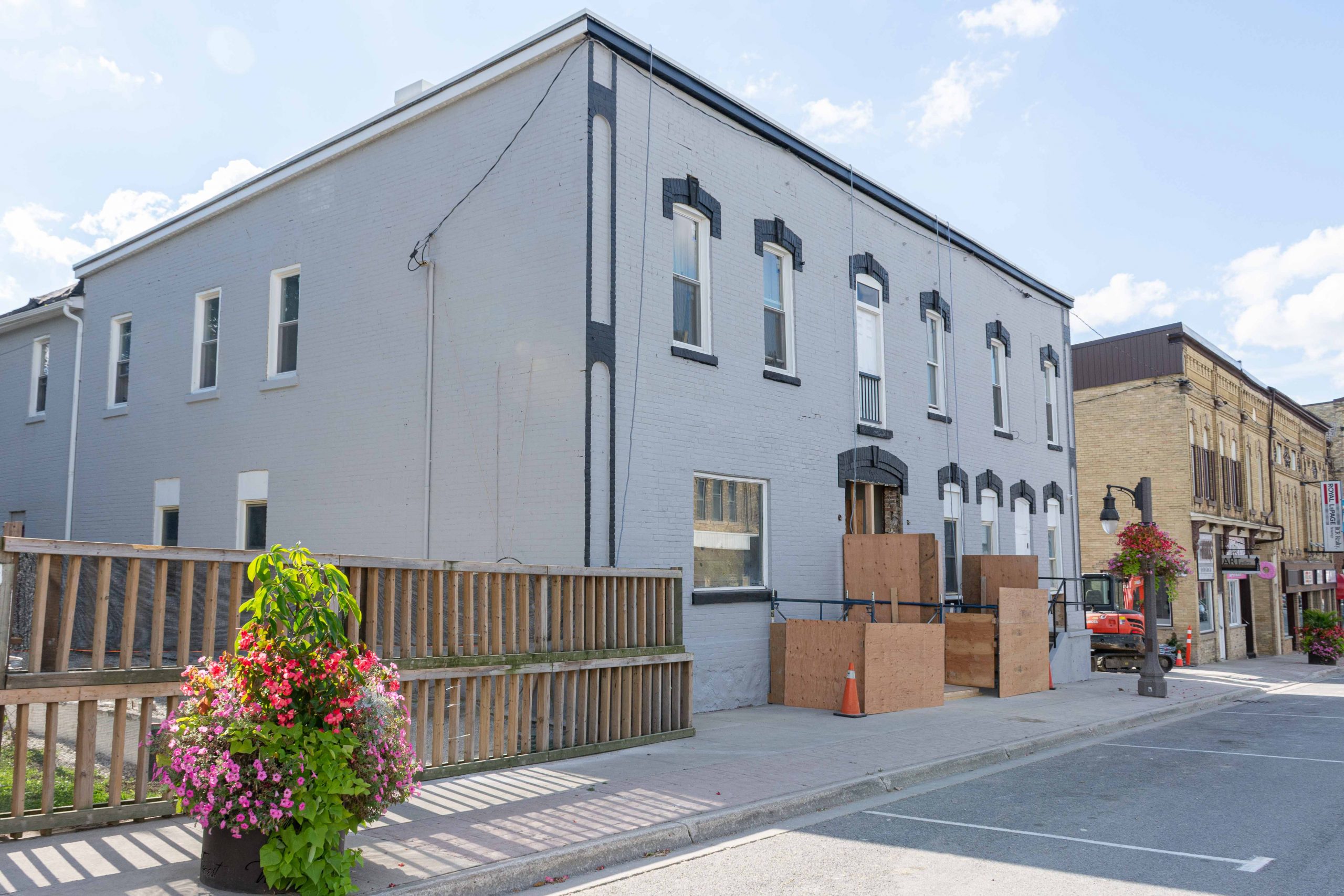 MOUNT FOREST – Once home to the Mount Royal Hotel, the building located at 187 Main Street South has changed faces and owners many times since its heyday as one of Mount Forest’s original hotels, built 133 years ago.

If you walk by the building today, signs of the tavern and its hospitality are gone.

There’s a fresh coat of grey and black paint, the entrance is under construction, and scaffolding and building materials can be found at the building’s northern side.

In 2020, the Mount Forest Royal Tavern dropped the “royal” and became the Mount Forest Tavern with the sale of the building and restaurant to new proprietors Moise Bensadoun, who had a majority stake, and three other partners: Bensadoun’s step son, a contractor, and Daniel Duckett, who became the Tavern’s cook.

Duckett takes a drag from a cigarette on a recent Wednesday, sitting outside on a cramped second-level apartment porch while recalling events leading to the Tavern’s permanent closing in June.

The 51-year-old grew up in Mississauga and earned his way through the kitchens of Toronto’s fine-dining restaurants.

Duckett told of a cutthroat industry where throwing a frying pan at someone in the kitchen didn’t provoke a complaint to the labour ministry.

“That’s why I’m a little like that in the kitchen sometimes myself, because that’s the way I was trained,” Duckett said.

He sought the prestige of being included in industry inner circles and rubbed shoulders with the likes of Michael Bonacini and Mark McEwan – “knights of the roundtable of chefs,” as he referred to them.

In Toronto, at the now defunct Nyood restaurant, is where Duckett met Bensadoun.

Duckett had long talked of owning a restaurant and after moving on from Nyood, kept in touch with Bensadoun, who later proposed Duckett relocate to Mount Forest to cook at the Tavern.

As a sous-chef coming from the Toronto food scene, Duckett expected to experiment with a new menu of fresh food and flavours in a fully-staffed kitchen.

He admits to needing a “dose of reality.”

Deep-fried pickles, burgers, onion rings, breaded shrimp, wings, and liver and onions became choices of the day – a far cry from the sorts of dishes he would whip up for deep-pocketed clientele.

Duckett hates liver and onions, but decided to “take what small towns like and make it better” by prepping from scratch with fresh ingredients and skillful cooking. 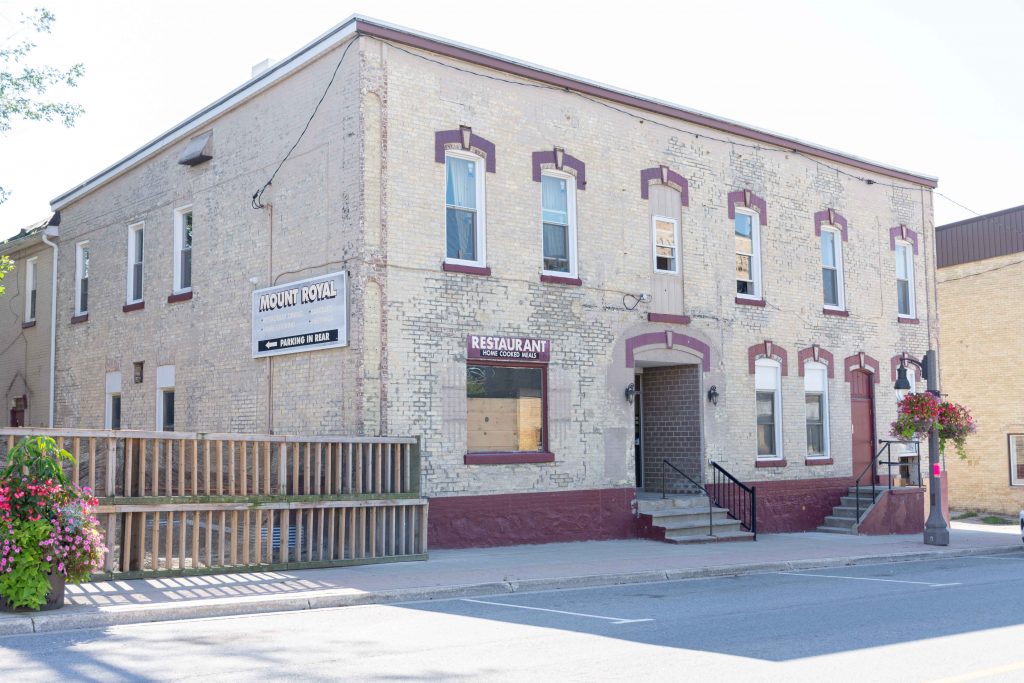 Within the first months of opening in 2020, COVID-19 arrived in Ontario and the restaurant industry was slapped by capacity and operating restrictions imposed by the provincial government.

“Which was great timing,” Bensadoun said sarcastically when reached by phone.

Despite the timing, Bensadoun says the restaurant was profitable.

Bensadoun spoke highly of Duckett’s culinary chops, saying he was a “qualified chef who worked at many fine restaurants in downtown [Toronto].”

Duckett eventually bought out the partners for $200,000 – using money from an inheritance – in January.

He took over ownership of the Tavern, and the building remained under Bensadoun’s ownership.

In the months following Duckett’s buyout, the building, including 12 residential rental units above the restaurant, went up for sale.

Property records show the ownership changing over in May to Caledon-based Mount Forest Green Management Inc., at which point Bensadoun held the mortgage and Duckett remained as a tenant.

As far as Bensadoun is concerned, everything went according to plan: “Renovate the building, fully occupy it, get good tenants in there paying rent, have a good lease on the restaurant, and then turn around and flip it.”

“I did very, very, very well on the property, and I sold it for a very good profit,” Bensadoun said.

He conducted a similar flip less than a year ago with the Loretto Tavern, northeast of Orangeville near Tottenham. 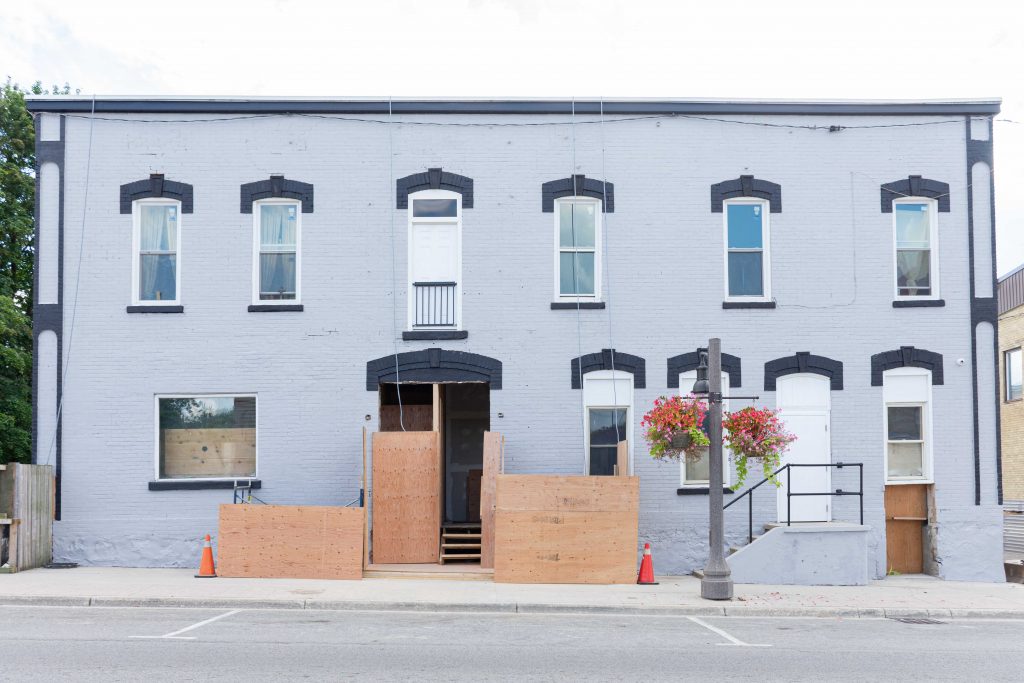 Duckett was cagey about what happened between his takeover and when he was forced to leave, but said he had a verbal agreement with Bensadoun to keep the restaurant running once the building was sold.

Between June and July 19, when Duckett vacated the building, Wellington-Dufferin-Guelph Public Health (WDGPH) ordered the Tavern be closed.

According to inspection records provided by WDGPH, three visits in April and May preceded a final June 23 inspection, when 19 violations were discovered – from mouldy ham and cheese, to overflowing garbages and sinks with “caked-on, dried food.”

An inspector’s comment in the June report described the kitchen area as “filthy” and the walls as being “splattered with food.”

“Peoples’ perception was that I was shut down because of that,” Duckett said.

The Tavern could have reopened had conditions outlined in the WDGPH report been met, but Duckett wouldn’t get the chance.

What happened between Duckett and Bensadoun can’t be readily verified, but can be described as a falling out.

Duckett agreed to an interview to quell rumours about the closure he says are circulating around town, but would not say what brought about the restaurant’s demise and why he was ultimately forced to leave.

What is known is Bensadoun told Duckett he needed to be out on July 19, the date Duckett packed up the restaurant’s equipment into a 53-foot trailer, bringing about an end to another iteration of the historic hotel and diner.

Following the building sale, tenants living in the 12 units above the restaurant were issued eviction notices.

Reached by phone, Paolo Pambianchi, who identified himself as a property manager for Mount Forest Green Management – a company listing Barbara Pambianchi as a board member – said current tenant areas need updating and it wouldn’t be feasible for people to remain living there.

“The building hasn’t been touched in a very long time.” 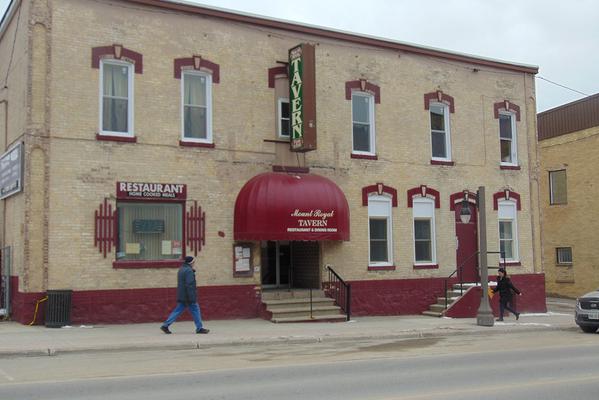 The old Mount Royal seen in 2018, when it was the Mount Royal Tavern. (Advertiser file photo)

Pambianchi wasn’t sure how many people are affected by the evictions, but said “we are going through the proper process” and that his “small, family business” wants to “work in a fair manner with the tenants.”

It’s likely the overall number of units will be reduced as some are blended to form larger apartments.

“That requires a comprehensive review of the inside of the building, and that requires engineers and architects to … make decisions,” he said, adding, “the apartments in their current incarnation won’t likely stay the same.”

Pambianchi was unable to speak to timelines for work to be completed, saying it has “a lot to do with when other [tenants] are able to find alternative housing.”

A specific move-out date is required for an eviction notice in Ontario, but Pambianchi declined to say what date has been given. 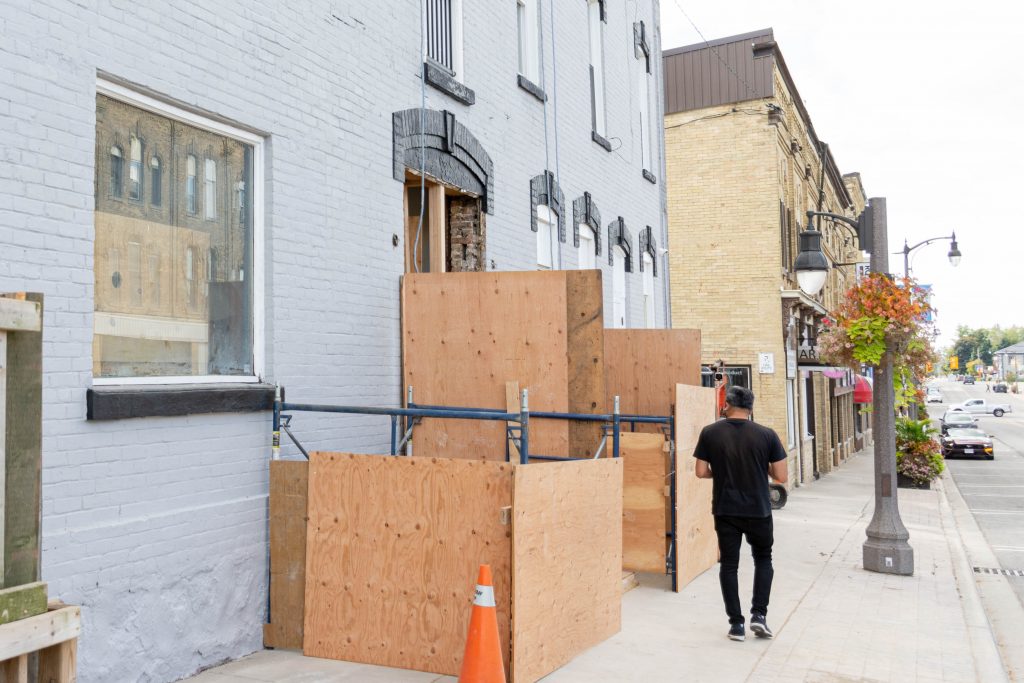 On a recent Sunday, Robert Lebbink stood outside of the building drinking from a carton of chocolate milk.

The 54-year-old has been living upstairs for around seven years and doesn’t know where he’ll go next.

Nor does a tenant of 30 years known as “Scotty”, who stood nearby smoking a cigarette.

“Half of the people in here don’t know what they’re gonna do yet,” said Lebbink.

Word of the evictions has spread across town, and two women passing by could be overheard speaking about the tenants.

“It’s a shame they all gotta find a place,” one of the women said, glancing at the building.

Lebbink said the eviction notice slipped under his door states he needs to be out by the end of November.

He’s upset about the situation and has accepted his lot—“there’s not much you can do about it”—but wishes more time was given.

“It’s just too short of notice, that’s all the bottom line of it is,” Lebbink said. “And that’s a bad time too, the end of November.”

Lebbink doesn’t own a car or a computer, and works full-time, leaving little time to hunt for a place in a town with few available options.

The potential of being homeless and living on the street looms as a very real possibility, bringing back memories from a short stint living rough in Mitchell several years ago.

“It’s not too bad, but in the wintertime it sucks a lot,” he remarked.

What’s next for the old Royal?

But before the new commercial tenant can move in, the “vintage” building “requires substantial updates,” he said, adding work will be focused on the exterior while the weather is warm.

Front-entrance stairs are in “terrible disrepair” and proper exits and fire separations are being constructed.

Once winter sets in, contractors will move on to indoor renovations, but Pambianchi says there are no plans to change the building’s general layout.

“We’re eager and happy to do the work here,” he said.

Pambianchi declined to name the new restaurant, but said the business is likely to open prior to Christmas.

As for Duckett, he’s biding his time and deciding what comes next: staying local and trying to open another restaurant, or returning to Toronto’s kitchens.

“I just assume that I’m going to do it again, which I want to do,” he said.