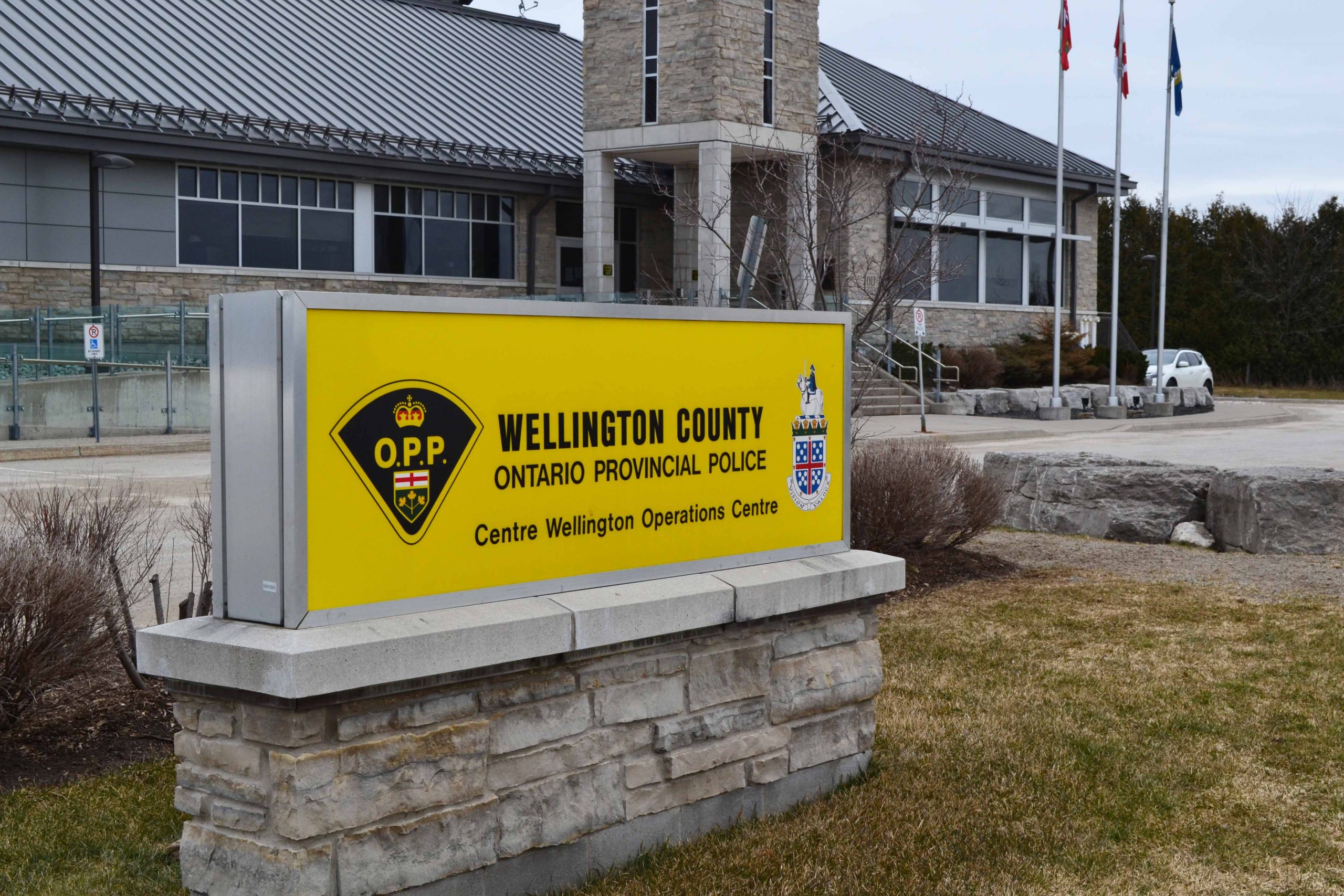 GUELPH – The cost to county taxpayers for policing is on the rise again in this year’s budget.

County treasurer Ken DeHart presented the policing portion of the county’s budget to the Police Services Board (PSB) on Jan. 11, providing an opportunity for members to discuss and modify the budget before sending it to the county’s finance committee.

The cost of policing will eventually be voted on – the earliest would be Jan. 26 – by county council when the overall budget is approved.

This year, each taxpayer will pay the Ontario Provincial Police $428.88 to cover the cost of policing the county — up slightly from a per-property cost of $428.34 in 2022.

This year’s fee is based on the number of residential, commercial and industrial properties in the county (41,100), multiplied by the OPP’s province-wide service cost of $165.66 per property.

The OPP then takes the province’s predicted 2023 call volume (178 million) and assigns the county a 3.21% share of the overall calls, adding another $139.74 per property.

Overtime, contract enhancements, and prisoner transportation add another $123.47 to the fee.

But every year the true cost of policing fluctuates and so the budget remains a best estimate until actual costs are reconciled.

For example, Wellington officers were sent to the Ottawa blockade last year, but the county doesn’t end up paying for that, as it eventually receives a credit back.

Work at the Teviotdale detachment, including exterior siding and furniture replacements, will be paid from reserves at a cost of $160,000, and another $100,000 will come from a general capital reserve to pay for a sprinter van.

The county will receive a $23,100 grant for RIDE programming, a $34,900 grant to reimburse the county for prisoner transportation, and a $224,800 Community Safety and Policing Grant for the continuation of a Support After Suicide program.

There are other costs above and beyond the OPP’s base contract, such as additional staff salaries and $40,000 in funding for Safe Communities and Project Lifesaver, that add to the overall cost of policing.

And transfers from reserves and debt adjustments reduce the cost.

Once the numbers are crunched, taxpayers are on the hook for an $18 million bill DeHart says would have decreased slightly, if not for staffing additions, including the salary for a sergeant’s position created last year and three additional civilian positions this year.

The civilian positions are being created for collision reporting at the Aboyne detachment, at a cost of $113,000 in this year’s contract.

The overall cost of policing accounts for 15% of this year’s anticipated total $120.49 million county tax levy (the second largest item after a 29% demand for roads and bridges) and represents a 0.6% increase in cost from last year’s preliminary policing cost of $17.88 million.

In an email responding to questions from the Advertiser, Warden Andy Lennox wrote that policing is expensive, but he believes council “is satisfied that taxpayers are getting good value for their money.”

Responding to a question about increasing budgets — the cost of policing in the county is predicted to rise to $23.97 million in 2032 — Lennox wrote that a growing county population will result in a growing police service and budget.

“We are very fortunate that with the support of our police service, we live in an exceptionally safe community,” Lennox stated.

In response to similar questions, new PSB chair Earl Campbell wrote that “by comparison to other municipalities” the county’s policing costs are acceptable and that he is “comfortable with the increase.”

“I feel we are getting a good return on service,” he stated.

“We have access to province-wide expertise, services, resources and specialized equipment which can be accessed as required.”

At the Jan. 11 board meeting, Campbell asked the board if there was anything members wanted to add or remove from what he called a “good news budget.”

After nobody spoke up, Campbell asked about police interest in restarting the OPP annual report that was published by WHA Publications Ltd. (the company that publishes the Wellington Advertiser) and circulated with the Advertiser for over a decade.

Former inspector Paul Richardson previously told the newspaper he was the one who made the decision to cease publication of the report, which was last distributed in 2018.

“I don’t believe there’s any funding for that in this budget and I think it was discussed … I was told Steve, and you guys weren’t really keen on doing it?” Campbell asked the current detachment commander.

Thomas said an officer spent “hundreds of hours” to put the publication together.

“Personally, I believe that we do want to be transparent here and we want to report on our activities to the public,” Thomas said.

“I think we do that in other ways currently, like through the Police Service Board report, and in our media reporting.”

He added, “I’m all for transparency and informing the public on what we do so I guess it’s the board’s decision if that’s something going forward.”

New citizen appointee to the board and former Erin mayor Allan Alls jumped in, changing the subject to the defunct school resource officer (SRO) program by asking if the program was indeed “a dead deal.”

Thomas confirmed the Upper Grand District School Board (UGDSB) had indeed put an end to the program that saw police placed in the district’s high schools several years ago.

The Advertiser has reported extensively on the UGDSB’s lengthy and intensive review of the program and a unanimous trustee vote that ultimately spurred the shift away from SROs to a new “community response unit” following their ouster.

OPP Sgt. Corrie Trewartha previously told the newspaper, in part, “We feel very strongly that we don’t need the physical school location … in order to engage, educate and interact with the youth of this community.”

Alls suggested board trustees “are regretting” their decision, and said “it really is a bit of a shame.”

Campbell brought the conversation back to the budget and suggested the board look at reviving the annual OPP report.

“I’m not going to sit here as a chair and say ‘we need to put it in this year’s budget,’” Campbell said, later saying taxpayers would be on the hook for between $15,000 and $20,000 for the county to fund the publication.

Campbell asked Thomas to “find out realistically what the interest level would be and what it would take.”

The board voted to send the budget to the county’s finance committee for further review and discussion.