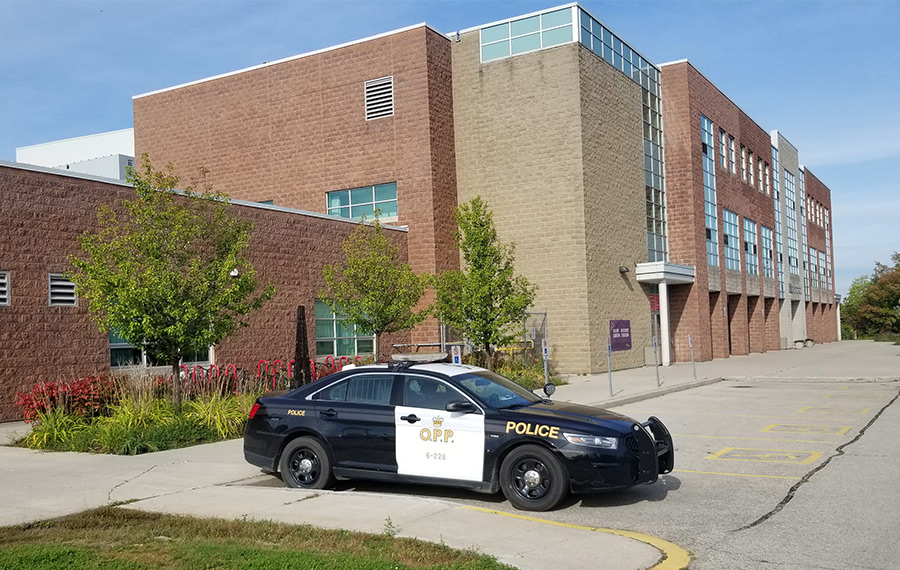 The move was made this past April after a report was produced by the Police Presence in Schools Task Force in response to concerns heard from the community over police relations.

During a virtual meeting of the Wellington County police services board on May 12, OPP Sgt. Corrie Trewartha gave a presentation highlighting how the agency is adapting to the forced change in the coming months.

Committing to three-year terms, four new officers will be hired for CRU pilot positions — two in July and another two in October. The former SROs will be eligible to apply for the new CRU positions.

Set to begin later this summer, the unit will focus on engaging youth through community hubs, sports associations and events, but officers will still respond to calls for service until relieved by front-line staff and provide a role in RIDE programs, execution of warrants, foot patrols and connecting with the public at community functions.

While the SRO program is effectively cancelled, police presence within the school system won’t stop entirely.

The Police Presence in Schools Task Force recommendations leave room for police to continue responding to “violent threat risk assessments,” and to continue delivering safety training and presentations — though presentations will be reviewed to ensure they match curriculum goals while “using an equity, anti-racist and anti-oppressive lens,” according to a May 11 UGDSB committee meeting presentation.

“We will work with the UGDSB to better understand what that recommendation looks like,” Trewartha said in part, responding to emailed questions from the Advertiser.

The Wellington OPP also has a “youth resiliency officer” who will continue to offer presentations touching on subjects such as illicit drugs and cyber bullying at elementary schools within the Wellington Catholic District School Board.

During the police services board meeting, Wellington OPP detachment commander Inspector Paul Richardson emphasized the trustees’ decision “does not mean the relationship between the OPP and the Upper Grand District School Board is severed,” and went on to say the agency was open to “any sort of partnership that will benefit our youth.”

Robin Ross, a north Wellington UGDSB trustee who was on the Police Presence in Schools Task Force and is the parent of a child in the school system, agreed with Richardson’s sentiment, saying in a phone call with the Advertiser, she was “excited” for the direction police are taking with the new unit.

“There was no direct educational outcome to having police there,” Ross said of the high schools, two of which she is a liaison for.

Without the public high school settings, officers will find other ways to engage with Wellington’s youth, Trewartha said during the service board meeting.

“We feel very strongly that we don’t need the physical school location, the bricks and mortar, so to speak, in order to engage, educate and interact with the youth of this community, or any of its members — there’s lots of opportunity on a daily basis to do this,” Trewartha said.

“Those relationships often spilled over into community events and provided positive interactions with those officers out of school and in regular everyday life,” Trewartha’s email read.

Wellington OPP is also considering the creation of a youth advisory council made up of two youth members, aged 13 to 18, from each of Wellington’s seven communities.

“We also want to hear from the youth as to what they want to see in the community and how we can work alongside of them in a positive, innovative and interactive way — their input is important,” Trewartha said.

Though “not always captured on cell phone cameras,” police are “usually quite well received” by youth in the community, Trewartha noted.

“Our officers frequently stop to play a pick-up game of street hockey, basketball or stop by a lemonade stand to support our youth,” her email read.

At a provincial level, the policing organization is studying the SRO program in partnership with the University of Waterloo, according to Richardson, who made mention of the detail during the board meeting.

— with files from Paige Peacock