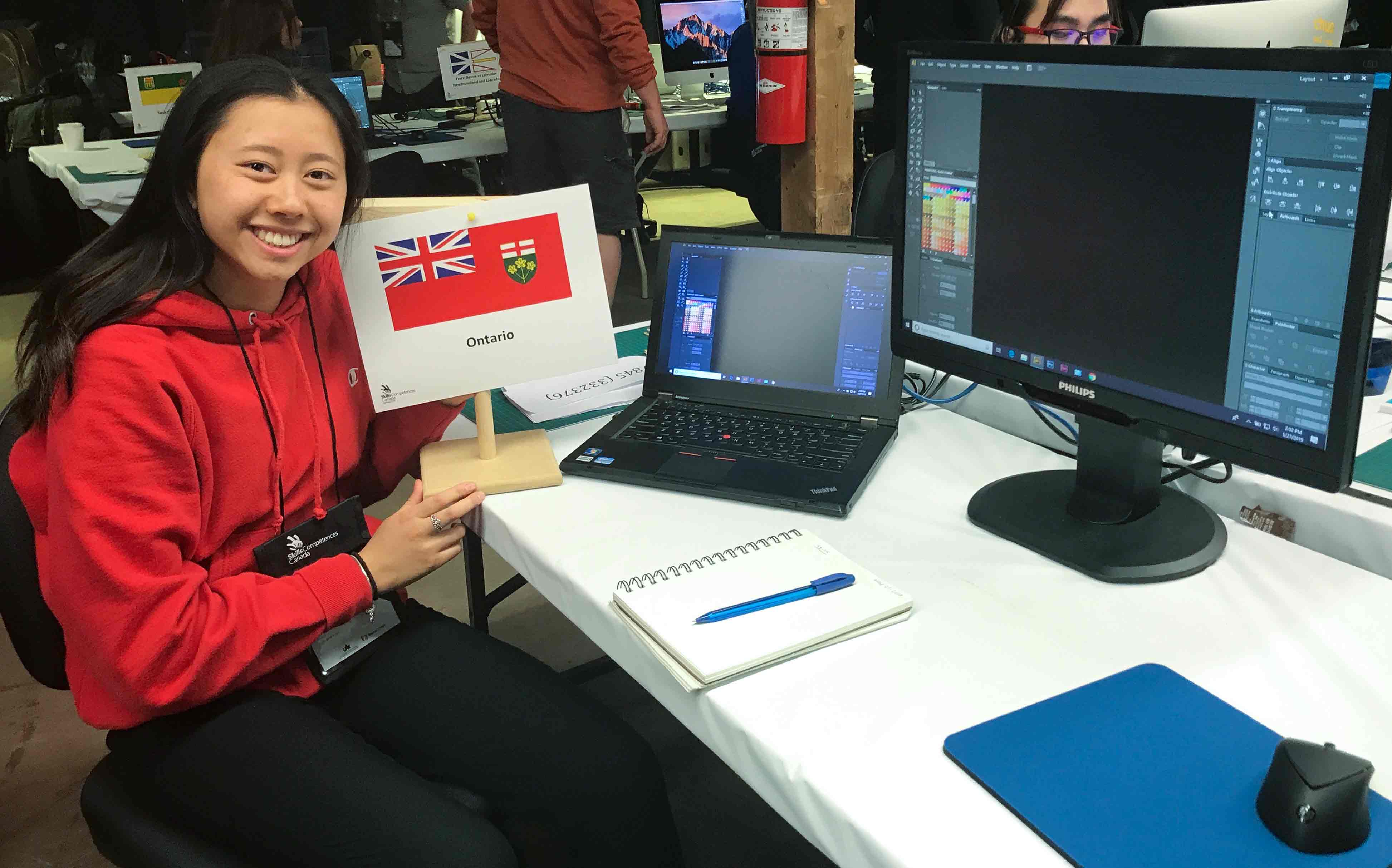 Nationals - Bishop Machonell Catholic High School Grade 12 student Elisha Levak, of Puslinch, was the sole Wellington Catholic District School Board student to attend the Skills Canada National Competition in Halifax, Nova Scotia at the end of May. She placed fifth out of 11 competitors. Submitted photo

GUELPH – The Wellington Catholic District School Board had one student competing in the Skills Canada National Competition at the end of May.

Bishop Macdonell Catholic High School Grade 12 student Elisha Levak, of Puslinch, competed in the Design Studio Production competition at the May 28 to 29 event.

“They’re given an assignment to do so it could be a branding assignment where they have to use their technical skills in Photoshop, Illustrator, InDesign and pull together basically a solution to that project over a given period of time,” said Levak’s coach Chuck Temple, communications technology teacher for Wellington Catholic.

Examples of different projects to test the students design skills include coming up with a logo for a restaurant and then coming up with a complete branding strategy for the company which could include a menu design, post cards, posters, brochures, vehicle wraps, etc.

Temple is also the teacher in charge at M and T Graphics Factory in Guelph, where Levak gained the knowledge necessary to excel in the skills competition.

“It’s a co-op,” Temple explained. “So she works, every day she comes here at 8 o’clock in the morning and she’s doing graphic design for not-for-profits, that kind of stuff, a group of students are.

“So they’re learning graphic design in the workplace so she was well prepared for this.”

Levak started the co-op in Grade 11 and she said she returned in Grade 12 to build her skills. This year is the first time she’s every competed in Skills.

“I wanted to try something new,” she said. “Plus I knew I wouldn’t have another opportunity to do this since I’m going to university next year.”

Levak did more than just participate in skills. She won the regional competition. She won the provincial Skills Canada competition which took place from May 6 to 8 in Etobicoke where she beat out 28 other Ontario students to take the Ontario title.

At the national competition, which took place in Halifax, Nova Scotia, from May 28 to 29, Levak placed fifth out of 11 other students who were the best of the best in their respective provinces.

“So when she comes to class every day and she’s working hard and she stays focused.”

Levak is planning to attend the University of Waterloo next year for business and marketing.

“I’ll use the skills I learned here in my future for sure,” she said.