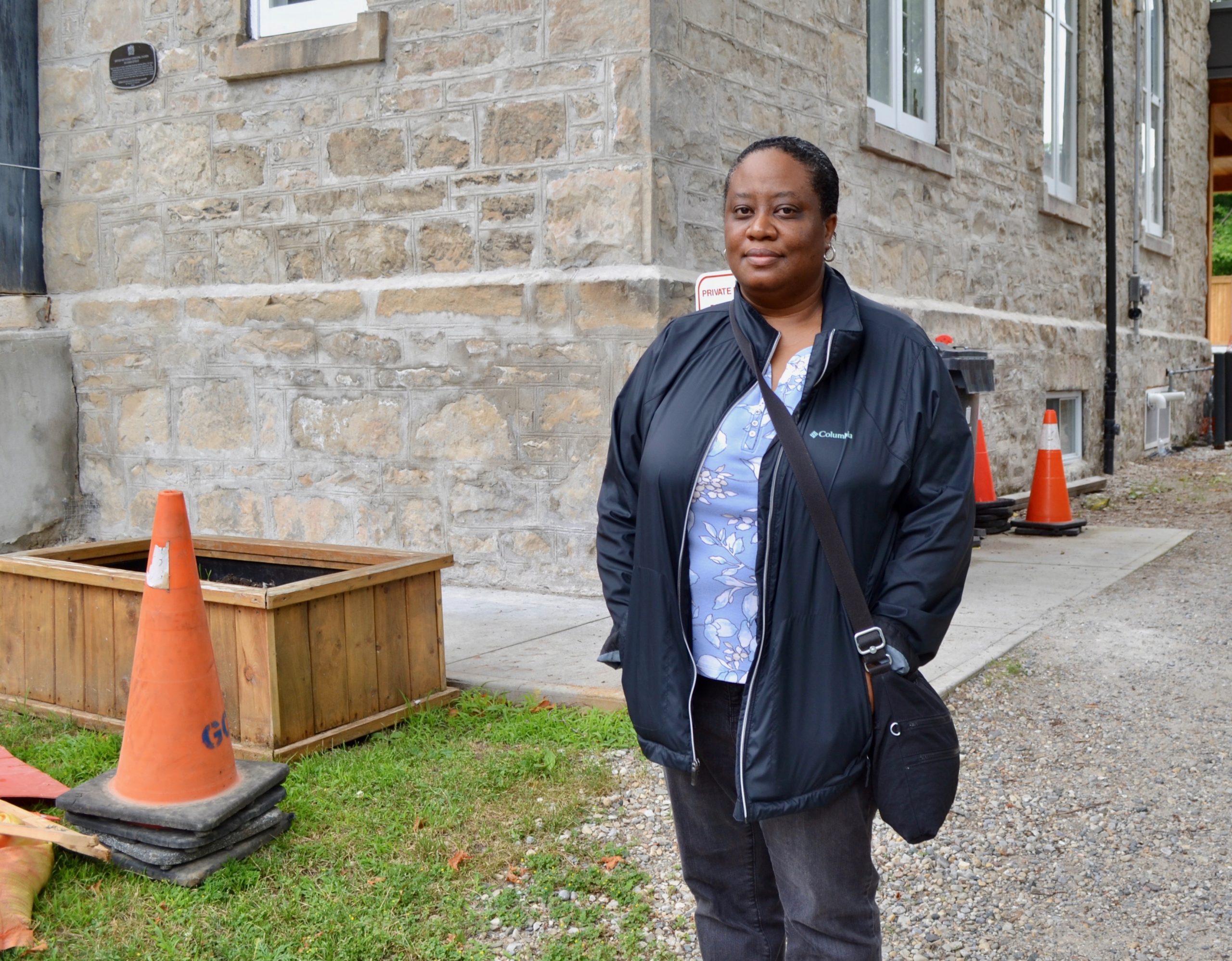 Denise Francis, president and treasurer of the Guelph Black Heritage Society, condemns the vandalism that has occurred at Heritage Hall since June's Black Lives Matter march in Guelph. Photo by Joanne Shuttleworth

GUELPH – Despite being the target of escalating acts of vandalism, the Guelph Black Heritage Society (GBHS) is calling for peace and calm among its members and the community at large.

“We will not be broken by hatred but rather rise up and continue to lead as a safe haven for our community during these times,” reads a tweet by the volunteer organization.

“The GBHS condemns all acts of violence.”

Denise Francis, president and treasurer of the organization, said Heritage Hall, at 83 Essex St. in Guelph, has been the target of escalating acts of vandalism ever since the Black Lives Matter march in June.

The peaceful protest saw about 5,000 people march through downtown Guelph calling for an end to racism.

Most recently – some time during the week of July 6 – the phone and internet lines were cut at the hall, which is owned by GBHS.

“We were three days without service until Bell could hook us up again,” she said in an interview outside the hall.

“You know how it is without internet these days. You can’t do anything.”

Francis said this is not the first time the hall has been vandalized.

“We’ve had intruders in the building so we’re beefing up security,” shge said.

“We’ve had seniors helping us with yard work who have been threatened with physical violence. We are a community under siege.”

And since June there have been threats made on social media as well, she said.

“I have to say we have gotten a lot of support. But right now, the negative is outweighing that support,” said Francis.

The Guelph British Methodist Episcopal Church was built in 1880 by former fugitive slaves who arrived here via the Underground Railroad.

The GBHS bought the church in 2012 with a view to making it a community space and a place to honour the history of Black people in Guelph and Wellington County.

The group has been doing extensive fundraising and the hall is currently under renovations to make it wheelchair accessible and to add a music room and Black literature centre in the basement.

The group intends to hold lectures, a speaker’s series, and to provide space for Black musicians and artists to perform and practice. The renovation is nearing completion.

GBHS was a key organizer of Guelph’s Black Lives Matter march and Francis said after seeing marches in other cities, she was nervous there could be violence here.

“But it was a watershed moment. And I thought things were improving,” Francis said.

She said the group won’t be intimidated and there is no turning back time.

“Change is happening. People will have to get used to it,” she said.