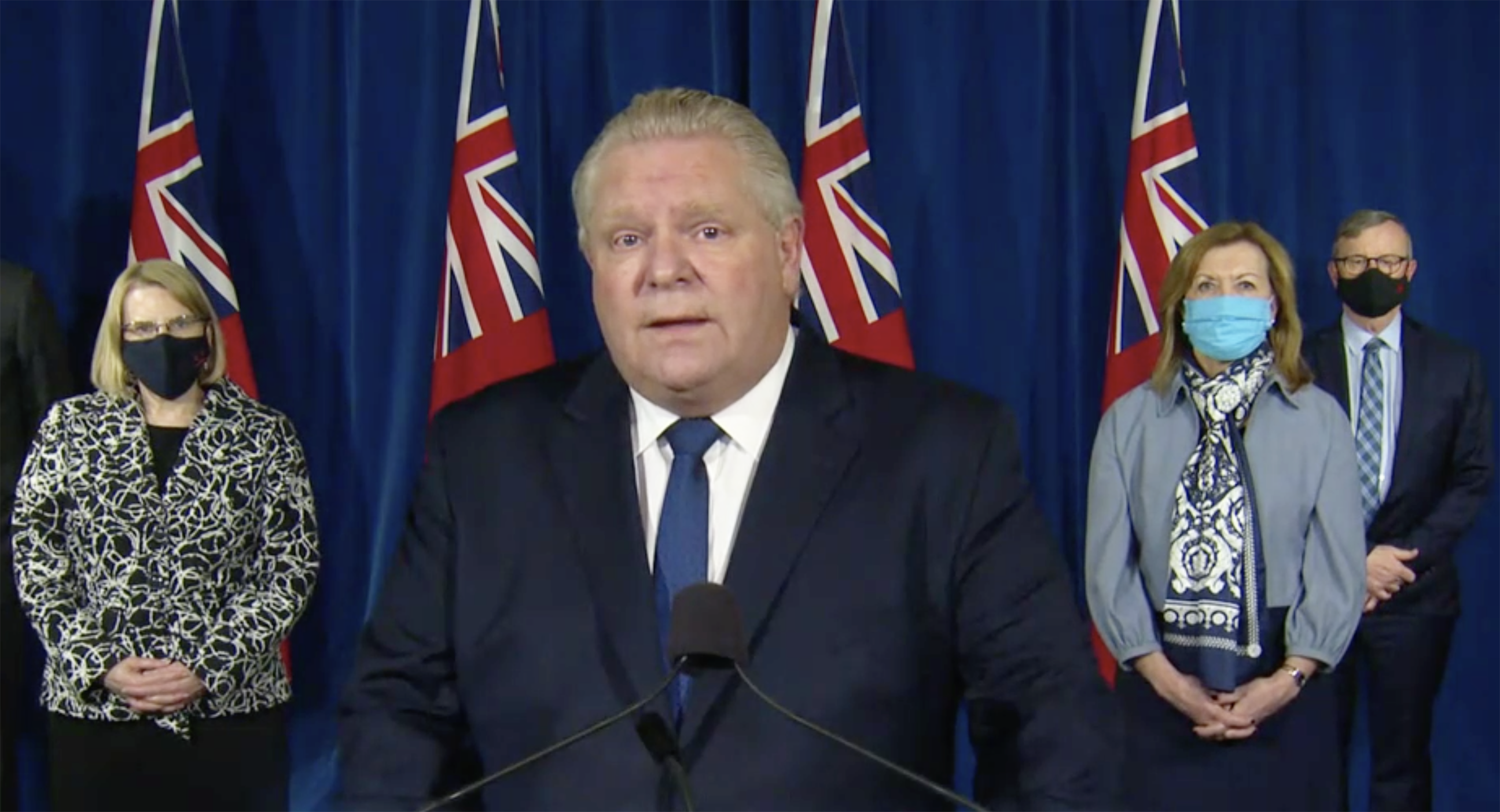 TORONTO – The Wellington-Dufferin-Guelph Public Health (WDGPH) region is expected to return to province’s colour-coded COVID-19 alert system on Feb 16 – but at what level remains unclear.

A stay-at-home order remains in place until that time, yet the province’s emergency declaration will not be extended past Feb. 9.

“This is not a reopening or a return to normal,” health minister Christine Elliott stressed during a Feb. 8 press conference.

Solicitor general Sylvia Jones stated the stay-at-home order will be “strictly enforced” until next week.

Premier Doug Ford thanked Ontarians for adhering to public health guidelines, which has led to a significant drop in recent weeks in the number of new daily cases across the province.

But, “We’re not clear of this storm yet,” Ford warned.

“This is a critical time … We need to keep bending the curve and we need to stay home as much as possible.”

Toronto, Peel and York regions are expected to return to colour-coded system on Feb. 22.

“I want you to know that we listened… We’re taking decisive action,” Ford stated.

Shopping will be permitted with public health and safety measures, including capping capacity at 25 per cent in most retail settings, in addition to measures that already exist such as mandatory masks and physical distancing.

The province says it will also strengthen health and safety measures in other alert levels of the alert system.

On. Dec. 21 Premier Doug Ford announced a province-wide lockdown, starting on Dec. 26, to help slow the spread of COVID-19.

Three weeks later, on Jan. 12, Ford noted Ontario’s health care system “is on the brink of collapse,” and announced a stay-at-home order, effective Jan.  14, requiring everyone to remain at home except for essential purposes such as purchasing groceries or medication, accessing health care services, exercise and essential work.

The emergency declaration was later extended to Feb. 9 while the stay-at-home order and other restrictions were initially put in place until Feb. 11.