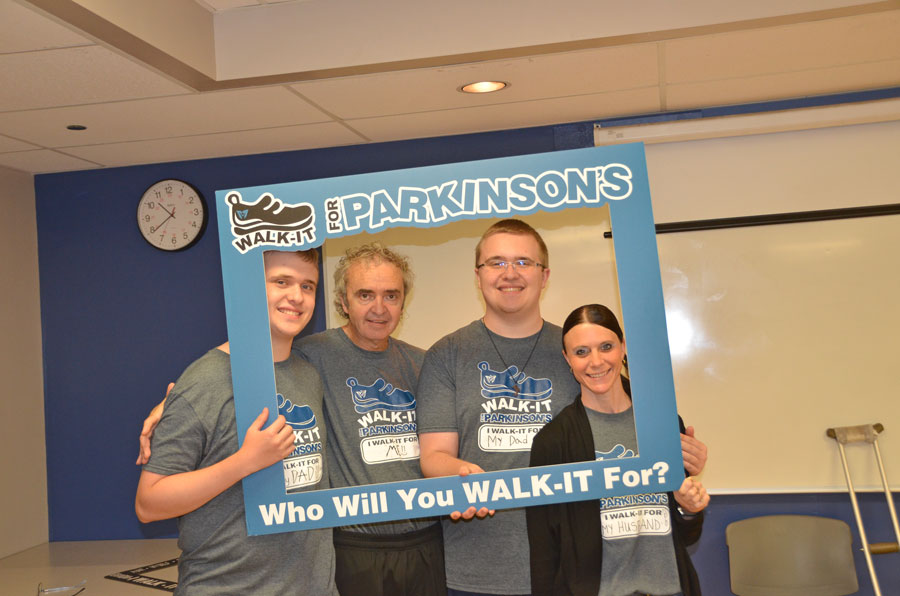 FERGUS – For the first time, Fergus will host a Walk-It for Parkinson’s fundraising event.

Organized by the  Wellington Dufferin branch of the Parkinson Society Southwestern Ontario (PSSO), the event will take place at the Centre Wellington Community Sportsplex on Sept. 7.

In previous years, the Wellington Dufferin event was held in Orangeville.

The Fergus Walk-It for Parkinson’s event will be one of 16 across southwestern Ontario in September. It will start with registration at 10am, followed by the walk at 11am.

The 90-minute walk through the sportsplex campground is open to all ages and abilities (sections of the route are paved). The event will include a barbecue, prizes, draws and more.

Organizers hope the Fergus Walk-It for Parkinson’s has 80 to 100 participants  and raises close to $25,000 for the PSSO.

Proceeds go towards research and education about the disorder, including Living Well Conferences and support groups.

“It creates a great awareness for the disease and for people knowing what it is all about and the funds are used for education and research within Southwestern Ontario,” said  Fergus event co-chair Robert Ecclestone. Ecclestone and his sister-in-law Chris Ecclestone  organized the event.

Parkinson’s is now the fastest growing neurological disease in the world, according to the PSSO. Approximately 10,000 people across southwestern Ontario suffer from the chronic progressive disorder.

Physical activity “is huge” in helping to slow the progression of Parkinson’s, Ecclestone said.

Being involved with the organization has a personal significance for him.

Ecclestone, who has been volunteering with the PSSO for the last few years, was himself diagnosed with Parkinson’s in 2007.

“It has slowed down my daily life a fair bit, at work and my extracurricular activities and stuff have drastically decreased,” he said of the disease.

Last fall he had deep brain stimulation surgery, which he said “kind of changed around things a little bit for the good.”

Volunteering and participating in Parkinson’s support groups have benefitted  Ecclestone.

“That part of it is really important and I encourage people to go to support groups,” he said.

“I mean I didn’t want to go to one and as soon as I started going it was the best thing to share your stories and find out other things.”

For more information or to register for the event visit http://events.parkinsonsociety.ca.