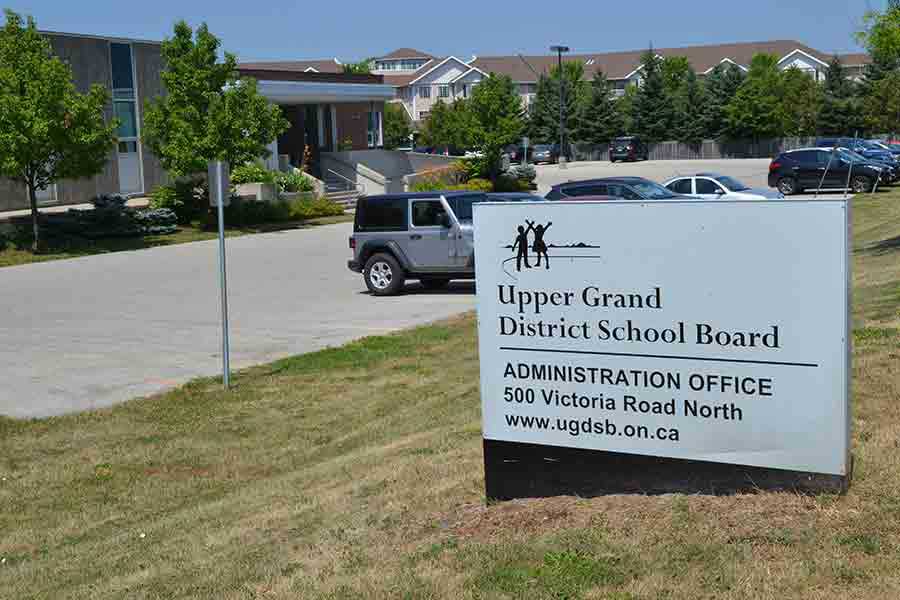 The Black Lives Matter movement is drawing attention to systemic racism at all levels, in all institutions, but at the Upper Grand District School Board, anti-racism, anti-oppression and anti-bias initiatives have been ongoing for years.
Photo by Joanne Shuttleworth

GUELPH – The Black Lives Matter movement is drawing attention to systemic racism at all levels, in all institutions, but at the Upper Grand District School Board, anti-racism, anti-oppression and anti-bias initiatives have been ongoing for years.

Cheryl Van Ooteghem, superintendent of education for south Guelph and Centre Wellington, and Jessica Rowden, equity lead for the board, told the Advertiser on July 3 that the board’s equity plan began three years ago when they started collecting diversity data.

Participants were asked to share personal and systemic experiences of oppression and racism in the board.

“It was done voluntarily and anonymously, and it was a good start,” Rowden said. “From that we’ve made a new plan with stronger language. We’re naming bias and racism.”

Rowden said the equity steering committee has broken down into smaller sub-committees with each looking at one of Black, Indigenous, poverty and homelessness, LGBTQ, and gender equity  issues in schools. These subcommittees are comprised of staff, families and students.

The subcommittees will continue to collect data and stories “and will advise the work of the greater equity committee,” Rowden said.

She said hearing and listening, followed by reflection and action, are what makes Upper Grand’s approach to equity and racism effective.

Along with language, the plan has been strengthened too, she said. All staff at the Upper Grand – from teachers to custodians to office staff to board executives and trustees – are required to take equity training, which will commence this fall.

That will bring all staff in line with the board’s statement on equity as posted on its website: “It is the policy of the Upper Grand District School Board to ensure a safe and inclusive learning and working environment for all students, staff and the community, regardless of age, ancestry, colour, race, citizenship, ethnic origin, place of origin, creed, disability, family status, marital status, gender identity, gender expression, socio-economic status, employment, housing, sex and sexual orientation.”

“We know they are just words, but they are words followed by action,” said Van Ooteghem.

“The school system is on holiday in the summer, but the work doesn’t stop in the summer. Equity will still be taking a front seat in September. This is not just a May 25 situation.”

Rowden said a survey to staff and families points to things the board is doing right, like translating communications into multiple languages, and having strong Black history month groups and gay-straight alliances at schools.

“We’ve received criticism about not having culturally-appropriate foods in school cafeterias, needing washrooms for trans and non-binary folks, prayer rooms, and even just guidance on how to navigate conversations connected to race,” she said. “This work will be ongoing.

Van Ooteghem said the board is also reaching out to recent graduates, asking them to talk about racism and how the board can do better. She said some outreach has been done already and more will occur in August and September.

Kyra Nankivell is one recent graduate of Centre Wellington District High School who had a lengthy conversation on July 6 with her former principal and vice principals about her experience as a Black student in a largely white community.

“They were really open-minded,” Nankivell said in an interview after the meeting.

“They listened, they didn’t interrupt, and I really felt they wanted to make a change at the school.”

Nankivell said she suggested bringing in Black speakers for career days, and to take students on field trips to African markets rather than just St. Jacob’s.

“Exposure is the big thing,” she said. “White students aren’t always exposed to different cultures and Black students need to see that Black people can be lawyers and doctors too.”

Nankivell has drawn some recognition locally as she was one of the organizers of the Black Lives Matter march in Fergus.

The board is also re-examining resources and course material with a fresh eye to racism. No books have been pulled from school libraries, but schools are encouraged not to use To Kill a Mockingbird, for example, as it can make students feel uncomfortable and even not safe. And it contains the ‘N’ word.

“We’re asking high schools not to use that book,” Van Ooteghem said.

“Racialized students in the classroom have reported that they do not feel safe, and safety trumps everything in schools. There are many books with the same message that don’t make students feel uncomfortable.”

Rowden said that it takes a system to institute systemic change and that work will be ongoing.

“This is not just the work of the equity committee though. This will take work from every single one of us. It’s a call to action and the kind of opportunity that comes along once every couple of generations,” Van Ooteghem said.