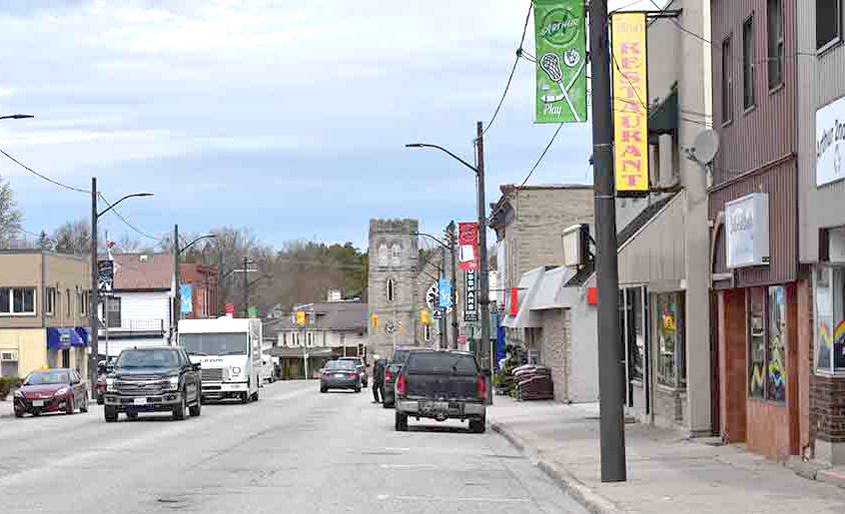 Wellington North is applying for funding for local infrastructure projects ranging from a backup generator for the arena in Mount Forest to traffic calming measures through a federal/provincial program that supports health and safety related projects. Choker lanes to calm traffic in downtown Arthur, above, are among the proposals. Advertiser file photo

WELLINGTON NORTH – This township will seek funding for local infrastructure projects ranging from a backup generator to traffic calming measures, through a federal/provincial program that supports health and safety related projects.

At the Dec. 14 meeting, council directed staff to apply through the Investing in Canada Infrastructure Program (ICIP) COVID-19 Resiliency Infrastructure Stream for:

The projects were recommended by the township’s recreation, parks and leisure committee.

Operations director Matt Aston explained the generator and the choker lane projects were viewed as priorities for the application.

“I think that’s a much-needed item that’s finally going in, as we have agreements with seniors homes and stuff like that to have the Mount Forest arena as an emergency shelter.”

McCabe added, “It wouldn’t be much of an emergency shelter if all the hydro was out and we didn’t have a generator in there … and then the choker lanes and the sidewalk go right to the heart of this application – to get people out and walking more, and walking safely as well.”

Chokers are traffic calming measures that reduce a two-lane street to one lane at the choker point (or two narrow lanes), requiring motorists to yield to each other.

“We hear lots of comments about traffic speed and pedestrian safety and it’s well known that narrowing the traffic lanes helps to slow the traffic down, so those choker lanes are good for that.”

The mayor added, “We don’t have them anywhere else at this point, but it may be something we want to consider elsewhere in the future depending on how well that works.”