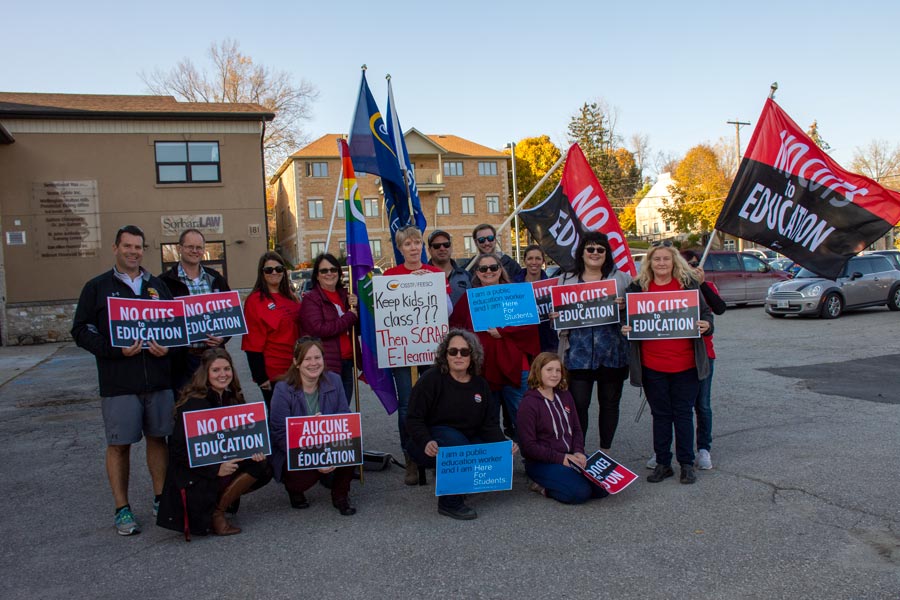 GUELPH – All public and Catholic schools in Wellington County – both elementary and secondary – are set to close on Dec. 4 as a result of OSSTF job action.

The union announced last week that OSSTF (Ontario Secondary School Teachers’ Federation) members  would participate in a “one-day, province-wide full withdrawal of services” if a new agreement with the province was not reached.

“It’s clear from these past two days of bargaining … that our action is having no impact on the tone or substance of negotiations,” OSSTF president Harvey Bischof stated on Nov. 28, referencing OSSTF job action that started on Nov. 26.

“This withdrawal of services causes significant impact to all UGDSB schools, including our capacity for effective supervision and ability to ensure student safety,” officials wrote in statement on the board website.

“School safety in an inclusive environment remains of paramount importance to us,” director of education Tamara Nugent wrote in a letter to parents/guardians.

“OSSTF represents 267 of our 870 school-based staff. As such, we would not be able to safely operate our schools.”

The school board is recommending that families make alternative plans as soon as possible for Dec. 4.

Minister of education Stephen Lecce said the government is looking for deals that keep students in school.

“Strikes hurt kids,” he stated in a press release. “For teacher unions to leave the table, to turn their back on our children, and to escalate to the point of compromising their education, is deeply troubling for parents and our government.”

Bischof said OSSTF officials recognize the one-day strike will disrupt “the lives of students and parents,” but  he stressed the union can not “stand aside and do nothing while the long-term interests of students are being compromised by the Ford government.”

Some of the services ETFO members have withdrawn from include:

– participation in professional learning or training;

– completion and filing of report cards; and

The Ontario English Catholic Teachers’ Association announced on Nov. 29 it was applying for a “no-board” report, which puts the union in legal strike position 17 days after it’s issued.