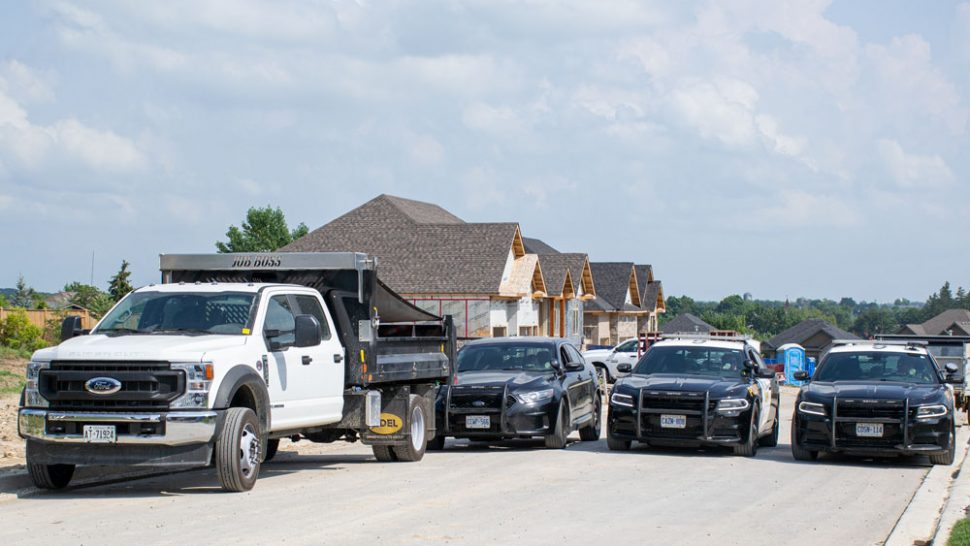 Wellington OPP are seen with a stolen Ford F550 in Drayton on Aug. 26. The truck was abandoned by suspects who fled the area. Photo by Jordan Snobelen 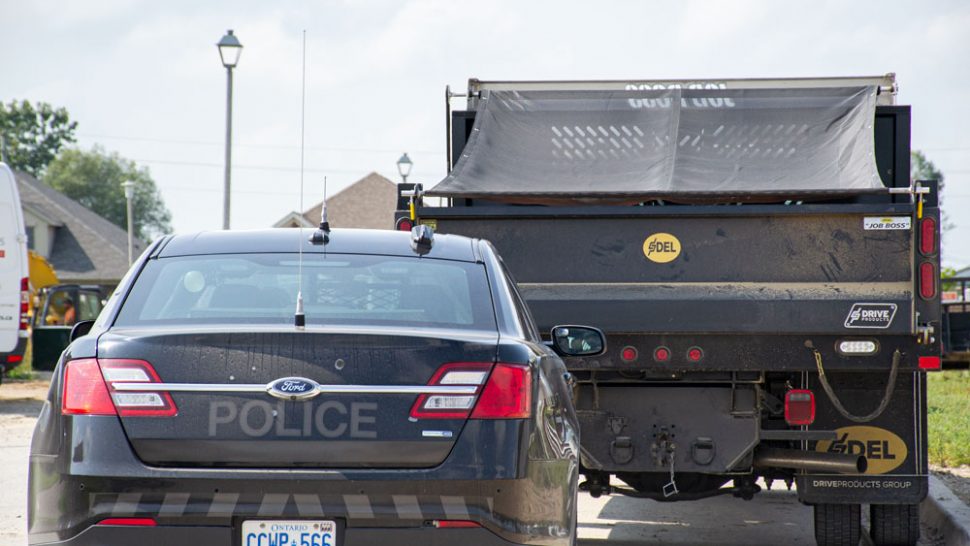 A Wellington OPP cruiser is seen behind a stolen and abandoned Ford F550 in Drayton on Aug. 26. Photo by Jordan Snobelen 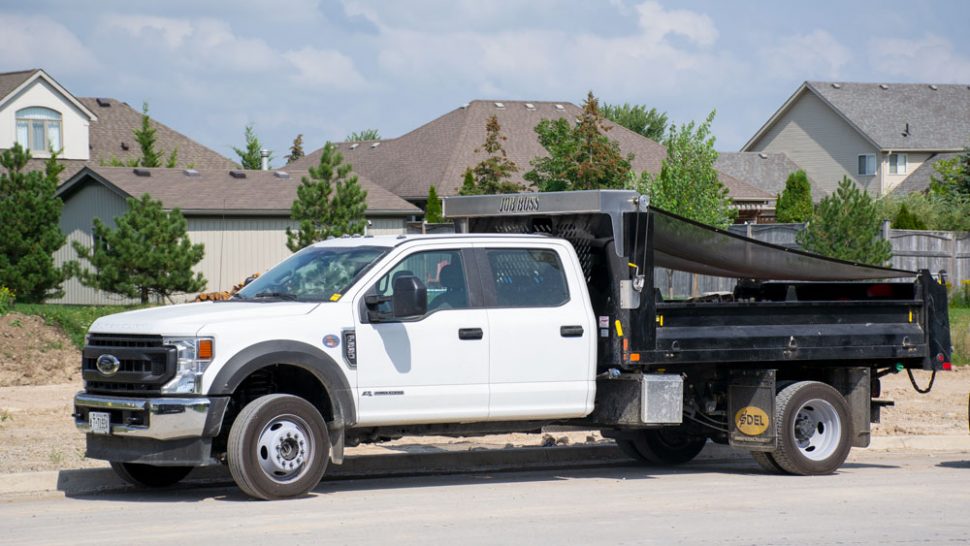 This Ford F550 truck was stolen from outside of Wellington County and located by Wellington OPP. Suspects abandoned the vehicle in Drayton on Aug. 26 before fleeing the area. Photo by Jordan Snobelen

The Advertiser has been in regular contact with Wellington OPP media relations staff since the Aug. 26 incident, but only received details of what transpired on Sept. 22.

A driving complaint called in shortly before 1:30pm on the Thursday in August reported a black and white Ford F550 truck driving erratically on Wellington Road 14, according to an email from Wellington OPP media staffer Cheri Rockefeller.

An OPP dispatcher discovered the truck had been stolen from outside the county and a Wellington OPP officer attempted to stop it after seeing it at a local gas station.

Rockefeller said in an email, the driver of the truck did not stop and “drove aggressively away” from police who “followed the vehicle down a gravel road.”

A spike belt, used to puncture a vehicle’s tires, was avoided by the truck.

It was then police stopped going after the truck, according to the OPP’s official account of events.

Around 2:30pm in a new subdivision in Drayton, a local home builder was working on a new home’s foundation in the oppressive afternoon sun.

The contractor, who wished not to be named in this story, told the Advertiser he saw the truck come to an abrupt stop on the road (Carriage Crossing) in front of him and looked on as a man and women got out in a hurry, luggage in tow, and made off toward Mitchell’s Creek and Conestogo Trail.

Thinking it strange, the man stopped his work and called 911.

It turned out the contractor was looking at the very truck the OPP had been dealing with for an hour prior.

The Advertiser observed officers on foot near the river and patrolling Drayton streets.

Police were unable to locate either of the suspects.

Details about the suspects were not provided and it’s unknown if they are still being sought.